When condoms actually increase the likelihood of pregnancy: Wait, what?! 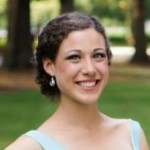 February is National Condom Health month. Some people are going to use this opportunity to passionately advocate for condoms, while others may actually use it to vehemently oppose them. Among those who promote fertility awareness based methods (FABM) of family planning and the body literacy that comes with them, opinion is split on the topic of condoms. I am simply going to use this opportunity to highlight one little-known (and pretty remarkable) fact: there are times when using a condom actually increases the likelihood of pregnancy.  Hang in there—please let me explain! 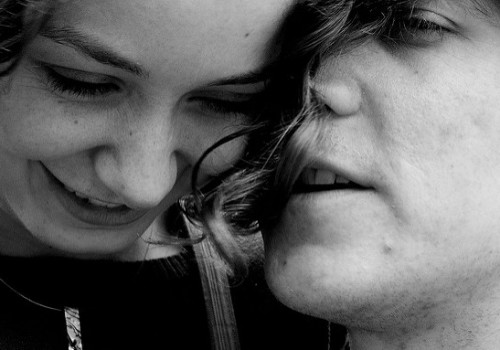 The title of this article seems like a joke, doesn’t it? As we all know, condoms are a form of birth control. Although they are relatively ineffective (the CDC reports only an 82% effectiveness rate[1]), and don’t prevent nearly as many diseases as one may think[2], condoms can still prevent pregnancy more often than not. If a woman happens to be fertile on a given day, condoms can lessen the likelihood of pregnancy. Condoms also are free of the health risks associated with any form of hormonal birth control or risks related to other birth control devices like IUDs or Essure. As a result, some people choose to “supplement” a fertility awareness-based method (FABM) with condoms. Since condoms are another method of preventing pregnancy, wouldn’t it make sense that using condoms in addition to an FABM would exponentially decrease your likelihood of achieving pregnancy? (i.e. by adding an additional layer of protection so to speak? No pun intended…)

When condoms don’t work the way you intend

Although it may be counterintuitive, using condoms with FABMs actually reduces the FABM’s effectiveness rate. Couples who use FABMs know when the woman is going through the fertile part of her cycle and can avoid pregnancy by abstaining during that time. Some of these couples choose to use condoms (or another barrier method), however, during fertile times. The one benefit these couples gain over those using condoms all the time is that when the woman is not fertile, they get to pass on the condom. However, their rate of success in avoiding pregnancy is, at best, only as good as that of the condom: 82%. In this case, your success rate is only as good as that of the worst method you are using, like a chain with one weak link.

When couples using an FABM choose to have intercourse with a condom during the woman’s fertile time, they are having sex with a far less effective family planning method at the one and only time in the woman’s cycle when she could get pregnant. During that period, any intercourse has a high risk; any failure of the condom will most likely result in pregnancy. FABMs’ impressive effectiveness rates (up to 99%!) are wholly thanks to abstinence during the fertile times. When you combine an FABM with a barrier method, you are stuck with the barrier method’s low effectiveness rate. You completely lose the effectiveness of the FABM.

“Because the fertile phase is the only time in the cycle in which you can possibly get pregnant, this is the time when abstinence is necessary if you’re determined to avoid a pregnancy,” writes Toni Weschler in Taking Charge of Your Fertility. “If a condom is going to fail, this is the time it would really matter!”

The benefits of semen also extend beyond the physical. First, semen contains many mood-elevating compounds such as endorphins, estrone, prolactin, oxytocin, thyrotrpin-releasing hormone, and serotonin.[5] Second, it is full of prostaglandins that bond the couple to each other.[6]

At the end of the day, it’s important to be as informed as possible about the family planning method you choose. Sometimes it’s hard to navigate your way through all the condom propaganda, whether it’s pro-condom or anti-condom. Stick to learning the facts—you deserve it. You don’t want to put yourself in a situation where the condom you use does the exact opposite of what you are hoping it will do!

Molly Marie Daley received her bachelors degree in Religious Studies and Arabic from The College of William and Mary, and holds a Juris Doctor from The University of Maryland School of Law. A few short weeks before the bar exam, she decided to forego a traditional law career in exchange for an adventure in promoting fertility awareness and natural family planning. She lives in the San Francisco Bay Area with her very patient husband Nick.

6 Responses to When condoms actually increase the likelihood of pregnancy: Wait, what?!