Is Using Condoms with Fertility Awareness a Good Idea? 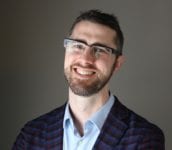 Many women are already sexually active when they consider switching from the Pill to Fertility Awareness-Based Methods (FABM) of family planning, and the question of using a condom or other barriers during the transition to fertility awareness comes up. 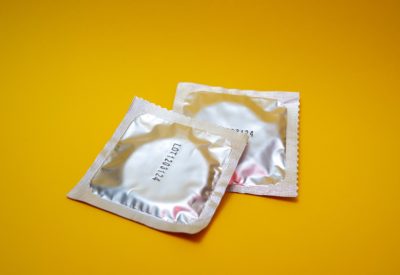 For a woman to start on the journey of learning to rely on her own body through fertility awareness or natural family planning, it is necessary that she stops taking hormonal contraceptives. It also means that the couple may have to make some major changes in their sex life. This adds to the challenge of acquiring a level of confidence with fertility awareness that will enable the couple to stop using contraceptives altogether. The next natural question is: should you use barrier methods while you’re learning to use fertility awareness methods? If not, why not? Does it mean that you will have to abstain from intercourse for 3 months to get the hang of a fertility awareness method and become confident in the process? Here are some recommendations addressing those questions from a medical and user point of view.

Can you trust NFP for avoiding pregnancy?

As mentioned, most women are already sexually active before gaining knowledge of their body’s fertility cycle.  This definitely adds to the challenge of acquiring a level of body literacy that would give a woman the confidence to forego contraceptives altogether. But should she rely on barrier methods of birth control such as condoms with fertility awareness while she’s getting the hang of a FABM? As a fertility-focused MD, I would say no.

For one, in order to begin trusting yourself to read your body’s signs, you need to jump all in. Having barrier methods to fall back on may inhibit a woman from learning the method confidently enough to rely on it as an effective form of family planning.

Most methods of Natural Family Planning (fertility awareness methods) recommend that you don’t have sex at all while learning a method (which typically takes at least three cycles). Why is this? It all has to do with equipping women to read their biomarkers of fertility as clearly as possible, in order to precisely identify her cycle’s fertile window.

Recognizing peak fertile mucus (clear, slippery, and stretchy) over the course of a cycle can be easy for some, but this only identifies ovulation. The difficulty is understanding when your fertile window begins. This is when you start producing fertile mucus as estrogen rises in the early part of your cycle. In this mucus, sperm can live for up to 7 days while they wait in the cervix for ovulation to occur.  This change of sensation, or visible discharge, is much more subtle than peak fertile changes. Abstinence from all sexual contact during the days preceding peak fertility ensures that discharge changes related to genital contact does not confuse the observations of the mucus.

The effect of condom use on the ability of a woman to observe these changes is uncertain, but still ill-advised.  Especially, if a couple is avoiding pregnancy, targeted condom use during the days of peak fertility would be unwise. If the couple got pregnant during that time, they could not blame fertility awareness, because the woman’s body was telling them it was a very likely time for pregnancy to occur.  In this way, condom use, especially during the fertile window, can give a couple a false sense of security against undesired pregnancy, which could keep the couple from taking the woman’s fertile signs seriously.

Better backup than a condom

Fortunately, for women who want an added level of security as they’re in the learning mode, I think there is a better way.  Remember the peak fertile mucus I described above? In addition to being noticed in a woman’s discharge, it can be confirmed with increased certainty by using an Ovulation Prediction Kit (OPK), Basal Body Thermometer (BBT) or at-home urine progesterone test (Proov).  OPKs check for Luteinizing Hormone (LH) which lets you know that ovulation is about to occur. BBT and Proov are elevated after ovulation and give the user confidence that the rest of the cycle is infertile because ovulation has already occurred (the egg, once released, only lives 12-24 hours).  This means that couples in the midst of learning a Fertility Awareness-Based Method would only need to abstain from sex for the first half of each cycle, to ensure they correctly identify the opening of the fertile window.

The bottom line is that fertility awareness is highly effective for avoiding pregnancy, achieving pregnancy, and monitoring your health.  Like anything else worthwhile, it takes work to learn the signs of your body and feel confident using them to make important health and family-planning decisions.  Condoms not only confuse the intentions of fertility awareness, they also create a false sense of security that can set a couple up for failure in the present and in the future. Fortunately, there are technologies that work hand-in-hand with fertility awareness that can better equip couples to gain confidence that they are properly identifying ovulation while they are still learning the method.