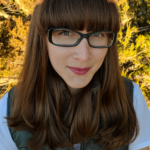 Imagine being told you have cancer. It would be overwhelming enough to find out that you’re sick. Now imagine that the treatment–which is your best shot at saving your life–might mean you’ll never get to have biological children someday.

This emotionally fraught catch-22 is the reality for many; while potentially lifesaving, cancer treatment can leave women and young girls infertile. For some, this can be the most devastating part of having cancer. And, while artificial reproductive technologies (like egg and/or embryo freezing) have been encouraged for decades prior to undergoing cancer treatment as a means of preserving reproductive potential, they are not without their own pitfalls. However, there is another technology that may preserve one’s reproductive capacity, though few in the United States may have heard of it: Ovarian tissue freezing.

The problems with egg and embryo freezing

If a woman is diagnosed with cancer in the United States, she is likely to be offered a bevy of artificial reproductive technologies (ART) as a sort of workaround for the fertility damage that can be sustained from aggressive cancer treatments.

Most people are familiar with egg and embryo freezing as ways to preserve one’s ability to have biological children before treatment begins, but these technologies require considerable medical intervention and are not always successful. In fact, the average success of the first round of in vitro fertilization (IVF) is about 41% for a woman younger than 35, and that number goes down considerably as she ages [1]. Not only are ART treatments something of a gamble, but they are also extremely costly. In addition, they carry increased risks: ART drugs that hyperstimulate women’s reproductive systems may come with (as yet unknown) long term risks, and IVF is known to increase the risk of pregnancy complications. Finally, some people are morally and ethically opposed to ART procedures.

But women with cancer and parents of young girls with cancer may find hope in another method of preserving fertility prior to undergoing cancer treatment, one that could truly preserve their reproductive capacity–that is, their ability to ovulate–rather than just a few eggs or embryos. This technology is called ovarian tissue freezing (also known as ovarian tissue transplantation or ovarian tissue cryopreservation).

With ovarian tissue freezing, the patient has either part of her ovary or her entire ovary (and sometimes even both ovaries) surgically removed and frozen before cancer treatment begins. Later, the tissue is thawed and surgically placed back into the body, also known as transplantation.

If successful, the ovarian tissue regains function, typically within four to five months, and allows for natural conception of a baby without additional medical intervention, such as IVF [2]. Ovarian tissue freezing also need not delay cancer treatment, as the tissue can be collected right away.

Even so, the data that is available suggest that ovarian tissue freezing can work: According to a 2017 meta analysis by Dr. Oktay and his colleague, Fernanda Pacheco, at least 130 children throughout the world have been born this way, and it is believed that an estimated one in three women who undergoes this procedure will eventually give birth to a baby [5]. Therefore, Dr. Oktay has concluded that success rates with this technique have reached “promising levels,” and that ovarian tissue freezing should be considered a viable option for preserving fertility in women needing cancer treatment.

Dr. Oktay also found that among women with available data on ovary function, 64% of them regained hormonal function of their ovaries, which is critical to prevent women from starting menopause early. Ovulation is also key to a young woman’s health and well-being, with important effects on her bones, immune system, heart, and brain.

The transplanted ovary may not function as long as one that has never been frozen and transplanted, but evidence from Germany suggests that the transplanted ovary should function for an average of two to five years, with examples of some women conceiving five and six years after transplantation and birthing healthy babies [6]. Ovarian tissue freezing also does not appear to pose any increased risk to the woman or any babies she may later conceive.

The American Society for Reproductive Medicine declared in a 2019 committee opinion that ovarian tissue freezing is an acceptable technique to preserve fertility, and that it no longer considers the procedure experimental [7]. However, the procedure is still not widely used in the United States, although it may be available at larger hospitals in major metropolitan areas that offer other fertility preservation techniques, such as egg freezing. Conversely, European countries have willingly embraced ovarian tissue freezing for years. This is especially true in Germany, where ovarian tissue freezing is now more common than egg freezing [8]. And, in Belgium, a group of doctors has been offering ovarian tissue freezing before starting chemotherapy to all women younger than 35 since 1996, asserting that to do so is their ethical responsibility given that approximately one-third of women become infertile after chemotherapy [9].

Despite the promise of ovarian tissue freezing, more data is needed

Women who undergo ovarian tissue freezing have been found to have pregnancy complications, such as preeclampsia, but the proportion mirrors that in the overall population [10]. Studies have also shown that babies are carried to term and born healthy and within a normal weight range [11]. Only one baby has been born with a rare condition that affects the limbs, but there was a family history of other limb malformations.

Researchers from Germany have concluded that although there needs to be a larger number of births from this technique to have a reliable assessment of birth defects, it is unlikely that there will be a higher risk of damaging the baby’s DNA with ovarian tissue freezing compared with freezing eggs (yet another point in favor of ovarian tissue freezing over egg freezing) [12].

While ovarian tissue freezing is not a guarantee that a woman will go on to successfully conceive, carry, and deliver a biological child, it is clear from the data that the procedure holds promise–and at least as much as artificial reproductive technologies that, for a variety of reasons, many women may wish to avoid. Perhaps most importantly, this technology offers hope. For that reason, more American women should be made aware that it is a viable option for preserving their fertility when facing the prospect of cancer treatment.

[13] Mattingly A. Fertility preservation in patients with cancer: What the surgeon needs to know | The Bulletin. The Bulletin. https://bulletin.facs.org/2021/11/fertility-preservation-in-patients-with-cancer-what-the-surgeon-needs-to-know/. Published 2021.

Before Egg Freezing, Try This

Have You Been Told You Have “Low Ovarian Reserve?” What That Means for Your Fertility

IVF and Restorative Reproductive Medicine Stories: What they have in common, and how they differ

The Affordable, Effective Alternative to IVF No One Talks About

The Dark Side of the IVF Industry, From a Survivor