The hidden costs of IVF: heartbreak, health risks, and helplessness

posted on February 4, 2018 by Naomi Whittaker 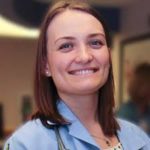 In medical school, I was taught to first ask patients about the symptoms that brought them in (i.e. chief complaint and review of systems). Instead, the approach of the infertility industry (also called Assisted Reproductive Technology or ART) often focuses on which cash-pay procedure the patient can afford. Here are the words many couples hear when they walk into an REI clinic (Reproductive Endocrinology and Infertility Specialist):

“You haven’t been able to get pregnant. Well, we could go straight to IVF or you could try IUI (intrauterine insemination) first to get a discounted rate on IVF.”

“Look at this chart of how your egg number is drastically declining with age.”

Urgency, fear of one’s inadequacy and need for a quick solution rush over the woman who has held one negative pregnancy test after another. The REI physician will likely explain the IVF procedure within a 30-minute appointment. 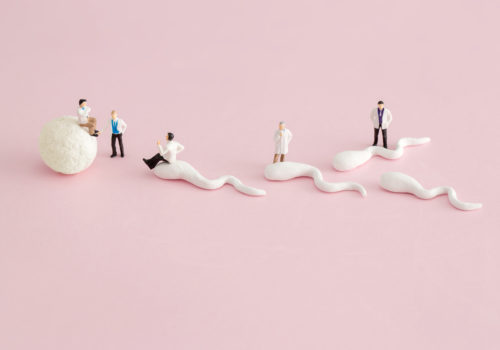 These couples who go with the program will soon be faced with discarding “poor quality” embryos and hearing about embryos dying in the petri dish. The doctor will need to decide how many embryos and on what days he will perform the embryo transfer in the procedure room. The husband is separated completely from the creation of the new life while the woman is alone in the procedure room. The couple will then need to decide to either freeze or destroy the extra embryos.

The high pregnancy complication rate is generally glossed over. The idea of the actual pregnancy seems intangible at that moment. The hard questions are forgotten. What if they get triplets? They risk losing all three babies. They may be advised to selectively reduce the pregnancy (aborting one child to decrease the risk of losing all three children).

But on the forefront of the woman’s mind as she walks into the clinic is the fear of the loss of the family she has dreamed of. She is wondering, “Why is this happening to me? Why am I failing at something that most, including me at one time, take for granted?”

My goal in this article is not to judge the couples who have used these methods, nor the intentions of some of the medical professionals involved. Instead, I want to educate you regarding the risks of this approach and the poor medical evidence for it, along with the possible risks of poor pregnancy outcomes. Additionally, I would like to offer a better treatment approach that treats the underlying cause of infertility, cooperates with the women’s natural reproductive system, and offers couples healing, both emotionally and physically.

What IVF does and doesn’t

Infertility is a symptom that there is something else medically wrong. The approach of IVF is to bypass the underlying cause of infertility.

So, instead of implementing more medical treatment to fix the underlying cause of infertility, IVF circumvents this step. The cause of infertility (for example, endometriosis) often causes other issues, such as inflammation and low hormones. Chronic inflammation and inflammatory markers or low progesterone can lead to adverse pregnancy outcomes such as miscarriage and preterm birth. The IVF procedure itself doesn’t treat these problems.

It is also well known in the medical community that every single complication of pregnancy is increased with IVF, from preeclampsia to ectopic pregnancy and multiple gestations. It can even increase the incidence of hysterectomy at time of delivery.

What IVF does to women (and couples)

A couple I know spent over $200,000 on IVF. Round after round failed. They are still getting bills to this day. They have no baby. They have no money left for adoption.

Take Jessica Hepburn. Now a well-known activist, she lost her sanity and her marriage to 11 cycles of IVF. She ended up with six pregnancy losses. She even had a life-threatening ectopic pregnancy. She also refinanced her mortgage and went into massive debt spending tens of thousands of dollars. If couples end up spending all of their life savings, it had better be a proven system.

These women are desperate. They are willing to shell out enormous sums (Forbes estimates $15,000-$18,000 per cycle) for a chance to hold a child in their arms. Oftentimes, patients do not know the numbers. The actual success rates are not widely known.

Where is the medical evidence?

I went to a trusted source in medicine for further research studies. The Cochrane of Systematic Reviews is “recognized as representing an international gold standard for high quality, trusted information.”

The database relies on high quality evidence, such as randomized control trials or RCTs. RCTs represent the gold standard in developing clinical evidence, especially in this day and age focused on providing “evidence based medicine.”

Cochrane reports that one third of infertile couples have “no identifiable cause for their inability to conceive.”  They explain that IVF “is a widely accepted treatment,” but one that is “invasive and expensive and is associated with risks.”

Cochrane Database reports that, in women with unexplained infertility, “IVF may be associated with higher live birth rates than expectant management, but there is insufficient evidence to draw firm conclusions.” “Expectant management” means literallly doing nothing compared to IVF. That means the studies fail to find an improvement with IVF as compared to no treatment at all.

What about diagnosed infertility? I looked for randomized control trials on IVF for PCOS and endometriosis, some of the most common causes of infertility. I found none.

What about male infertility? Cochrane database reports, “We found no evidence of a difference in live birth or pregnancy rates between treatments.” They compared timed intercourse, IUI (intrauterine insemination), IVF and ICSI (Intracytoplasmic Sperm Injection). There were 10 randomized controlled trials and 757 patients studied. “We found insufficient evidence to determine whether there were any difference in safety and effectiveness between different treatments for male subfertility,” they reported. Again, this study shows regular timed intercourse with an ovulation prediction kit is equal to IVF, IUI, or ICSI (where the sperm is injected directly into the egg instead of floating in a dish as with IVF)[i].

Most women are not getting help

In the US, the CDC estimates that 7.3 million women age 15-44 have used infertility services.  In 2015, there were 91,090 cycles (some women had more than one cycle) and 21,771 live births from fresh (not frozen) non-donor eggs or embryos. That means less than approximately 1.2% of infertile Americans accessed services that year with their own eggs with IVF. This also means that only 0.2% of all infertile women in the U.S. actually had a live birth as a result of IVF with their own egg or embryo.

So, 98.8% of women facing infertility did not access fertility services, and 99.8% did not get a baby from those services.  These numbers demonstrate that a HUGE population of women don’t have access to IVF due to the high costs, are scared of the invasiveness or side effects, or are morally opposed to sacrificing their own embryos at a chance for pregnancy. As a medical profession we need to do more. And we can.

NaProTechnology simply uses modern medicine to find the cause of infertility and treat it, instead of bypassing that process. Over 1400 medical scholarly articles are the foundation the system’s textbook, The Medical & Surgical Practice of NaProTECHNOLOGY.

For example, take James’ mother, who tried intrauterine insemination three times and IVF once. After three years of failed attempts, James’ mother found NaPro. The medical doctor was able to find the cause of her infertility and she got pregnant within three months, and carried James to term. Hers and numerous other success stories can be found at these websites: UK Life FertilityCare or FertilityCare Toronto.The success rates of live birth, not just pregnancy, vary from 38.4% to 81.8%, depending on the condition treated.

NaProTechnology works by diagnosing and treating ovulation defects that are completely ignored by IVF. NaProTechnology has developed surgical techniques to fix endometriosis surgically with excellent results published in the Journal of Gynecologic Surgery in 2010: “Near Adhesion-Free Reconstructive Pelvic Surgery: Three Distinct Phases of Progress Over 23 Years.”

Even if women don’t get pregnant, nearly every patient achieves an improvement in her health in the process whether it be pelvic pain from endometriosis, PMS from a hormone deficiency, or the closest thing we have to a cure of PCOS with a wedge resection surgery. If a couple does get pregnant, they don’t face as many complications of high risk pregnancies from IVF, aren’t told their embryos are dying in a petri dish, nor risk increased chances of birth defects or watching their triplets die after delivering early at 22 weeks, as I have seen as results of IVF pregnancies. If it’s their desire, a couple will be more likely to still have money left to adopt after NaProTechnology treatments.

Even if they have suffered through failed IVF cycles, I don’t want another woman to suffer but heal emotionally and physically with the breakthroughs of NaProTechnology.

[i] I looked for an explanation from IVF providers for the lack of substantive evidence to support the invasive and expensive treatment. The Center for Human Reproduction, a self-described leading IVF clinic in New York, admits that “reproductive medicine and infertility require a logical reassessment of need and utilization of RCTs.” They acknowledge that the expense of such research should be reserved for “high risk and high cost treatments.”

So, the unspecified author representing the Center for Human Reproduction asks, “Why Are Randomized Controlled Trials (RCTs) Rare in Infertility?” The author defends the lack of research as defensible in the declining infertility of women undergoing fertility treatments as in  emergency expedited treatment of the Ebola outbreak.

I hardly can follow the author’s defense. Comparing an imminent public health threat and disease potentially wiping out thousands of people is a completely different story from a woman’s immense internal suffering with IVF, as terrible as that may be for that woman.

2 Responses to The hidden costs of IVF: heartbreak, health risks, and helplessness