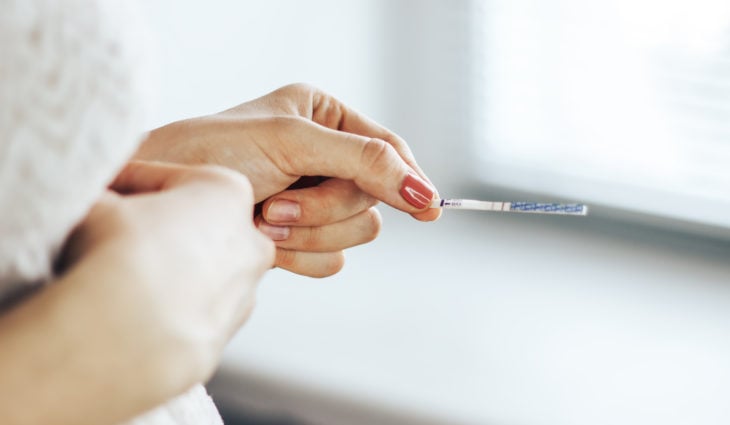 I often say that a woman’s cycle should really be called an ovulation cycle rather than a menstrual cycle. In fact, in some ways, menstruation is a mere byproduct of ovulation. So, given how important ovulation is, what do you do if ovulation isn’t happening? Can you force ovulation to happen? The more important questions you should be asking are actually: Why isn’t ovulation happening, and is there something you can do about it?

When you’re able to find the answer to the question “Why am I not ovulating?” you may find that the answer to the second question, “What can I do about it?” answers itself. In this article, we’ll talk about some of the perfectly normal reasons why a woman may not be ovulating, and some of the reasons that indicate a problem with your cycle is afoot. Fortunately, there are ways to address each of these scenarios so that your body can ovulate naturally, all on its own— none of which involves “forcing” your body to ovulate through artificial means.

What actually happens in a menstrual cycle

Ovulation is the climax—literally the whole point—of a cycle. It’s also a complex, and often misunderstood process. In short, it’s the releasing of an egg from a woman’s ovary. It happens, ideally, every cycle, and usually mid-way through. But there are critical things that have to happen before and after ovulation to complete a full menstrual cycle.

So let’s first go through a quick crash course on a woman’s menstrual (or shall I say, ovulation) cycle.

A few days after your period, your brain starts to signal to your ovaries to recruit and grow some follicles—the “cases” in which your eggs develop and mature. This is prompted by the release of  Follicle Stimulating Hormone (FSH), which is actually produced by the pituitary gland in the brain. The ovaries receive the signal and respond by growing a follicle.

As the follicle matures and prepares for ovulation, it releases estrogen. Estrogen rises to a certain threshold, triggering a signal back to the brain to release Luteinizing Hormone (LH). LH gives the egg an “eviction notice,” and the egg has 24-36 hours to be released into the wild—I mean, fallopian tube.

After that, the outer shell that the egg has just left—basically, the remainder of the follicle, now called the corpus luteum—produces progesterone for the remainder of the cycle. Progesterone is a super important hormone that regulates mood, heals and maintains brain cells, and protects bone health. Oh, and progesterone is ultra important if you’re trying to conceive, because it maintains a pregnancy until the placenta is finished forming around 12 weeks gestation.

The TLDR version of all this is that the 4 main hormones, FSH, Estrogen, LH, and Progesterone work in a domino-like effect, each one needing the preceding hormone to reach a sufficient threshold to trigger the healthy release of the next one.

Ovulation is delayed (or sometimes even MIA) for various reasons. In almost all cases, it is because FSH and/or estrogen and/or LH are not reaching sufficient levels (either because something, like prolactin being released during breastfeeding, is blocking them, or, for whatever reason, they are systemically low). Sometimes this is a fully healthy and normal part of the reproductive continuum, like postpartum, during breastfeeding, or late perimenopause.

Another common reason for delayed or absent ovulation is during the initial months after coming off hormonal contraception. This delay can last even longer if the reason the person got on hormonal contraception was for period problems to begin with, which could have been due to an underlying disorder preventing healthy ovulation (such as polycystic ovary syndrome, PCOS). Endocrine disorders aside, even a healthy body may need some time to adjust back to cycling naturally.

Of course, many women decide to get off hormonal contraception in order to conceive. If they find that their period (and therefore ovulation) takes weeks or months to return, they might become worried—even frustrated—and begin to consider fertility treatments that often use aggressive drugs to force ovulation to happen. The good news is that there are alternatives to this.

… should you try to force ovulation to happen?

Before trying to “force” ovulation, the first thing to ask yourself is what season of the reproductive continuum are you in? If you are breastfeeding or gave birth recently, it’s possible your body is still on a totally normal progression. In fact, the extended suppression of ovulation during continued, exclusive breastfeeding, is what makes it possible to use breastfeeding as a form of family planning!

If you are nearing your 40’s or already in your 40’s, irregular periods (and therefore irregular ovulation) could be a normal start of the dysregulation that accompanies the long journey to menopause.

If you know you have PCOS or any other endocrine disorder, addressing those hormonal issues will almost certainly improve periods and ovulation, too.

And if you were previously on hormonal contraception, it can take a while for your body to readjust to cycling normally again—and you may also have to contend with changes to your body’s ability to produce enough cervical mucus, another vital component of conception.

Regardless of what season you are in, there are a few sound principles you can apply to improve your hormonal health which might help usher in a healthy cycle once again, without needing to force ovulation to happen with fertility drugs.

Instead of trying to force ovulation, try these three steps:

This isn’t rocket science. We’re talking the very basics. Are you eating a well rounded diet full of fresh and nutrient dense foods? Are you exposing yourself to the sun and the outdoors on a daily basis? Are you getting good sleep? Are you managing stress in your life? Are you moving your body and getting a balanced amount of exercise?

The reproductive system is super sensitive. In fact, it’s probably the most sensitive of the organ systems. If your reproductive system recognizes metabolic imbalance, it instinctively shuts down to preserve resources. The brain reads your stressful work presentation the same way as your ancestor’s brains viewed lions, tigers, and bears—stress is stress, and your brain doesn’t exactly distinguish the differences. So, if your brain is perceiving that there are lions and tigers and bears around (literally or metaphorically), it’s also inferring that now is probably not a good time for a pregnancy to happen. And your brain knows that the best way to prevent pregnancy from happening is by inhibiting ovulation.

If you are coming off hormonal contraception and finding your period has gone on vacation, it could be that your body is still adjusting to its own hormones again. While on hormonal contraception, your ovaries are pretty much rendered inactive. They haven’t been on the job for a while and it may take some time to boot them back up to the task of ovulating regularly (and healthily) once more.

Thankfully, there are some great ways to support your hormonal health and curb “post birth control syndrome” (Yes, it’s a thing.) Extra care should be given to nourish your body and correct the nutrient depletion which can occur on hormonal contraception, especially with long term use. Lastly, it’s really important to rule out endocrine disorders and find the right practitioners who will listen to you and support restoring your hormones, rather than trying to force ovulation through artificial means.

#2 Chart your cycle, or lack thereof

Working with a fertility educator to learn a fertility awareness method or method of natural family planning, so that you can chart your fertility biomarkers (such as cervical mucus, basal body temperature, and/or at-home hormone urine tests), will give you a pretty accurate window of what is going on with your hormones. Are they flatlined? Is ovulation attempting to happen week after week to no avail? Is ovulation happening but just really irregularly? These are questions that can sometimes be answered by a knowledgeable restorative reproductive medical provider just by looking at a woman’s detailed cycle charts. Or, at the very least, these charts can give that provider a very useful starting point for ordering diagnostic tests and procedures to get to the bottom of your ovulation issues.

In short, charting is the first step towards finding out what is going on with your entire reproductive system, because it provides a visible, interpretable snapshot of your monthly cycle. And once you have that, you can…

#3 Troubleshoot with the right healthcare team

Like I mentioned above, restorative reproductive medical providers are specially trained to read and interpret a woman’s cycle charts, and have medical protocols at their disposal for addressing specific cycle issues—including any issues with ovulation. But sometimes, it can take an entire team to tackle an issue holistically. Whether that includes a nutritionist, a naturopath, a restorative reproductive medicine practitioner, an OBGYN, a fertility educator, a pelvic floor physical therapist, or an endocrinologist, only you can find your right “health care team.”

It’s also important to feel heard when you are navigating these issues. Don’t muscle your way through thinking you can figure it out on your own, or accept the rote answer of “If you won’t go on ________, there’s nothing I can do for you.” Bring in others’ expertise (and get second opinions!) to help support your body so that it can ovulate naturally—all on its own. If the circumstances are supportive (and if you aren’t in a season where anovulation is normal like pregnancy, postpartum, breastfeeding, or menopause), ovulation will happen. Entirely on its own!

So, can you force ovulation naturally? Not exactly. But you can support your hormonal health so that your body will likely begin to ovulate of its own accord. It can take some time, especially if you need to get to the bottom of hormonal issues, or work through healing post-birth control syndrome. Trust us that it’s worth the effort. And your endocrine system—along with the rest of your body—will likely thank you!

3 Simple Nutrition Tips that Will Improve Your Reproductive Health