The Dark Side of the IVF Industry, From a Survivor

When couples struggling to conceive approach an infertility clinic for help, they’re not just patients seeing a doctor: they’re also healthcare consumers navigating a billion-dollar industry. All too often, they’re also sucked onto a moving sidewalk designed to effortlessly take them from one intervention to another, without stopping to heal their spirits, discern their options, or possibly close their wallets. That’s what happened to me. 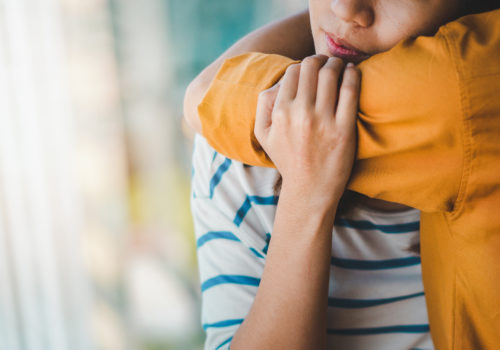 I should be clear: I feel that most of the doctors we talked to were sincerely trying to help. This was especially the case with the reproductive endocrinologists who worked with nonprofit hospitals. They are compassionate people who chose their jobs because they want to bring families the greatest joy imaginable: parenthood!

Unfortunately, in their field, that is also the only real measure of success. Baby? Mission accomplished! No baby? Failure. This attitude leads to a cascade of procedures as the treatment team gradually moves from trying to heal the patient, to jerry-rigging a pregnancy. In the most extreme situations, rather than admit defeat in the battle against infertility, doctors can simply bypass the patient’s wounded body entirely, leading to an odd situation in which the “patients” are not actually receiving any medical care – a surrogate can carry a pregnancy conceived with the genetic material of two anonymous donors. The baby’s birth is counted as a treatment success, even though no one’s body has been healed.

Harsh realities of trying to conceive

This single-minded spirit transfers itself to patients. Many women have spoken of IVF “addiction,” and the inability to stop treatment without a victory. Pamela Mahoney Tsigdinos, who got on the moving sidewalk in her 20s and spent more than a decade trying to conceive, has written about how some clinics’ truly disturbing marketing tactics have exploited that urge. Amy Klein, who documented her infertility journey for 2 years in the New York Times Motherlode blog, speculated that it may be more of an “addiction to hope” that both doctors and patients find irresistable.

Either way, it’s a profitable fixation for the infertility industry. Private equity companies are pouring money into the field, creating new social media advertising and nationwide clinic chains, including, to my horror, my own former clinic. They seek to capitalize on trends like delayed child-bearing, egg freezing and same-sex parenting. “We need the IVF version of the Holiday Inn,” one former IVF doctor who now works for an investment fund on Wall Street told STAT, a life sciences business news organization.

Contrast all that with NaProTECHNOLOGY a fertility treatment system that works with the Creighton method of fertility awareness to help couples conceive. Properly implemented, NaproTechnology seeks to identify and heal the disease at the root of most couples’ infertility struggles. This focus on healing also means that a baby is not the only mark of successful treatment: doctors want families to benefit from bodies and spirits that have been made whole. Many natural fertility treatment practitioners partner with Organic Conceptions, a program to help couples take care of their emotional health. And by definition, Napro doctors are much more willing to accept that there are limits to what medicine can do. In my opinion, their patients have more support to decide that they will stop treatment and find a way forward with life as a family of two, every bit as cosmically meaningful at lives lived out in families of 3 or 13.

That’s not to say that there are no problems in NaProTECHNOLOGY. From my perspective, there’s too much promotion of adoption as an option when all else fails, when adoption is truly its own separate journey, not a treatment for infertility. And sometimes enthusiastic promoters of NaPro over-state how well it works—in fact, course-of-treatment success rates for IVF and NaProTECHNOLOGY are about the same. That’s still pretty incredible, given how different the two interventions are.

I have mixed emotions towards the IVF industry because, after many years and multiple miscarriages, I have one living child. There is no universe in which I would not take the exact same journey for the sake of this amazing, beloved little miracle from God. I often hesitate to share my story because I fear people will reject me, try to make me feel ashamed of my beautiful family, or worst of all, mistreat my child.

At the same time, as the most acute phase of infertility despair has softened, I’ve come to understand the problematic characteristics of some of what we went through. I’ve learned that parenting does not heal the trauma that infertility inflicts on your mind, your marriage, or your body, even though an IVF doctor would mark my case down as a success and simply move on to the next patient. In fact, it’s wrong to assign the job of healing to a baby—that’s work that only grown-up medical professionals are supposed to do. And it’s my work as an infertile woman too.

When I have a chance to talk to couples confronting the same situation, I tell them I’ll never judge them if they do IVF and I hope they get pregnant no matter what path they choose. But I also ask them to consider whether they are sure the moving sidewalk is really taking their family where they want to go. And I tell them they don’t need permission from their IVF doctor to slow it down or consider stepping off—for a moment to gather their thoughts, or forever.