Over the past few months, we have begun publishing some of the Natural Womanhood’s articles in Spanish, and have also produced our two main printed brochures—Conoce tu cuerpo (Know your body) and Lo que los hombres…. (What guys need to know….)— to meet the demand for this information in the United States and Latin America. We hope to continue to expand our Spanish materials and until we are able to provide a full presentation of our content in Spanish in the future. 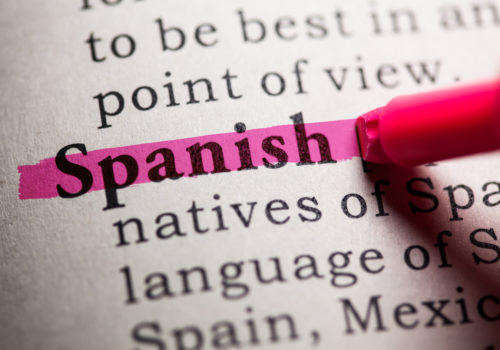 Ana Lucía Sequeira, the translator of these articles, is a technical writer who lives in Alajuela, Costa Rica. She believes in promoting Fertility Awareness-Based Methods as she has seen the consequences of hormonal contraceptives in the lives of many women in her country and in the rest of Latin America.

“There is a huge need for better advertising for FABMs,” Sequeira tells us. She reports that there is much prejudice against natural methods of family planning and that its opponents use the bad reputation of the rhythm method along with a religious connotation to give them a bad name, not unlike critics in the U.S.

“People associate ‘natural’ with ‘religious beliefs,’ and they think there’s no science behind them,” Sequeira wrote us. Contraceptives are free in several of these countries, including Costa Rica, and doctors promote them without telling patients about all the side effects. “It’s outrageous to see how much advertising we see on TV for contraceptives. They sell girls and women the idea that they will be in control of their lives and they will even be ‘cool,’” writes Sequeira. “I saw my beautiful aunt who ruined her health and gained tons of weight when she was in her thirties. I have friends who suffer headaches, pain, nausea, and an endless chain of symptoms due to contraceptives.”

We know that South America is one of the targets of the massive efforts by large NGOs and pharmaceutical companies to promote contraception in developing countries. In an article on the FACTS blog, “Fertility Awareness in the Developing World,” Dr. Luis Garcia shared how in Ecuador he helped a woman who was experiencing severe side-effects from the implant, which she had been provided free of charge. When he asked her why she couldn’t get it removed by the same people who put it in, she responded that “they want $500 to take it out and I don’t have the money.” It was the equivalent of half a year of income for her. Another woman came to see Dr. Garcia for the same reason. She had been denied removal of the implant after two years because she wanted to have a child and, at the clinic, they told her, We don’t want more people like you.”

South American women also choose pharmaceutical birth control because they think “if women in the U.S. use contraceptives, we should also,” says Sequoia. “I wonder what women in our countries will think when they learn that women in the U.S., Canada, and Europe are also dropping hormonal contraception and taking the FABM path.” Several fertility-awareness organizations such as the Creighton Model FertilityCare System, the Billings Ovulation Method, Family of the Americas, and others are actively providing training services in these regions, and more teachers are needed there.

Sequeira learned to chart using the Creighton Model of fertility-awareness charting after she heard a radio interview featuring a doctor speaking about it. “I can definitely say I am more than satisfied. I’ve never felt so in control of my health as I am now,” she said. We’re excited to help more women in South America become informed and empowered to use these alternatives.

¿La píldora causa infertilidad? Sí y no  / Does the Pill Cause Infertility? Yes and No