I was doing what thousands of women do daily—perhaps even what you’re doing right now: late at night, Googling another symptom that I was sure was tied to the new form of birth control I was on. 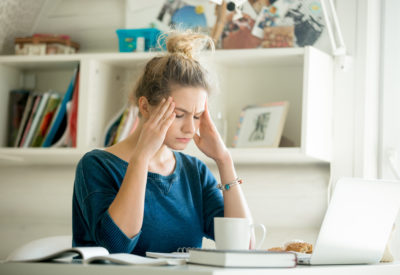 I was looking for answers. Medical sites led me down one path and chat forums down another, until I finally found my answer I didn’t know I was looking for. I came across Natural Family Planning (NFP) and realized that the only true side-effect-free birth control is the one where you start listening and learning from your body. And I was so ready to be side-effect free!

I grew up using the Nuvaring with what I thought was no real side effects. I always felt like I was just a normal angsty teenager with frequent mood swings and since I used it consistently in my adolescence I guess I will never be sure who I might have been if not on hormonal birth control.

Then in my mid-twenties, I had heard about IUDs from friends and thought I’d give it a try. Seemed like an even easier way to use birth control and my doctors seemed to be in favor of it over the Nuvaring. After a long and unpleasant insertion experience and two months of cramping, I called my doctor to have it removed. I figured that I had no side effects from the Nuvaring, so why mess with the IUD if it was not agreeing with my body.

Fast forward a couple years later and a couple more years back on the Nuvaring. I had always been healthy, but since I had turned 30 I really wanted to be at my best in all areas of my health. I had listened to a talk with a doctor who spoke about how we tend to think of birth control as an easy fix that just magically only affects our fertility and that we forget how interconnected our bodies truly are. That made so much sense to me! So I decided that I wanted to see how my body would operate off of the influence of hormonal birth control and finally see what my body was capable of doing naturally.

I found an app that I recorded my temperature with every morning and with an extremely limited awareness of how my cycle actually worked, I ended up getting pregnant with our daughter several months after starting this method. My body was truly showing me what it was capable of! (I have since learned that to practice Natural Family Planning effectively to prevent pregnancy, you need to learn from a certified instructor in Fertility Awareness-Based Methods.)

Thankfully, we were at a perfect point in our lives to have a baby, and she has been the biggest joy we’ve ever known! I can truly say I’m thankful for that error in my interpretation of my markers for two reasons: one, the obvious being that my daughter is amazingly wonderful; but two, it made me realize how little I actually understood about my body and my cycle.

After my daughter was born, my midwives encouraged me to try a copper IUD ParaGard as a hormone-free method of birth control. (I have since learned that the copper IUD still affects hormones, since copper toxicity can affect your thyroid). But at the time, since I was trying to go all natural with my health, a hormone-free option that was effective and easy sounded perfect! Sign me up, I thought! I had it inserted 12 weeks postpartum, and all seemed well. No cramping this time and I told them at my one-month check that I loved it and was having no issues.

The very next month, though, I started having dizzy spells—several a day! It had me really concerned. It got to a point where I was worried about being home alone taking care of our daughter if I passed out or couldn’t stand up.

I also started having extreme mood swings. My first (and everyone else’s) reaction was “oh it’s just your hormones! You’re postpartum and your body is just trying to get back to normal.” But it didn’t make sense to me because I hadn’t experienced any of those symptoms in my first several months postpartum. 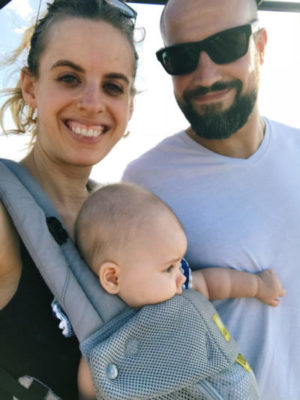 Since the dizziness persisted, I decided to make a doctors appointment with my new primary care physician. After I told her my symptoms and concerns, she said she wanted me to focus on getting my calorie intake and salt intake up. I am a very slender person and she said, with breastfeeding as much as I was, perhaps I simply couldn’t keep up with my baby. I was pretty sure that this was not the problem, but I figured I’d give it a try.

Weeks went by and even after a big increase in my caloric and salt intake I was still having just as many dizzy spells. So I made another appointment and this time she asked me if I was experiencing any postpartum depression or anxiety. I didn’t think I had that, but I did tell her about the mood swings that had started recently as well. She told me to keep an eye on those symptoms, but eventually ended up attributing the dizziness to breastfeeding and that this was just the reality of postpartum life for me.

I went away feeling defeated and not heard. I told myself that if the dizziness continued for another month that I would just request to have the IUD taken out regardless of what the doctor thought.

Several weeks later I started having strange sharp pains in what felt like my uterus. They started off fairly mild, but uncomfortable, so I made a doctors appointment for the end of the week to get the IUD removed. Only a few days later, the discomfort had escalated to shooting pains that continued down my legs. I was in severe physical pain, not to mention the mental strain of worrying that something was really wrong! 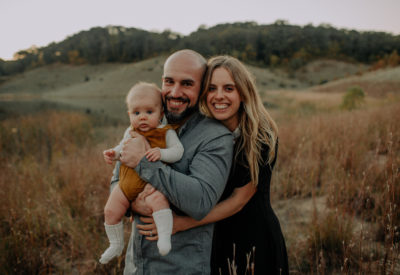 The next morning, I asked if I could be seen right away or I was headed to the ER. She managed to fit me in, and once we started the process to remove it she noticed right away that it was already out of place and in my cervix, on its way out! My body was going to get that IUD out, one way or another! The pain stopped immediately, and ever since that day I have not had a single dizzy spell or mood swing like I experienced those months I was on the IUD. I cannot say enough about how much of a relief it was to have those symptoms gone and to know that I can really trust my intuition when it comes to my body and what it’s trying to tell me.

It was during that last month, when I was contemplating removing the IUD, that I came across Natural Family Planning. I felt really good to know that I had a natural, effective option waiting for me at the end of this process. When I told my doctor about it she said, “Sure, following your rhythm is a good idea and having another baby right now wouldn’t be the worst thing in the world, would it?” I think it’s sad that she, like most doctors, have no idea about the science of Fertility Awareness-Based Methods, or the true effectiveness of Natural Family Planning done right, and would rather encourage all of their patients to just take the easy fix without explaining the health risks like those I experienced.

After considering the different Fertility Awareness-Based Methods, my husband and I have begun using the SymptoPro Fertility Education course. I have been shocked about how much I have learned about my body that I had never known or been aware of before! That gift of knowledge and empowerment is one that I am excited to pass on to my own daughter someday.

Yes, it takes effort to go through the proper training, and yes it takes effort to keep track of all your biomarkers throughout the day, but if you’re ready to be in control and in sync with your body and 100% free of side effects, then this is the right choice for you.

Kelsey Weber is an art director who is currently taking a few years off to spend every minute she can with her baby girl. She lives in Michigan with her husband, daughter, and Golden Retriever, and together they love exploring their beautiful state and living a healthy lifestyle.