Does the pill cause infertility? Yes and No

Let’s say you are 33 years old and got married a year ago. In the past ten years, you have been using a variety of hormonal birth control methods. Now you and your husband are looking forward to starting a family. You get off the pill, hopeful and a bit anxious as you know time is working against you. You try for eight months and nothing happens.

You start getting concerned, and you talk your doctor into putting you on Clomid, a drug to stimulate ovulation. This drug actually lowers your chances of conceiving, unbeknownst to you. A few months later, you get your first appointment at a fertility clinic where you discuss Intrauterine Insemination (IUI) and In-Vitro Fertilization (IVF), bracing yourself for several months of treatment and thousands of dollars in medical bills.

But could all that anxiety, doctor visits and interventions be completely unnecessary? 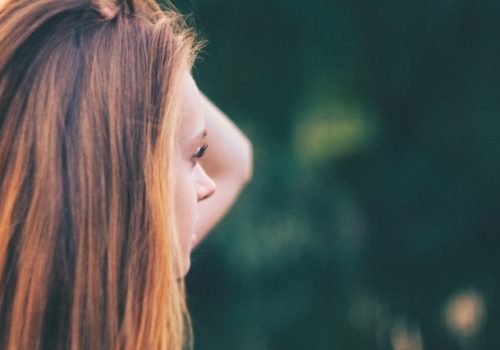 The pill may not cause long-term infertility after discontinuation, but it can delay fertility by up to a year. The delay is caused by the pill’s impact on the production of cervical fluid, an essential component of conception. The delay can be critical as women tend to start their family much later in life now than in earlier decades, and may lead them to engaging into unnecessary fertility treatment.

It takes three to get pregnant

We were all taught in high school biology or sex-ed that it took and a sperm and an egg (an ovule) to make pregnancy happen. What is often left out of this equation is the cervical fluid, aka cervical mucus.

In order for the sperm to survive more than a few hours in the vagina, and then have the energy reserves to travel through the uterus all the way to the fallopian tubes and maybe wait for the egg to arrive, it needs good quality fertile cervical fluid.

Cervical fluid is secreted by the cervix; it changes in aspect and properties as ovulation approaches. At the time of ovulation, it becomes stretchy, almost like raw egg whites, and allows the sperm to go through the cervix into the uterus. Before and after ovulation, the fluid is thick and blocks access to the uterus, a wonderful mechanism to protect the womb from infection. It also naturally prevents fertilization during a major part of the cycle.

Hormonal contraceptives, as generally documented in scientific literature, don’t work merely by suppressing ovulation. Another mechanism is the effect on the production of mucus, thickening it consistently throughout the cycle, providing a barrier in case ovulation still takes place (which does happen).

How does it work? The cervix normally follows the marching orders of hormones. With the use of contraceptives, the synthetic hormones take over the natural ones and run the cervix in a non-natural way to produce consistently this type of non-fertile mucus.

So far so good. What’s wrong with a secondary barrier to make sure pregnancy doesn’t happen when that’s the reason why the woman is on the pill in the first place?

Here is how things get more complicated.

The impact of the pill on the production of cervical fluid

Professor Erik Odeblad is one of the first scientists to use MRI technology for a medical purpose. A Swedish physician, professor and researcher born in 1922, he spent most of his life studying and explaining the secretion of cervical fluid: the various types of fluids at different stages in a woman’s cycle and in her life, and their role and composition.

One of his discoveries was to show that there are different types of mucus[i], which he called G, L, S. Each has different roles and is secreted from different cervical crypts (the pockets lining the cervix) at different times. For instance,  right after puberty, a young woman has an abundance of S crypts, and as she ages, the number decreases and are replaced by L crypts. S mucus is the type of mucus that is essential to fertilization: it allows passage and then transports and nourishes sperm.

What Dr. Odeblad found was that “for each year the Pill is taken, the cervix ages by an extra year.” He explains that: “If a woman takes the Pill for 10-15 years and then ceases taking it in order to achieve pregnancy, she may encounter some difficulties.”

In simple terms, a 20-year-old woman who stays on the pill for 10 years can end up with the cervix of a 40 year-old with 20% of S crypts instead of 40-50%. It can take a long time after a woman stops the pill for her cervix, and especially the S crypts, to function again. Her cervix may never recover some of those lost capacities.

To make matters worse, if she gets on Clomid, thinking it will increase her chance of pregnancy, it will do the opposite: a known side effect of this drug is to reduce the production of cervical fluid. A thorough evaluation of both her ovulation and of her mucus production is needed.

Why it matters more today

Woman are waiting longer to start their families now that in the past. In 1970, most women had their first pregnancy in their early 20s. The average age of first child birth was 22. Today, it has risen to 26.4 years old. More women are delaying their first pregnancy past age 30. The percentage of first birth to women over 30 went from just one in ten in 1970 to almost one in three in 2014[ii].

If these women have been on the pill, as many have been, it’s no surprise that they would experience more difficulties getting pregnant. As the cervix may take up to a year to retrieve a functioning production of mucus, many couples may be directed to drastic medical procedures, such as IVF, a costly and emotionally difficult process. If they waited or found other ways to improve the production of their cervical mucus, they could resolve their problem. Some good news: a pregnancy will rejuvenate the cervix by 2 to 3 years.

Here is the scoop: as a result of being on the pill for an extended time, a woman may not be able to conceive for up to a year, leading her to think she’s infertile, when she’s not! Her fertility is certainly impaired, but medication to stimulate ovulation will actually aggravate the problem.

We find here yet another great reason why young women who are hoping to get pregnant one day should avoid hormonal birth control all together and use a Fertility Awareness Based Method. Not only will these methods preserve their fertility, but when the couple is ready to achieve a pregnancy, the knowledge gained through training in a FABM will help them reach that goal more quickly and easily.

Other readings on this topic:

2 Responses to Does the pill cause infertility? Yes and No

Video: Postpartum Depression and Anxiety: a restorative approach to recovery
by Natural Womanhood