The copper IUD is among the few birth-control options that are hormone free, and therefore is sometimes classified as natural. It boasts of extreme effectiveness, with minimal side effects. Because it is non-hormonal, a woman could hypothetically get pregnant the very day it is removed. Once inserted, the device can work for up to 12 years with no further action required by the woman. All this adds up to an option that, on paper, may sound great for those who are fed up with the countless side-effects of birth control. But is it all it’s cracked up to be? Copper IUD side effects (like the rare, but extremely serious copper toxicity) prove that hormone free does not equal side effect free. 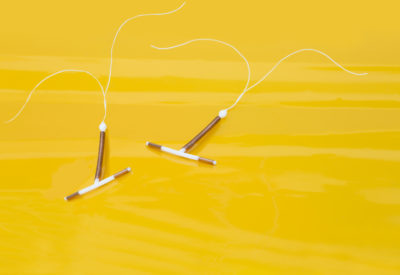 It’s true, the copper IUD known as ParaGard is hormone free, meaning it doesn’t release synthetic hormones into the body the way Mirena, Skyla, and Liletta do. Rather, it acts more like a spermicide by destroying the sperm before they can make their way to the egg. Studies show that the head and tail of the sperm are literally separated, making sperm motility impossible.

So, if IUDs are having this effect on sperm, what effect are they having on the bodies of women who chose to have it inserted?

Among the commonly understood side effects of the copper IUD are heavier, longer, more painful periods at first which may take up to a year to regulate. Other copper IUD side effects include pelvic inflammatory disease, backache, pain during sex, and the device may become stuck in the uterus or move through the wall of the uterus causing infection, scarring, or damage to other organs.

Further, the copper IUD can cause copper toxicity, or excess copper in the body. Excess copper can create symptoms such as fatigue, nausea, depression, irritability, cravings, mood swings, brain fog, among many others.

On an episode of the Fertility Friday Podcast, Julie Casper, a health practitioner who specializes in Tissue and Mineral Analysis, describes a scenario where using the copper IUD can lead to copper toxicity. Casper explains that copper can kill bacteria and fungus (you can even use it in your garden) and how it works well in humid environments. If there is an infection or inflammation in the body, the body will actively draw more copper from the IUD in an effort to fight the infection, which will create an imbalance of minerals and cause symptoms of copper toxicity, like those listed above. For this reason, the Paragard website even says, “Do not use Paragard if you have a pelvic infection, get infections easily,” and so on.

Even without an infection, the copper content in the IUD may present too much for some women depending on their biochemical makeup. Copper is a nutrient mineral, but it needs to be in the body in the right proportions to other minerals like iron or zinc. Introducing extra copper into the body can throw off the balance and create problems.

As a side note, Casper also notes in the podcast that excess estrogen can cause copper retention, so interestingly, hormonal birth control users may have similar symptoms as those who experience side effects with copper IUDs. Many women actually experience this the week before their period when estrogen levels increase (PMS). This is important to be aware of, especially since we are constantly exposed to things that affect our hormone levels.

Copper toxicity from the IUD is a rare, but serious side effect

Although the copper IUD doesn’t release hormones, it does in fact alter biochemistry in the body. As mentioned, copper levels are proven to increase in the body after IUD insertion, and considering other environmental factors (such as having copper pipes in the home) and dietary choices, the IUD could be the thing that puts someone over a healthy copper level.

As it happens, this can affect a woman’s hormones. Dr. Izabella Wentz, author of Hashimoto’s Protocol: A 90-Day Plan for Reversing Thyroid Symptoms and Getting Your Life Back, wrote, “copper is considered a less toxic heavy metal but has been associated with sabotaging thyroid function.” The thyroid—as in, the gland that directly affects our reproductive hormones—is damaged by copper. So, while some tout the copper IUD as the hormone-free option, using it creates a risk of damaging the part of the body that regulates our natural hormones!

One woman described her physical and emotional side effects on Facebook: “these are most of the symptoms I had before getting the IUD removed…. I just want people to be aware that heavy metal toxicity is real and what to watch for. This is something your doctor will not tell you about. Fatigue and exhaustion; hypothyroid; brain fog; headaches; migraines; mood swings; cold hands/feet; depression; dry skin; constipation; racing/pounding heart; concentration and memory [problems]; spaciness; overeating; high anxiety; PMS; bloating. I’ve lost so much hair, it just fell out in globs. Also developed pulmonary hypertension, which is rare and can be caused by excess copper in the blood, while having the IUD.”

So while the copper IUD has been falsely praised as a natural birth-control option, it’s worth remembering there is nothing natural about placing a foreign device in your body, and it isn’t as side-effect free as your doctor may think. No one should to settle when it comes to birth control. Women looking for natural, effective, and side-effect-free options would benefit from learning about modern Fertility Awareness-Based Methods (FABM) of family planning. Not only do FABMs prevent pregnancy with effectiveness rates that rival pharmaceutical methods of birth control, they empower women to learn more about their bodies natural processes.

Have you experienced a side effect of the IUD? Visit IUDalert.com to share your story.

This article was originally published on August 10, 2018. It has been updated to offer more resources. If you’d like to read this article in Spanish, click here: “El dispositivo intrauterino de cobre no es la opción de planificación natural que estás buscando.”