The Benefits of Charting into Perimenopause

Here at Natural Womanhood, we love being a resource to answer women’s questions about their bodies. Too often, women tell us that when they bring their inquiries about health and wellness to their doctors or clinicians, they are met with quick fixes and temporary solutions, rather than treatment plans that honor the whole of who they are. 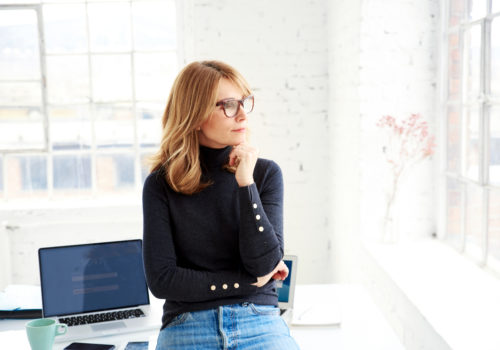 Recently we received a request from a reader for information on menopause and how tracking hormones can help women understand their bodies in a challenging time of transition. “We need help,” this reader wrote, “because the medical industry just wants to do the least amount of hormonal testing.”

What Happens During Menopause?

First of all, we need to understand what menopause is. Technically speaking, menopause is the stage in which a woman has gone a full year without having menses, aka a period. At this stage, then, there is nothing to chart!

Perimenopause—the time leading up to menopause, which can last months or years, depending on the woman—is perhaps the more challenging stage, as it’s the less predictable transition from cycling to not cycling.

Periods stop in menopause because ovulation stops. Ovulation and menses are triggered by a series of hormonal shifts, without which our bodies must undergo some adjustments, and troubling side effects can occur. Among these are the hot flashes and mood swings we’ve all heard about.

During perimenopause, says Boychuk, “the supply of eggs that [a woman] has in her ovaries will begin to dwindle. . . . . her body will release lower levels of certain hormones, which in response will cause other hormone levels to elevate.” The transition time is necessary for her body to find balance with the other hormones.

Kenney describes this stage as going “from a cyclic pattern of hormonal fluctuation to a now flat-line of hormones.” One of the more dramatic changes is the cessation of progesterone production, since this hormone is produced in the cycle after ovulation occurs. Women shouldn’t be surprised, then, if their healthcare providers say they have low progesterone in menopause; no ovulation, says Kenney, no progesterone.

Sue Ek recommends charting “until a woman reaches menopause because it will make the natural ebb and flow of the hormones more understandable.” A woman who charts her cycle with a Fertility Awareness-Based Method (FABM) will see changes to her cycle during perimenopause, just as she may have seen changes due to thyroid conditions, poor diet, lack of exercise, a hormone imbalance, stress, and sometimes even cancer during her reproductive years, says Boychuk. Any of these things could also cause hormones to go out of whack.

If a woman is tracking cervical mucus, she’s looking at a symptom of estrogen. If she’s tracking basal body temperature, she’s observing a symptom of progesterone. Those tracking hormones in urine do so directly. Ek says that charting during this stage doesn’t need to be more complicated than at any other stage of reproductive life. Moreover, some researchers consider a woman’s cycle to be a vital sign that is crucial to caring for her overall health.

Can Hormonal Testing Be Useful?

Some of what happens during perimenopause is normal and part of the process. Periods will likely become irregular and mood swings will probably happen more often. Boychuk says, “Many of these symptoms will resolve themselves as your body settles into its new normal.” She also notes that, “some forms of treatment may draw out the process further (for example, starting a hormonal contraceptive to help with the hot flashes)”—taking synthetic hormones may mask symptoms like hot flashes, but they’ll make the transition to menopause take longer overall. Abnormal uterine bleeding and depression, however, are symptoms that require professional care.

As for hormonal testing, Boychuk suggests that testing levels of follicle-stimulating hormone (FSH) and anti-mullerian hormone (AMH) can help a woman know how close she is to menopause. Kenney adds there can be benefits to testing estradiol, DHEA, and testosterone in perimenopausal women, but again, these numbers are one we should expect to be low.

In her practice, Boychuk recommends that if a woman needs to resolve a hormone deficiency, that she opt for bio-identical hormones “based on symptoms and quality of life and not on numbers.” Those who present with moderate to severe symptoms often benefit from bio-identical hormones at safe and effective dosing. In addition, says Kenney, “These hormones also protect our bones, our brain and have benefit to our hearts,” when used properly.

We Should Understand Our Bodies at Every Stage

As a millennial, I am aware that many women in my generation are interested in how their bodies and fertility work, but also that most of us weren’t given this information unless we seek it out for ourselves. Unfortunately, the generation entering perimenopause now seems to be experiencing the same sort of revelation.

“Many women feel like they do not know how to navigate the transition to menopause,” says Kenney. “There are so many changes that occur in our fertility, in our bodies, in our emotions that you really need a holistic approach to women’s health for the woman in menopause.”

As mentioned above, without ovulation and menses, there isn’t anything to chart in menopause. However, Kenney notes the value of body awareness she sees in her more mature clients. “We know that women who are aware of their bodies are more likely to be in tune when things are not normal. They may be more likely to be observant of abnormal bleeding and abnormal discharges that could be anything from an infection to even uterine cancer. I have found that my patients who charted before menopause are more likely to just be body aware and observant anyway since this is how they have been educated.”

More and more women are coming to understand that FABMs are not just for women with regular cycles, nor are they for people who fit within a mold of certain worldviews. Rather, Fertility Awareness-Based Methods play an integral role in the future of every woman’s health.