How the Pill Robs Your Body of Key Nutrients

You like to eat right. You take pride in shopping at farmers markets, where the produce is fresh and nutritious—and preferably grown without the pesticides that can wreak havoc on your endocrine system. You try to consume organic meat, eggs, and dairy, raised without synthetic hormones that make the animals freakishly bigger and more productive, and do God knows what to your own system. You even “greened” your makeup routine down to your chapstick, because you can’t bear the thought of accidentally consuming all of the nasty chemicals found in conventional makeup. But every day, at the exact same time, you also take a little pill that potentially undoes so much of the mindfulness you put into what you eat. What pill is that? Well, it’s actually the Pill. 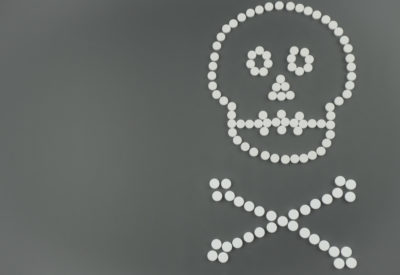 Since at least the 1970s, researchers have known that the Pill depletes women’s bodies of essential nutrients. More recently, it’s also been suspected that the Pill can wreak havoc on your gut, too. But from what both patients and doctors are telling us, we know that a number of women do not hear about these risks when prescribed hormonal birth control.

In particular, the Pill can lead to a deficiency in a few key B vitamins, including folate. If a pregnant woman has a folate deficiency, it can be quite serious for her unborn child, potentially leading to neural tube defects. Fortunately, most pregnant women are counseled to take folic acid to prevent such defects, but imagine the woman who is on the Pill, chronically folate deficient, and gets pregnant, and is unaware of either her deficiency or pregnancy before it’s too late.

If the risk for nutrient deficiency-caused birth defects isn’t bad enough, according to University Health News, “some researchers suggest that the lower levels of B6 seen in women using oral contraceptives play a role in the increased risk of thromboembolism (blood clots) seen in women taking birth control pills.” Those clots, by the way, can cause heart attacks and strokes. Being a smoker, overweight, or having diabetes (or any combination of the three) make a woman’s risk for developing blood clots (and subsequent effects like heart attacks and strokes) skyrocket if she is also on the birth control pill. And all three of those risk factors (smoking rates, obesity rates, and diabetes rates) are on the rise in young women.

As it turns out, the nefarious link between the Pill and depression and suicide that researchers at the University of Copenhagen have diligently uncovered in recent years may also be due (at least in part) to the Pill’s ability to cause a vitamin B6 deficiency. B6 plays a big role in the body’s production of certain neurotransmitters, including serotonin. Vitamin B6 helps your body make serotonin, a chemical that influences mood, and chronically low levels of serotonin are associated with depression.

B12 is another important B vitamin in which a woman on the Pill may find herself deficient. According to Dr. Bruce Bistrian, chief of clinical nutrition at Harvard-affiliated Beth Israel Deaconess Medical Center, if a B12 deficiency is left untreated, “the deficiency can cause severe neurologic problems and blood diseases.” Knowing this, it should be unsurprising that both B6 and B12 deficiencies can also cause anemia. Anemia is already common enough in women; according to an article on anemia from Harvard Medical School, “about 12% of women between the ages of 12 and 49 years have at least mild anemia, mostly from iron deficiency caused by blood loss during menstruation.” And while mild anemia isn’t life-threatening, its symptoms (including tiredness, shortness of breath, feeling lightheaded, headaches, faster heart rate and breathing rate) can range from simply being annoying to greatly impacting the daily life and activities of the young women plagued by the condition. The fact that the Pill is potentially making this common problem even worse should definitely be a concern.

And the Pill may rob women of more than B vitamins. According to University Health News, “studies suggest that other nutrients can also be depleted in oral contraceptive users, including vitamin C, vitamin E, magnesium, selenium, zinc, and coenzyme Q. One study found that women using hormonal contraception also had lower total antioxidant capacity.” More research is needed to confirm the findings of these studies, and the effects of the Pill on the body’s ability to absorb and use these nutrients may be subtle—but it is important to note, as Scientific American’s “Nutrition Diva” Monica Reinagel does, that “because contraceptives are often taken over extended periods of time, even subtle effects could add up.”

Considering that so many girls are put on the Pill in their teens, only to discontinue them for a short time in adulthood to try to get pregnant, the potentially detrimental effects of years and years of deficiencies in these key nutrients should be greatly concerning. For this reason, teen girls and women would benefit from being trained in Fertility Awareness-Based Methods that, without side effects, will empower them to learn more about their body’ natural cycle, keep their nutrients, and reach their goals of either preventing pregnancy (at better typical effectiveness rates than the Pill) or pursuing it.

Video: Postpartum Depression and Anxiety: a restorative approach to recovery
by Natural Womanhood