Our society is increasingly interested in natural versus synthetic everything. Marketers push organic food, cleaning products, and beauty lines. There is a growing wariness about synthetic foods and medicines, especially as we learn more about the unsavory side effects that often come with them. 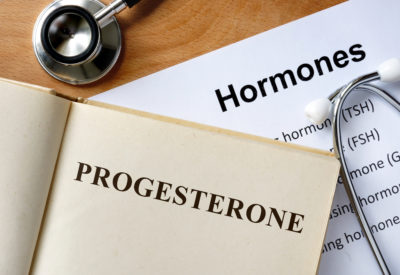 When it comes to hormones as well, natural is, generally speaking, preferable to synthetic. However, the more accurate and important term we should be keeping in mind, when it comes to the safety of hormones we ingest, is the word bioidentical.

What Does Bioidentical Mean?

A bioidentical hormone is one that is an exact chemical replica of the hormone created in the human body. Even one minor change in the structure of the compound can produce different results when the substance is administered.

“Natural” progesterone can be produced in a lab (in other words, synthesized). And some “natural” hormones (for example, those procured from animals) may not have the intended effects on the (human) body. When talking hormones, the chemical structure is ultimately more important than where the chemical came from. Thus bioidentical is the more significant term.

It is also important to consider that bioidentical hormones cannot be patented, as they are simply replicas of naturally-occurring compounds. Synthetics, however, can be patented—and marketed—even with just one change in the molecular structure.

After my second pregnancy ended in miscarriage, my NaPro doctor made a point of monitoring my progesterone levels during subsequent pregnancies. Progesterone is a naturally-occurring hormone that is necessary for both a regular cycle and a successful pregnancy. It’s the drop in progesterone that triggers menses in the former scenario and a rise in progesterone that helps create a promising environment for baby in the latter.

In my situation, a number of signs pointed to a deficiency in this critical hormone—the stage at which I miscarried, the lack of chromosomal issues found in the child, and the shorter-than-usual post-luteal phase (that is, after ovulation) which my doctor identified after viewing the charting of just two typical cycles.

When I was pregnant, my doctor prescribed progesterone supplements if my progesterone level was below a certain threshold, through at least the first trimester. So I was surprised to learn later that there exists a “progesterone-only” birth control pill, often called the “minipill.” How was the same hormone that helped me maintain my pregnancy preventing someone else’s? Or was it the same?

With more research, I learned that what I took for maintaining pregnancy was “progesterone,” a substance typically derived from yams and soybeans, which is bioidentical to human progesterone. The minipill, on the other hand, contains progestin, a compound with a different chemical structure, and thus different effects on the body.

Synthetic progestin’s role in birth control is to suppress ovulation. It also thickens the mucus in the cervix and thins the uterine lining, making it harder for sperm to travel to the egg and for a fertilized egg to be implanted in the uterus. Progestin can cause headaches, fluid retention, and weight gain, and may also increase the risk of developing breast cancer and cardiovascular disease.

Progestin is more commonly used with synthetic estrogen, in a type of drug referred to as “combination.” These hormones are not only used in pills; they are also administered via injection, vaginal rings, sprays, implants, and so on. When combined, they can manipulate more aspects of the feminine cycle, and can thus be more effective at preventing pregnancy. They also cause more side effects, from blood clots to depression. Combination therapy is also used to manage hormone levels during menopause. But at what cost?

The Price of the Pill

Studies continue to show that bioidentical hormones cause less harm and do greater good in the body than synthetics do. Using synthetic hormones has been shown to increase the risk of heart disease and breast cancer. Bioidentical hormones, on the other hand, when used as menopausal hormone therapy, have been shown “to improve the quality of life in the long-term by increasing bone density and muscle mass” and to “substantially reduce the risk of Alzheimer’s disease and other causes of cognitive decline, as well as the risk of heart and blood vessel diseases, osteoporosis, insulin resistance, and more.”

Bioidentical—it’s a simple word, but it can make a big difference in your short- and long-term health. If your doctor suggests hormone supplements, make sure to ask whether the drug she’s suggesting is bioidentical, and if not, what the side effects are. It’s likely you can better meet your family-planning and health goals without side effects, by learning Fertility Awareness-Based Methods (FABM). You deserve to have all the information before you fill your prescription or pop a single pill.

“How Progestin, a Synthetic Female Hormone, Could Affect the Brain.” The Atlantic (14 January 2012). https://www.theatlantic.com/health/archive/2012/01/how-progestin-a-synthetic-female-hormone-could-affect-the-brain/251299/

When artificial hormones take over your body