In a new book titled How the Pill Changes Everything: Your Brain on Birth Control, Dr. Sarah E. Hill sheds light on current research on the woman’s brain and the many ways the Pill impacts it. In a recent interview for The Guardian, Dr. Hill discusses the book and the science and research backing her latest work. 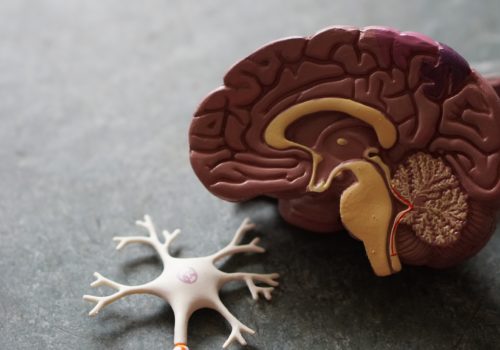 Hill explains how hormonal birth control impacts women’s moods, perceptions, and stress response by the way these drugs change the woman’s hormone balance and influence brain receptors.  Contraceptives medications operate by mimicking the second half of a woman’s monthly cycle, using the artificial hormone progestin to shut down egg development. “But that also means the ovaries aren’t producing oestrogen, the hormone which dominates the first half of a woman’s natural cycle,” Dr. Hill notes. “And oestrogen does some of our favorite things to our brains and bodies, making us feel sexier and more energetic. While most pills include some synthetic oestrogen – primarily to offset progestin’s unpleasant side-effects – women can feel the lack.”

Dr. Hill confirms previous research that shows how the Pill can influence our choice of a romantic partner. She reports that “Pill-taking women – in their state of artificial progesterone dominance and lacking a cyclical oestrogen urge – seem to prefer the faces of men who are less masculine.”

The way the Pill can cause mood disorders such as anxiety and depression is another important finding from recent research that Dr. Hills acknowledges, citing that “the association was particularly high in young women aged 15-19 and their suicide risk is also more than twice that of non-pill takers.”

Furthermore, Dr. Hill explains that the Pill can alter the brain’s ability to respond to stress: “the stress hormone profile of pill-taking women, research suggests, is similar to people who have experienced chronic stress.” And it doesn’t stop there: “Other research has found links between birth control usage and effects on the immune system, learning and memory.” All of this amounts to making women feel less like themselves⁠—a phenomenon reported by many women who are or have been on the Pill.

Dr. Hill’s research and work to educate women about the drawbacks of the Pill are so important; however, as a solution, she encourages women to resign themselves to the status quo as the cost of pregnancy prevention: “Talking critically about the pill doesn’t mean that the benefits aren’t going to outweigh the cost. It’s not antithetical to women’s rights to talk about this stuff.” She goes on to say, “Not being pregnant when you don’t want to be pregnant–for me, the benefits of that far outweigh almost any brain changes the pill can cause.”

She normalizes the negative effects of the Pill, directing women to try other types of hormonal contraceptives that might cause fewer problems for them personally than another.

“The more information women have, the more it will bring them back to the pill,” she explains. “I am confident women who want to use the pill are going to be able to find one that works for them.”

The truth is, that along with the Pill’s many side effects from weight gain to depression and anxiety, it is not the only option for family planning and operates as a band-aid solution for reproductive problems, only masking the symptoms and, in some cases, exacerbating the issues.

This “new normal” is what many women expect, not knowing that effective, natural alternatives are available to women that can actually help improve overall health. Fertility Awareness Based Methods (FABMs), are not only side-effect free but can also help women make health and lifestyle changes that the Pill and its counterparts are unable to do in the long term. The beauty of FABMs is that they allow women to track their fertility and health using their vital signs as indicators.

However, when referencing these natural alternatives to hormonal contraceptives, many people, including Dr. Hill, point to the copper IUD. Touted as natural because it’s hormone-free, the copper IUD comes with its own dangers and side effects including heavier, longer and more painful periods, pelvic inflammatory disease, backache, and pain during sex. ” The copper IUD can cause copper toxicity or excess copper in the body. Excess copper can create symptoms such as fatigue, nausea, depression, irritability, cravings, mood swings, brain fog, among many others.”

As Kathleen Taylor wrote for Natural Womanhood, despite not releasing hormones into a woman’s body, the copper IUD does affect a woman’s thyroid, which in turn affects her hormones. “So while the copper IUD has been falsely praised as a natural birth-control option, it’s worth remembering there is nothing natural about placing a foreign device in your body, and it isn’t as side-effect free as your doctor may think,” Taylor writes. “No one should settle when it comes to birth control.”

We recognize that there times when women need or want to avoid pregnancy, which can lead them straight to the Pill, but we do not believe that the side effects, which can range from uncomfortable to life-altering, are a necessary evil. And it seems that more and more women are agreeing with this line of thinking as they are going off of hormonal contraceptives or are considering a switch.

Women should not have to choose between discomfort and pregnancy. The beauty of FABMs is that the scientific, research-based methods have an effectiveness rate comparable to commonly used forms of contraception. As our editor Mary Rose Somarriba wrote in response to an inaccurate article about fertility awareness in Cosmo, “the typical use effectiveness rate for the pill (91%) is lower than the typical use effectiveness rates of common FABMs such as Sympto-Thermal, Creighton, and Sympto-hormonal methods (98%, 96%, and 93% respectively.) Again, these are typical not perfect use effectiveness rates.” Furthermore, FABMs have the added benefit of not causing blood clots, weight gain, loss of libido, and a host of other problems that can accompany hormonal contraceptive use.

Our feelings about Dr. Hill’s interview are mixed. On one hand, we welcome her part in the ongoing shift in the discussion surrounding birth control, but on the other hand, we are concerned with the normalization of birth control side effects and the lack of transparency about alternatives, as no women should believe that hormonal birth control is the only option, especially when FABMs exist as a safe, healthy, and empowering choice.