This past week, The Cut, a website run by New York Magazine, published a personal essay by Anna Silman, titled, “Every Girl I Knew Was On It: Why some women are questioning hormonal birth control.” The author reflects on her own decision to abandon the Pill as she also explores why so many young women are questioning and often quitting oral contraceptives.

“In a development that the Pill’s earliest advocates would likely find strange—and concerning, given the increasingly tenuous status of Roe v. Wade under a conservative Supreme Court—many women I know are beginning to question hormonal contraception, particularly its effects on mood and behavior,” Silman writes. “I wanted to know what was causing us to suddenly doubt something we had been swallowing for years without much thought at all, and how we feel now that we’ve stopped.” 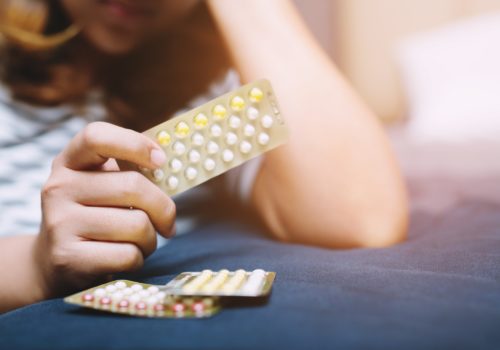 Silman reports that the “current scientific consensus” is that the Pill does not cause adverse side effects or health concerns for the majority of women. However, she acknowledges, it may be affecting women in other ways:

And yet there’s less conclusive data about the subtler ways the Pill might affect us when it comes to mood or sex drive or overall quality of life, all of which are harder to quantify. Some women who’ve quit the Pill told me they’ve seen a reduction in anxiety or depression; some have seen an increased libido. For others, the effects were more nebulous: I heard phrases like “more alive,” “more clear,” “more myself,” and “like a fog had lifted.” The more I spoke to people, the more obsessed I became with the idea that one little tweak to my hormonal network could be affecting everything I take for granted about myself. What might hormonal contraception be doing to our minds, our moods, our behavior? And if science hasn’t yet found a clear answer, how much does that matter?

Silman goes on to discuss the thesis of her article at length, tackling the pros and cons of rejecting the Pill. Her points vary: she writes how many women have received pushback when they asked their physicians about going off of the Pill, or have found that the Pill lowers their libido, and how many have made the connection between the synthetic hormones that make up the Pill and swings or declines in their mental health.

However, despite the overwhelming show of dissatisfaction with the Pill, it seems that many doctors are encouraging patients to stay on the Pill and ignore “anti-Pill advocates” because they view the risk of pregnancy as outweighing that of psychological problems. “I think the only time that doctors consider something a psychological side effect is when somebody goes into a full-blown clinical depression,” said Dr. Sarah Hill, a professor of psychology at Texas Christian University and the author of This Is Your Brain on Birth Control. “It’s pathetic that our mental health doesn’t get taken very seriously unless it’s the absolute rock bottom of the barrel.” Based on Silman’s reporting, it seems like many people distrust natural methods outside of the Pill based on stereotypes or assumptions, rather than scientific facts and real-life testimonials.

Allowing Women to Question the Pill

In the course of her article, Silman wonders if it is a privilege to question the Pill because, as she says, it is the most affordable and the easiest option for most women. This statement reveals how our cultural mindset has become so narrow that now we are discussing what few options women have, when the Pill was originally framed as a way to free women, not enclose them in a few subpar options. These days, many seem to feel a need to defend the Pill at all costs. However, if women’s empowerment is about freedom, then shouldn’t the choice exist for women to choose options other than hormonal contraception?

Silman’s discussion points are varied and expansive, but one in particular that really resonated with me, was when she asked whether or not it is anti-feminist to question the Pill. She concludes: “questioning the Pill can be viewed as stemming from the same feminist instinct that engendered the Pill’s rise: a desire to ask good questions and make informed decisions about one’s own reproductive future.”

We agree with the author particularly on this point; it is feminist to ask questions in order to make informed personal decisions, and for women to do this properly, they deserve to be educated on all options, including effective Fertility Awareness-Based Methods.

As more and more women begin to question the Pill, it’s important that they know that they aren’t bound or trapped into considering only options that include synthetic hormones. There are natural alternatives to birth control such as FABMs. which can be used not only for family planning but also to get to the root causes of larger health concerns such as PCOS or endometriosis. FABMs provide women with a natural, side-effect-free way of managing their health, fertility, and more. We hope that as more women ask these tough questions about the Pill, they will learn more about FABMs and find a method that works for them.