How the Birth Control Pill Messes up Mutual Attraction

posted on November 4, 2017 by Kathleen Taylor

I’m going to tell you a joke; stop me if you’ve heard it.

What did the boy monkey say to his three favorite girl monkeys?

Nothing; because his three favorite girl monkeys were injected with Depo-Provera.

Okay, not much of a joke…I suppose it’s more of a cautionary tale.  Keep reading for the true story.

Studying the behavioral and psychological side effects of hormonal birth control is a relatively new field, but one that deserves our attention.  I am continually intrigued by the way a medication that is intended to halt fertility could have such a far reach that it actually influences our levels of attraction and attractiveness. How can the birth control pill affect who a woman is attracted to? Furthermore, how can it change how attractive she is to men?  Don’t worry, I promise to come back to those monkeys soon! 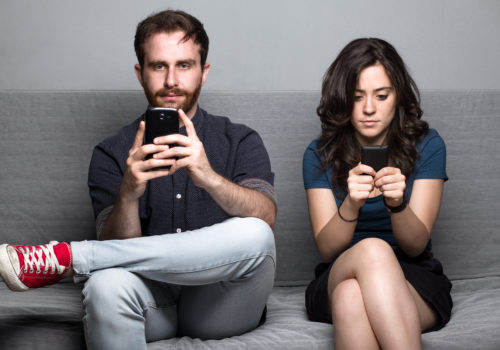 I recently wrote about how women who are contracepting choose men with similar immunity genes to themselves, as opposed to naturally cycling women, who choose men with different immunity genes.  (If you missed it, check it out here!)  Additionally, while on the Pill, women select men with less masculine voices, facial features and traits[i], which in terms of evolution, are considered less desirable. There is speculation that contracepting women are drawn towards a more nurturing (dare I say, feminine?) appearance since the Pill mimics pregnancy, and, in a primal sense, pregnant women depend on the care of relatives (which also explains the tendency towards similar genes).  This idea is supported by a recent study[ii] which shows preferences in pregnant women to be similar to those of women using hormonal contraceptives.

So, while using contraceptives, women are drawn towards men who they might not have otherwise picked, men who aren’t as genetically compatible or who have less desirable genes, and men they might not be as attracted to once they stop contracepting.  I won’t presume to know exactly how this affects relationships, families, or our societies, but I know that it isn’t good. (To learn about some theories, check Lisa Welling’s report[iii] where she speculates that couples with similar immunity genes may take longer to conceive, their pregnancies may have a higher risk of pre-eclampsia, and that offspring may also have troubles reproducing and experience impaired immune function.)

So, what about those poor monkeys?  In his book[iv], The Decline of Males, Lionel Tiger recounts how the Depo-Provera shot affected the sexual behaviors of a tribe of macaque monkeys who were colonized on a small island.  While free from human interference, the alpha male monkey, named Austin by the researchers, selected three favorite females to be his exclusive sexual partners. 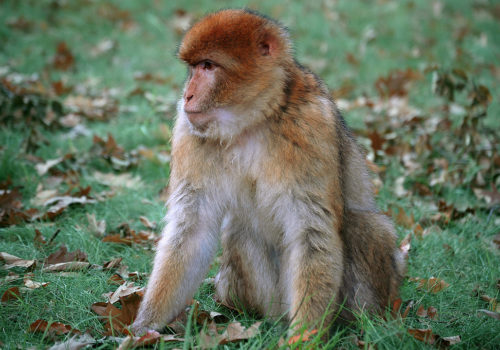 This research was done in 1972, before the Depo shot was legal in the United States.  Tiger equates Austin’s response to the fact that hormonal contraception creates a “chemical pregnancy” and eliminates the primal desire to procreate.  The injected monkey’s pheromones persuaded Austin against sexual relations with them. Obviously, there are many more factors that go into human’s sexual choices.  The consequences of Depo-Provera and other hormonal contraceptives may not be as extreme, but that doesn’t mean the findings aren’t relevant.

Pheromones play a key role in our subconscious attraction to a potential or chosen mate.  I’ve already discussed how pheromones are involved in a female’s partner selection (and how hormonal contraceptives disrupt the natural process), but unsurprisingly, pheromones also influence a male’s selection of females.  There are numerous studies[v] that tell us that men find women more attractive when they are fertile. Biologists Astrid Juette and Professor Karl Grammer illustrate this nicely with an experiment[vi] that exposed a group of men to female pheromones while having them rate pictures of females for attractiveness.  While unknowingly being exposed to the pheromones, the men rated the same females as being more attractive than they had when not exposed to them.  Grammer relayed his findings to the British Psychological Society, and added that hormonal contraceptives could inhibit a woman’s production of these pheromones.

Only a handful of studies have been done to show the real-world effects of hormonal contraceptives on female attractiveness.  Geoffrey Miller, Professor of psychology at the University of New Mexico, found that lap dancers who were using hormonal contraceptives[vii] made about $80 dollars less a shift than non-contracepting dancers. In fact, while fertile, regularly cycling lap dancers made about $20 more per hour (and about $35 more an hour than when menstruating)!  This supports what we know about how the human olfactory system picks up on pheromones and subconsciously uses them to interpret attractiveness. 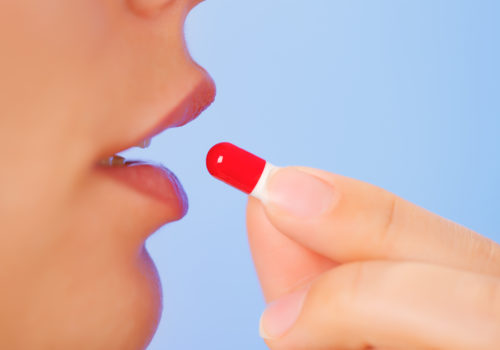 Additionally, this study[viii] led by S. Craig Roberts, a Professor of Social Psychology at the University of Stirling, Scotland, went a step further to investigate if men reported their female partners to be less attractive while using hormonal birth control.  Surveys were given to both the male and female partners at various stages: while fertile, non-fertile, and while using hormonal contraceptives.  As predicted, men rated their partners as being more attractive while fertile than while contracepting.  Another outcome, which I found interesting, was that men also rated themselves as less attractive while their partner was on hormonal birth control, even less so than when she was in a non-fertile phase of a regular cycle.  So, this very common method of birth control has an effect on women’s attraction to men, men’s attraction to women, and also how men feel about themselves as a sexual partner!

Another surprising outcome was that men also rated themselves as less attractive while their partner was on hormonal birth control, even less so than when she was in a non-fertile phase of a regular cycle.  So, this very common method of birth control has an effect on women’s attraction to men, men’s attraction to women, and also how men feel about themselves as a sexual partner!

Hormonal contraceptives like the birth control pill clearly extend past their basic intended purpose of obstructing conception, and reach far beyond, into the most precious and sensitive areas of our lives.  Combined with the known medical and emotional[ix] risks, this evidence of influence over mate selection and attraction is extremely startling.  Fertility Awareness Based Methods (FAMB’s) are effective and natural alternatives.  We owe it to our health, our relationships, our families, and our society to consider the wide-ranging effects of contraceptive drugs, and reclaim responsibility and control over our fertility.

Explore our links under our “learn” tab to learn more about Natural Family Planning and FAMB, and how to get started.

NOTE: For more on the Depo-Provera shot, check out the book, The Dangers of Depo: The World’s Most Dangerous Birth Control by Traci Johnstone and Poppy Daniels.

[ii] Hormonal Contraceptive Use During Relationship Formation and Sexual Desire During Pregnancy (http://dspace.stir.ac.uk/bitstream/1893/23078/1/Cobey-etal-ArchSexBehav-2016.pdf)

[v] Attractiveness of Women’s Body Odors Over the Menstrual Cycle: the Role of Oral Contraceptives and Receiver of Sex (https://academic.oup.com/beheco/article/15/4/579/205993/Attractiveness-of-women-s-body-odors-over-the)

[viii] Men Perceive their Female Partners, and Themselves, as More Attractive Around Ovulation (http://www.scraigroberts.com/uploads/1/5/0/4/15042548/cobey_et_al_2013-_bio_psych.pdf) 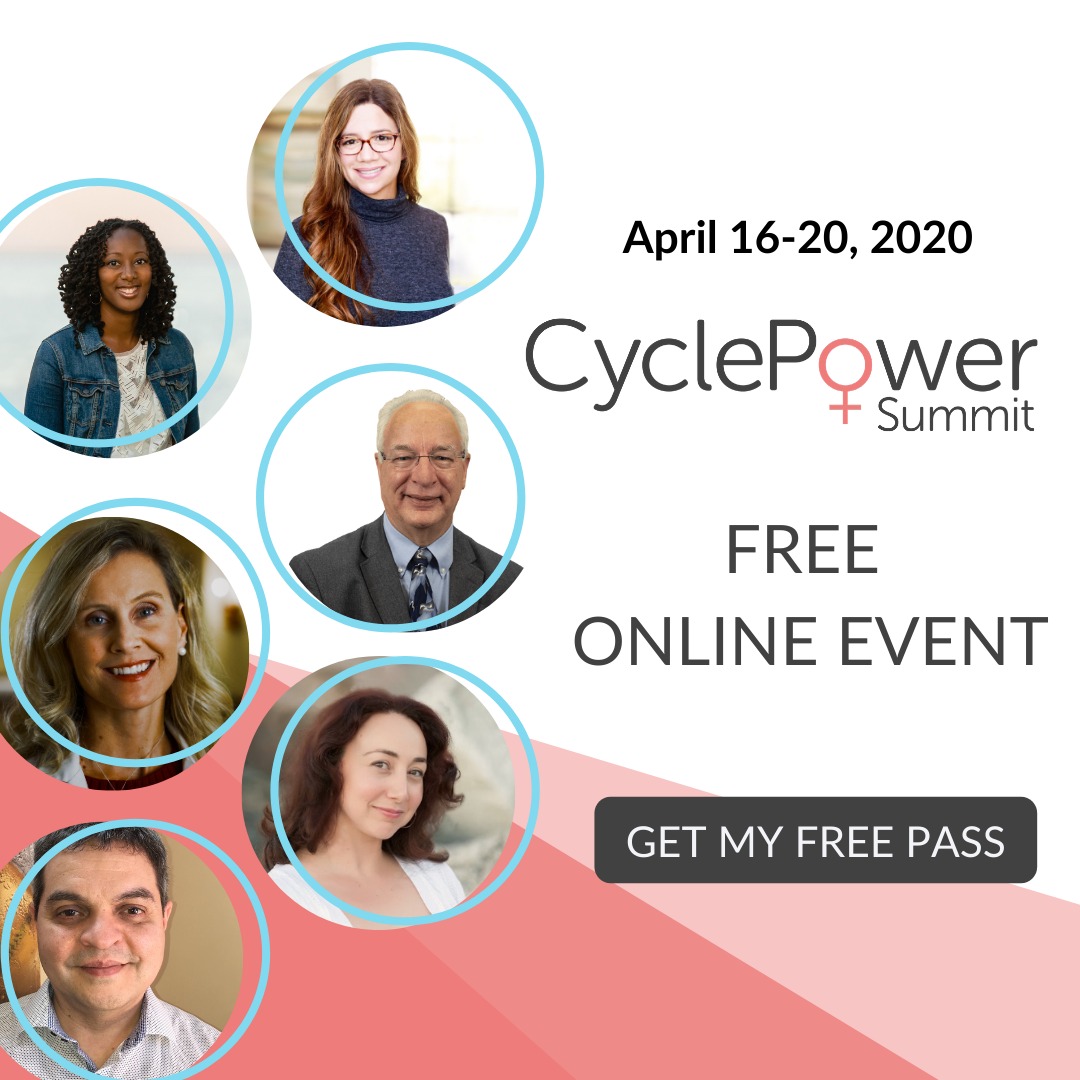