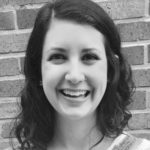 You may already know that a Citizen’s Petition was recently filed to the FDA (Food and Drug Administration) requesting more transparency and patient warnings regarding potential side effects for different forms of hormonal contraceptives. We have been talking about it for a few weeks now, and, as Natural Womanhood CEO Gerard Migeon invited readers weeks ago, we encourage anyone who has suffered from birth control side effects to share their story by making a comment on the petition, to which dozens of people have already commented. 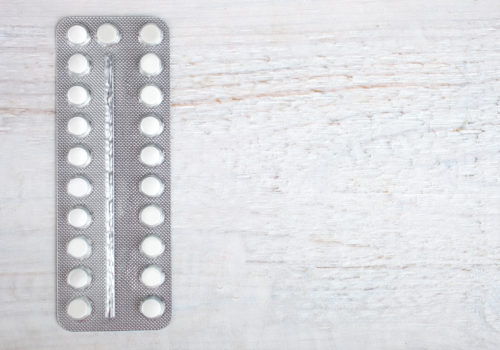 But what exactly does this petition contain? At almost 100 pages, this hefty document can appear a little intimidating at first glance. So we’re happy to break down the content into a digestible FAQ format.

What is the goal of the petition?

In brief, the Citizen’s Petition aims to make all healthcare providers and consumers of hormonal contraceptives aware of their possible, proven side effects. To do so, it is urging the FDA to add black box warnings to certain prescribing information, as well as other safety information, and to remove one of the worst culprits from the market completely.

A black box warning is a label on a prescription medication that warns both providers and consumers about serious safety concerns of that drug, usually adverse (and potentially life-threatening) side effects. The FDA can decide to require the manufacturer to add a black box warning to a medication’s packaging at any time after that drug is approved to be on the market.

What exactly would these potential changes be?

If accepted, this petition would, first of all, remove one drug from the market altogether—the injectable contraceptive Depo Provera, known medically as Depot Medroxyprogesterone Acetate (DMPA). Evidence definitively shows that it is responsible for increased transmission of HIV from men to women (a side effect that is currently not even reported in online sources of contraceptive information, like Planned Parenthood). As  the FDA petition documents:

“four meta-analyses (3 reports) were published in 2015. Each used different inclusion criteria and compiled the data on different numbers of studies, yet all 4 came up with essentially the same result of significantly increased risk of male-to-female HIV transmission in women using DMPA. . . . Importantly, no consistent association has emerged with regard to oral contraceptives or other injectable or implantable contraceptives and the facilitation of HIV transmission.”

Besides the request that Depo Provera be removed from the market, the majority of this petition’s impact would be to affect the advertising of many contraceptives, which would then affect those being advertised to—that is, everyday consumers. The petition requests that the FDA add black box warnings concerning the proven, reported, adverse side effects of breast cancer, cervical cancer, inflammatory bowel disease, Systemic Lupus Erythematosus (SLE), depression and suicide, venous thrombosis (blood clots), and cardiovascular events.

Additional safety information that the petition requests should be added to contraceptive labels include: the increased risk of developing Multiple Sclerosis (MS), a higher risk of bone fractures, a significantly increased percentage of fat body mass (which can lead to other serious conditions such as diabetes and cardiovascular problems), and an increased risk of urogenital problems. Potential urogenital problems include a significantly higher risk for the development interstitial cystitis, an increased risk of urinary tract infections, vaginal dryness, Female Sexual Dysfunction (FSD) caused by OC-induced dyspareunia, reduced sexual desire and libido, and other problems. (Visit the FDA document for all cited research).

Currently, these potential risks and side effects are either not added to black box warnings on most hormonal contraceptives, or they are downplayed or misleading at best. Just as it took years for cigarettes to add appropriate health warnings onto their packages, it seems that it is taking an unacceptably long time for the FDA to add sufficient warnings to the packages of hormonal contraceptives.

Even with some current warnings on birth control pill packaging, the implication is that certain risks—like blood clots (which claimed the life of 20-year-old Alexandra Williams)—only occur when combined with cigarette smoking, and increase with “heavy smoking” and an increase in age. This misleads users to think their risk is null if they don’t engage in cigarette smoking and/or are not over 35 years of age. It also suggests it is not the contraceptive that causes the blood clot but the cigarette smoking. If the FDA heeds this petition, it will follow the request that such labels be changed to state: “WARNING: INCREASED RISK OF SERIOUS CARDIOVASCULAR EVENTS INCLUDING BLOOD CLOTS.”

What forms of contraception does the petition cover?

As the Preliminary Statement explains, hormonal contraceptives have been around for 50 years. When most people think about birth control, they think of “the Pill,” but it is not always realized that there have been numerous different formulations of it over the years. Further, other methods of hormonal contraceptives besides oral pills have been increasingly gaining in popularity, such as intravaginal rings, transdermal patches, implants, and the IUS/IUD.

The Citizen’s Petition differentiates between combined estrogen-progestogen contraceptive formulations (COCs) and progestin-only contraceptive formulations (POCs), in listing the many different contraceptive “agents,” or pharmaceutical names of different kinds of hormonal contraceptive. The overwhelming majority of these fall under the “COC” banner as Combined Estrogen-Progestin (EE-P) Pills—from Natazia to Ortho-Novum to Yasmin. There are two types of COC patches and one vaginal ring (the popular Nuvaring). The number of “POC” Progestin-Only Pills is much smaller, although there are several POC injectables, implants (Nexplanon has been on the hot seat this year), and IUS/IUDs (the Mirena IUD has also had its share of unfortunate connections).

What is the research behind this petition?

A lot of work went into the creation of this petition, which was spearheaded by Dr. William V. Williams, Editor in Chief Emeritus of the Linacre Quarterly. An official “Contraceptive Study Group” of medical professional and experts (including Natural Womanhood’s CEO, Gerard Migeon), compiled all of the information and extensive research necessary for the FDA to make their decision regarding the proposed changes.

The petition goes into depth about each adverse side effect for which it requests a black box, citing research from various studies over past decades, as well as a series of comprehensive, well-documented literature studies. In the case of Depo Provera (DMPA), the one contraceptive drug that the petition advises should be immediately removed from the consumer market, the petition provides both epidemiological evidence from various studies and reports, as well as mechanistic and experimental evidence—including in vitro evidence of increased HIV replication at the cellular level. As the petition concludes: “In the United States, where the availability of a wide range of contraceptive drugs and devices is virtually universal, and where, among these contraceptive choices, one and only one particular method—DMPA—is now known to increase the transmission of an often-fatal viral infection (HIV/AIDS), there can be no justification for such a drug’s continued availability in the marketplace.”

Extensive research and statistics are provided concerning the causal relationship of hormonal contraceptives and cancer—both breast and cervical—including tables of case control studies. PubMed literature reviews back up claims of causal links to Crohn’s Disease, Ulcerative Colitis, Multiple Sclerosis, and Systemic Lupus Erythematosus. Various studies of contraceptives and depression, mood disorders, and suicide are provided, as well as studies about every other proven side effect of hormonal agents. (Again, all of this research is cited in the supporting documentation of the FDA petition.)

The economic impact of contraception

The conclusion explains how all of the data reviewed above reflects many of the known side effects that are not properly represented in current prescribing information (indeed, as it explains, warning information is often presented in a misleading manner). The conclusion also begs the FDA to consider the many environmental and economic impacts of hormonal birth control, stating:

“Many millions of women are currently receiving COCs and POCs. Many millions more have been exposed to these agents at some point in their lives. They should receive updated information regarding risks which have not been conveyed, or not adequately conveyed, in the past. All women who have been exposed to COCs or POCs should be informed so that they can take this information into account as they may encounter some of these adverse effects in some cases many years after cessation of use.”

This statement is immediately followed with numerous studies documenting the various environmental impacts of hormonal agents; for example, highlighting the effects of synthetic hormones on fish populations and other species. It calculates the estimated economic impact by taking into account both those women who are currently using COCs and those who have ever used them. It cites reports and studies that show an estimate of just how much money hormonal contraceptives are costing our society, by considering different cases of cancers, diseases, and mood disorders.

In short, the conclusion reveals that there are even more reasons to be opposed to hormonal contraceptives than the many obvious (and serious) health concerns.

So what can I do to help?

The FDA is seeking comments from both medical providers who have witnessed adverse birth control side effects firsthand, or from patients who have experienced them. If you or someone you know has, indeed, suffered at the hands of hormonal contraception, now is the time to make your voice heard.

Please comment directly on the petition (by clicking the “Comment Now!” button on the right-hand corner), or share with someone you think would like to know about it. With your help, we can make an enormous impact and greatly increase awareness of the many proven risks involved with various forms of birth control. Lives could be saved! Your assistance is very much appreciated.

Too many women are given a prescription without an explanation. Too many women are wholly uninformed and misled about the dangerous (and even potentially fatal) effects of hormonal birth control. The overall goal of this petition is to amend this cycle of misinformation. In turn, the hope is that doctors might also start thinking twice before prescribing some of these contraceptives to their patients and offer effective natural alternatives in their practices (as some doctors have already told us they are doing). We currently live in a world where a woman has much more information on possible side effects of her ibuprofen than her birth control—and that needs to change.