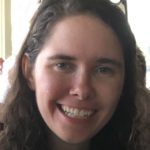 That’s how Dr. Summer Holmes Mason felt a few years into her practice.

As a board-certified OBGYN, she was dedicated to helping women manage their health. And often, that involved offering her patients contraception, like the Pill. 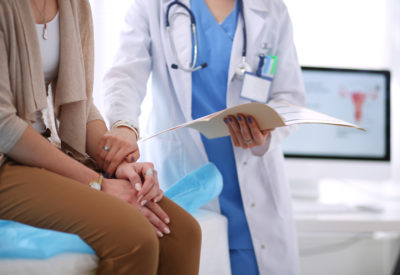 “Prescribing contraception was bread and butter gynecology for me,” she says. “It was probably one of the largest tools I had in my arsenal as an OBGYN to treat medical issues.”

The medication was meant to help. But soon, Dr. Holmes Mason noticed a trend.

“After a couple of years, I realized people were coming back to me with more side effects than I thought was acceptable,” she says. One patient suffered a blood clot, a potentially deadly risk of hormonal contraception. Others struggled to find a form of the medication they could tolerate. “I’ve seen people cycle through birth control. They’d be on, sometimes, five or six or seven different kinds of birth-control pills . . . and they couldn’t find one that worked well for them.”

Faced with this quandary, Dr. Holmes Mason knew there must be more choices she could offer her patients. “There has to be something else available,” she remembers thinking, “otherwise I can’t do my job effectively.” And she was determined to find that alternative.

It wouldn’t be easy.

“I had to educate myself,” she confirms. A graduate of Albert Einstein College of Medicine in New York, she did her residency at the University of Maryland Medical Center in Baltimore. Her training gave her very brief exposure to natural forms of avoiding pregnancy. “But typically fertility awareness-based methods [FABMs] are presented like ‘the rhythm method,’” she says.

The rhythm method, also called the calendar method, is a rudimentary form of natural family planning that was used by women beginning in the 1930s. Today’s modern, evidence-based Fertility Awareness-Based Methods are light years away from the rhythm method in helping women avoid or postpone pregnancy, some with even greater effectiveness than the Pill. FABMs also help women understand her menstrual cycle, and identify and treat health issues, where hormonal contraception does not. 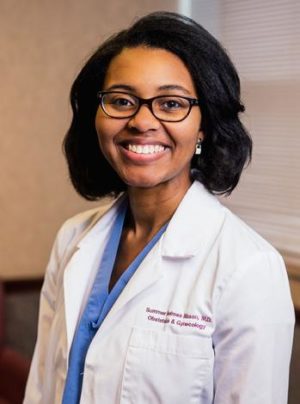 While searching for answers, Dr. Holmes Mason had a breakthrough when she stumbled on a podcast called Fertility Friday, hosted by Fertility Awareness educator Lisa Hendrickson-Jack. The episode featured Dr. Marguerite Duane, the co-founder and executive director of the Fertility Appreciation Collaborative to Teach the Science (FACTS). “She mentioned various models that were available to help women from the medical management side,” Dr. Holmes Mason says. “That’s where I thought ‘Ah ha! This does exist,’ and I dove right in.”

“Often times I see women in my office who have been on the Pill for 5 or 10 years, and they’ve had menstrual dysfunction since they were 12 or 13 years old. . . . I’m seeing them for the first time, and we don’t really know why their menses were dysfunctional. The Pill has been masking whatever pathology was going on,” she says.

“Maybe they want to come off the Pill, for whatever reason—a medical issue, or they want to get pregnant. But the original issue still remains.”

Some patients have underlying health issues like polycystic ovarian syndrome (PCOS) or endometriosis that may make it hard to conceive when they want to later. Seeking treatments for these conditions with the help of Fertility Awareness-Based Methods could help heal the condition instead of covering up symptoms with hormonal birth control. “It certainly would be really beneficial for people to have this information, to be able to say ‘something’s not right, what’s going on, how can I restore my cycle,’ as adolescents, as opposed to going through this process ten or fifteen years later.”

Today in her practice at Wooster OBGYN in Wooster, Ohio, Dr. Holmes Mason’s patients have more choices than ever, both for managing health issues and avoiding pregnancy. Her practice still offers hormonal birth control options to patients, but Dr. Holmes Mason doesn’t push it on patients as the only option. Instead, she gives patients a full picture of the health risks and side effects that come with hormonal birth control—as well as information on natural, side-effect-free alternatives found in Fertility Awareness-Based Methods. Now, her frustration and sense of being limited in helping the women who come to see her is gone.

“I really try to utilize the informed consent process,” she says. “I feel like my patients will know what they are getting into if they are getting hormonal contraceptives, and let them make that choice for themselves . . . for those people who don’t want to, after having that discussion, I have so much more to offer.”

Her sense of empowerment as a physician is an experience she wants others to have, too, and that’s why she’s sharing her story.

“I just hope maybe a light will go off for somebody else who feels like, even though we have a ton of hormonal contraceptives available, really, they all do the same thing,” she adds. “Maybe they’ll realize there are alternatives that are safer for women throughout their reproductive lives.”

Maggie Brady is a graduate of the E.W. Scripps School of Journalism at Ohio University. She writes from the Cleveland, Ohio area.