Do You Know Someone Who Has Suffered Birth-Control Side Effects?

If, like us, you have any concerns about the lack of transparency and patient warning on birth-control side effects, including blood clots, breast cancer, depression, and many other issues, you have a chance to make your voice heard today. 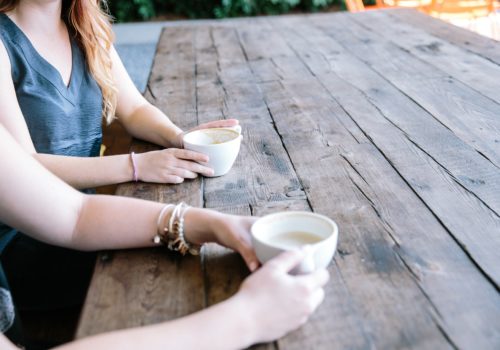 Maybe you’re someone who used birth control and stopped because of the side-effects, or you know someone who suffered extensively, or perhaps you experienced lasting consequences from these drugs yourself.

A Citizen’s Petition has been filed asking the FDA (Food and Drug Administration) to improve patient information and transparency concerning the evidence-based risks of birth control drugs and devices such as the Pill, the patch, the shot, IUDs, and the vaginal ring.

A Citizen’s Petition is a process provided by the FDA for individuals and community organizations to make requests for changes to health policy. Unlike the usual petition which collects a large number of signatures, a Citizen’s Petition consists of filing an expert report or study stating the facts supporting the change requested.

If this petition is heeded by the FDA, it would result in new black box warnings and more awareness among physicians, which would likely prevent serious diseases and save lives—lives like those of Erika Langhart and Alexandra Williams.

In order to bring more weight to the petition, it is critical that voices from the community of doctors and consumers speak up for it, especially if they had a negative experience on their own.

Since the petition is open to the public, we may even have to defend it against large pharmaceutical companies which will, no doubt, try to defeat this action.

In order to speak up for it, you can simply make your comment by following this link and click the “Comment Now” button in the top right-hand corner of the age.

The petition, which was organized by Dr. William V. Williams, Editor in Chief Emeritus of the Linacre Quarterly and prepared by a team of medical professionals and experts, includes a description of the research available and prevalence for each negative side effect listed. We were proud to contribute to this effort by providing the content regarding the risk of blood clots and other cardiovascular events.

Couple to Couple League board member Michael Manhart, PhD, a member of the group who submitted the petition, said “Should this petition be acted on by FDA, the result would be new labeling for hormonal contraceptives which will impact direct-to-consumer advertising and likely make some physicians think twice about prescribing these to some patients,” Manhart said. “Public outcry will help motivate the FDA to act.”

Please consider taking a few minutes to fill out the comment form and share this letter with anyone you know who may be interested in doing so. It is important that people at the FDA understand the pain caused by these drugs.