Last week, Wisconsin’s News 9 WAOW.com reported on a story about a Wisconsin teen who says birth control caused her to have a stroke. 18-year-old Hannah Drummond, a senior in high school, was in gym class when she began to feel unwell. She went to the hospital and learned that she had a stroke. Both Drummond and her doctors believe that her stroke was caused by her hormonal birth control. While there, Drummond was informed that she also has a hole in her heart. Her doctors believe that her birth control “caused a blood clot, which must have slipped through the hole in her heart and up to her brain, causing the stroke.”

According to the CDC’s 2015–2017 National Survey of Family Growth, approximately 64.9% of all women of reproductive age were using some form of birth control. According to a study conducted at Loyola University Medical Center, women without health problems won’t have trouble with birth control, but the likelihood of having adverse side effects goes up if you have a pre-existing condition, like Drummond.

However, scientific studies and personal testimonials have shown that women can experience side effects from hormonal birth control regardless of whether or not they already have a preexisting health condition. At Natural Womanhood, we have covered how birth control products such as Essure have been pulled from the market, and we have shared testimonies from those who have suffered, or from family members about their loved ones who have died due to birth control.

Sadly, many women are not fully aware of these side effects or alternative options to hormonal birth control. We encourage you to sign and share this Citizen’s Petition which calls on the FDA “to improve patient information and transparency concerning the evidence-based risks of birth control drugs and devices such as the Pill, the patch, the shot, IUDs, and the vaginal ring.” This petition is all the more urgent as, recently, there has been a major push for hormonal birth control to be available over the counter, and for pharmacists to be able to prescribe it without the approval of a certified physician. In fact, several weeks ago we wrote about the introduction of a bill in Wisconsin that would give pharmacists this authority—the very state where teenage Hannah found herself in the hospital due to birth control.

Our hope is that as more women become informed, we can avoid the untimely deaths like that of Alexandra Williams, or shocking side effects such as a stroke, especially in someone as young as Hannah Drummond. Moreover, it’s also important that women know that hormonal birth control is not their only option. Fertility Awareness-Based Methods offer women a natural way to practice self-care, family planning, and more, however, they are still ignored by most healthcare providers. FABMs are a safe alternative, and it can benefit everyone—from couples planning their families to high schoolers who desire to know more about their bodies. 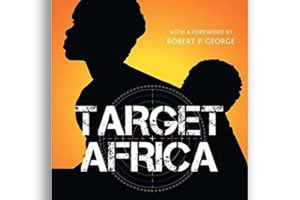