Essure Is Pulled From the Market, As New Netflix Documentary Is Released

On Friday July 20, the medical technology company Bayer announced that they will be removing the form of birth control, Essure, from the U.S. market as of December 31 of this year. 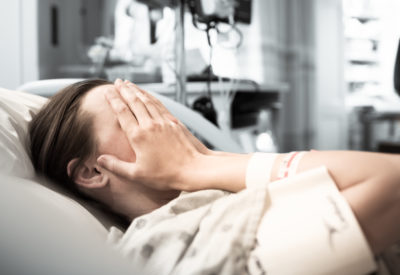 Essure is a sterilization device in the form of a flexible, 4 centimeter metallic coil. It’s inserted into the fallopian tubes through the vagina. It is intentionally designed to cause inflammation leading to the formation of scar tissue, effectively closing the fallopian tube, which prevents the egg and sperm from meeting.

Earlier this year, it was announced that the FDA would require physicians to provide a 22 page informed-consent brochure, discuss it with their patients, and have it signed, before prescribing Essure. This came after Essure has been on the market for 16 years and has been inserted in more than 750,000 women. According to an article in the Journal of the American Medical Association (JAMA), Essure has left more than 28,000 women with chronic pelvic pain or headaches, led to full or partial hysterectomies and is responsible for at least 10 deaths due the device perforating the uterus or fallopian tubes.

It is striking that something so small can cause so much irreparable damage. The removal of Essure from the market is a triumph for women’s health. While it can’t undo the harm it is has already done, it will prevent further tragedies and harm to women, and it can console those who have suffered from Essure to know it’s going to stop.

The People Have Spoken

Bayer’s announcement also came exactly a week before the release of the Netflix documentary, The Bleeding Edge that reveals willful negligence by the FDA in allowing technology such as Essure to hit the market without a proper safety examination. Academy Award-nominated filmmakers Amy Ziering and Kirby Dick explore the medical-technology field and put the spotlight on Essure, along with the Da Vinci surgical robot and chrome hip replacements.

Bayer insists that its announcement to remove Essure from the market is simply a result of declining sales and has nothing to do with the documentary or the FDA’s new informed-consent requirement. However, the timing along with the long-held resistance of the company to acknowledge health issues with Essure suggest a different story.

“We don’t think it’s coincidental that they did it just a week before the release of the film on Netflix,” Dick said. “I think they knew that the public would be outraged at the fact that they still had this product on the market.”

The Bleeding Edge, which was released on Netflix on July 27, follows a group of women all severely affected by Essure. In the testimonials, the women shared that the implantation of Essure led to severe bleeding, fevers, and headaches. Unfortunately, for many, this was only the beginning. Multiple women later had to undergo full or partial hysterectomies, experience pregnancy complications, and continue to suffer on a daily basis, leading to the a decreased quality of life.

The women connected in a Facebook group called Essure Problems, where they began sharing stories about the heartbreaking effects of the medical device. The group expanded, forming subgroups in Europe, where Essure was pulled from the market in 2017. Their strength in numbers allowed these women to stand up to Bayer, the FDA and their doctors, and their advocacy ultimately became too loud and powerful for industry giants to ignore.

Bayer and the FDA declined to be interviewed for the documentary. However, the FDA did release a statement saying that, “the benefits of Essure outweigh the risks.” The end of the documentary was amended and now reflects Bayer’s announcement to pull the product from market.

The documentary highlighted the critical need for advocacy when it comes to women’s reproductive health. So often physicians prescribe medication or devices such as Essure to women without fully understanding the long-term effects, or with a larger agenda in mind, instead of their individual patient’s personal health. Reports are emerging that many doctors who prescribed Essure received payments from Bayer in the tens of thousands of dollars. The documentary is shocking, but it effectively cautions viewers from trusting companies like Bayer that may care more about profit than the dignity, safety, and health of the women who use their product.

I can only hope the documentary along with Bayer’s announcement will increase public awareness that just because something is FDA approved, doesn’t mean that it serves our best interests. As women, we are the number-one advocates for our own bodies and reproductive health, and victories such as this one can be the catalyst for further positive change.