Mike Gaskins has covered the connection between hormonal contraceptives and health risks in articles at Natural Womanhood. Now he has published a book called In the Name of the Pill in which he explores the history of birth control side effects from the technology’s conception to today. Gaskins is at the forefront of public exposure to birth control side effects, writing at Hormone Matters, working with doctors to bring a Citizen’s Petition to the FDA bringing greater transparency to birth control health risks, and talking with other leading women’s health advocates Holly Grigg-Spall and Abby Epstein as they work on their new film, Sweetening the Pill. I chatted with Mike recently to discuss his new book and what hope he has for a post-Pill future. 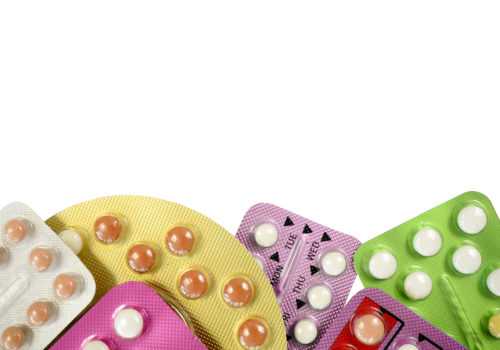 Mary Rose Somarriba: You’ve studied the history of the Pill extensively now. What is the most astounding finding you came across while writing the book?

Mike Gaskins: I think for me the most astounding thing is how much the medical community has been spinning its wheels for the past fifty years. It seems like every time you come across some groundbreaking research that links the Pill to some side effects, and you go back and read about the Nelson Pill hearings, you see that these side effects have been known for a long time. It’s frustrating to see how little progress has been made.

MRS: Can you tell us some of the history of how the Pill went from a proposal to being available on the market?

MG: Margaret Sanger was trying for years to get birth control legalized and find a magic pill they could bring to the market. But once things got rolling and a Pill was developed, it was brought to the market really fast. It wasn’t careful and methodical.

Senator Hubert Humprhey was holding a hearing looking into ineptitude in the FDA, and that’s when they saw that these trials in Puerto Rico really only looked into 132 women who had been on the Pill for 12 months. Morton Mintz, the Washington Post medical reporter, called it a scientific scandal because more women were going to die from the Pill’s health risks in that year alone than had been studied on for its approval.

MRS: Roughly how many women have been affected by birth control side effects and health risks since it was made legal?

MG: I wouldn’t even know where to begin on how to estimate that. Part of the reason is because when you’re digging into research, you see how underreported birth control side effects are. It makes it really difficult to even guess on how many women have been affected.

I’ll have conversations with women who say I took the Pill for 20 years and had no side effects. But then after talking to them they say “oh I do have hypothyroidism,” or “I had breast cancer,” and they realize they’ve been struggling with these effects and have had no idea. With this lack of medical recognition, there are many people who have experienced these things without knowing it.

One woman wrote a review for my book on Amazon and said that it makes her want to do a group study on the book, beginning by interviewing three women she knows, each looking at their medical history and determining where birth control may have added health effects.

MRS: That sounds like a fascinating summer book-club alternative! Swap your summer reading club for a self-examination of your health history!

MG: Yes, that would be a cool trend to start!

MRS: What are some of the newer findings about hormonal birth control that weren’t known back during the Nelson Pill hearings?

MG: When the hearings took place, there were talks of starting to link birth control to things like Lupus and diabetes and things, but at that time autoimmune disease wasn’t a common phrase so even these diseases that they started to see weren’t well known. Multiple Sclerosis hadn’t been seen or discussed in the hearings, but now we see links.

MRS: Why is it so hard for women to hear about these risks?

MG: I don’t know. I think on the one hand for any of us it’s kind of hard to look at something we’ve done and realize, Wow, this could be because of a decision I’ve made; it’s hard to take ownership of that.

But on the other hand it’s hard to believe the medical community could turn a blind eye and say these things have been safe and have been on the market, and we can trust them—to look at this information and realize this all may have been a lie? It’s hard to digest that. It sounds too hard to believe that it is real, that it could be causing so much harm and we’ve been oblivious so long.

In the book, I tried not to make Dr. Noel Rose sound like so much of a villain, my encounter with him was what started me on this whole project. Dr. Rose is one of the world’s leading experts on autoimmune diseases, and I was listening to him give a lecture in which he described the connection between estrogen and autoimmune disease. When I talked to him after the talk and said what role does birth control play in all this, he said none at all; there’s no evidence linking autoimmune disease to the Pill. Then that night I Googled and found this article on a new study that had just come out, that said women who took birth control were 50% more likely to have Lupus. And when I look further at the article I saw a quote from Dr. Rose saying this doesn’t mean women should stop taking birth control. This experience made me feel so baffled and angry. I thought how much worse would it be if I were a woman who had been polluting my body with synthetic estrogen and such and THEN found out about this.

I decided to do something productive and write a book about it instead of getting angry about it.

MRS: Where do you see hope for women’s health?

MG: One of the things that gives me hope already is seeing how many women are starting to embrace Fertility Awareness-Based Methods. Some doctors still think it’s the Rhythm Method, and say the joke, “you know what you call people who use the Rhythm Method of family planning? Parents!” But I think a growing number of women are already looking at their health as far as other synthetic hormones they are ingesting, and they don’t like it. They don’t buy it in their meat, and they’re looking more critically at the medication they’re taking.

Women are starting to recognize that there are natural alternatives of birth control and that they are effective. And it’s not just seen as a religious alternative anymore. In a secular sense, a lot of people are starting to awaken to it.

MG: In the line of work I do, almost every week I’m meeting with new people. I have pretty in-depth conversations with young women on birth control, within the context of the book. I’ve never had a woman get angry with me for talking with her about birth control. Some will identify some kind of reaction they’re having to their birth control. When they discover a birth control side effect for themselves, it empowers them. They say, “You know, I’ve had a feeling of this from the beginning,” or “this affirms what I was thinking!” Many have looming thoughts in the back of their mind that something’s not quite right with this, and then they hear about side effects—that there are things we haven’t heard talked about—that’s kind of a relief. And that’s all they kind of needed to say “I’m not going to have my next Depo shot.” For a lot of women that’s all they need.

MRS: Are there any last things you wanted to share about birth control effects?

MG: I think it’s worth mentioning the idea that in the United States, we have hormonal birth control passing through women’s systems, virtually unchanged into the sewage. The synthetic hormones in birth control drugs are affecting not only women but also the environment and men. So it’s not really just a women’s issue anymore. As an external pollutant to everything else, via the waterways, it becomes a public health issue.

Check out In the Name of the Pill and other helpful books in our store now!