The three ways fertility awareness can help with infertility

Just yesterday afternoon, at a conference in San Antonio, a couple in their early thirties shyly approached the Natural Womanhood table, attracted by our signage about fertility. The young wife almost whispered to me, “We can’t get pregnant; can you help us?” A short conversation ensued revealing that she wasn’t ovulating at every cycle, and was diagnosed with Polycystic Ovary Syndrome (PCOS).

Fertility awareness can be a game changer for couples suffering from infertility. Becoming literate about and learning to chart your body’s signs of fertility, or infertility, can take you much further toward your goal. For those who are not clinically infertile, using a fertility awareness method helps shorten the time to get pregnant. For those who suffer from a reproductive disorder, charting provides critical information that can lead to effective treatment of the cause of the infertility. 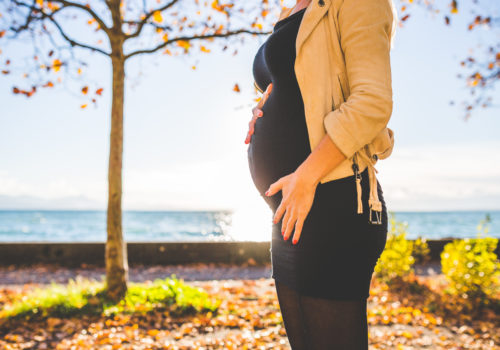 Infertility is an epidemic

If you stop and think for a minute, you are probably aware of a family relative or a friend who is struggling to conceive or never had children despite a deep desire to.

According to the CDC[i], one in eight couples (or 12% of married women) struggle to get pregnant or to sustain a pregnancy. That’s about 7.4 million women.

What’s really sad is the isolation and struggle these couples experience. An article[ii] written about the emotional difficulties of couples trying to achieve pregnancy described it like this: “This population represents one of the most neglected and silent minority groups in our country. They are not sick, merely heartsick. They continue to work, to function, to carry out their lives in a state of involuntary childlessness, which can pervade every waking moment and make decisions for the future impossible.”

The cause of infertility

The causes of infertility are multiple, sometimes unknown, yet often treatable. In 40% of the cases of infertility, the man is solely or partly responsible for the challenge of getting pregnant. A major male disease (which can be treated) is varicoceles, or abnormal veins surrounding the testicles.

When it comes to the women’s ability to get pregnant, certain prevalent diseases such as Polycistic Ovary Syndrome (PCOS) or endometriosis are responsible for many of cases of infertility. We know that up to 10% of women of childbearing age are affected by PCOS. About half of them are undiagnosed. The PCOS Foundation reports that “PCOS is responsible for 70% of infertility issues in women who have difficulty ovulating”[iii].

Another major factor that affects women’s fertility is the change in the age of first pregnancy. In the last 45 years, the mean age of first-time moms has gone up by five years — from 21.4 years old to 26.3[iv]. The percentage of women who had their first child after 30 years old has grown from 24 to 30% in the past 15 years. Female fertility starts declining naturally at 30.

I didn’t quote this statistic to the young San Antonio couple I saw yesterday. I simply turned around, grabbed a brochure of a local Ob/Gyn who practices NaProTechnology, and gave the young wife a few hopeful words about his expertise. The young woman took it, looked at her husband, and fell into his comforting arms, overcome by emotion. It was a good day in San Antonio.

[v] Time to pregnancy: results of the German prospective study and impact on the management of infertility, C.Gnoth, D.Godehardt et Al, Human Reproduction Vol.18, No.9 pp. 1959±1966, 2003

Joseph B. Stanford, MD, MSPH, Tracey A. Parnell, MD and Phil C. Boyle, MB. The average female age was 35.8 years, the mean duration of attempting to conceive was 5.6 years.