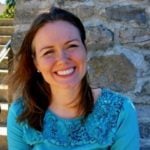 Did you know that testosterone isn’t just a male hormone? Like the hormones estrogen and progesterone, testosterone has body-wide impacts in both sexes, although natural amounts vary between males and females. This latest installment in our FAM Basics series explores what testosterone does in male and female bodies, what causes levels to be too high or too low, and the impacts of excess or deficient testosterone. We will also discuss the medical risks associated with “gender-affirming” testosterone protocols for females with gender dysphoria.

What does testosterone do in the body?

Testosterone is a sex steroid hormone, also known as an androgen. It is produced in the testes in men, the ovaries in women, and in the adrenal glands (small glands situated on top of the kidneys) in both sexes. Men normally have significantly higher levels of testosterone than women do.

In baby boys, testosterone stimulates the growth of the penis and testes while they are still in the womb. During puberty, testosterone leads to deepened voice, male pattern hair growth on the face, chest, underarms and pubic area, and increased lean muscle mass, bone density, sex drive, and sperm production. Testosterone is also connected to mood, energy, and confidence levels, and red blood cell production. It is important to teach young boys and teens about the role of testosterone in their physical, mental, and emotional health, within the context of fertility awareness. Check out this excellent piece on that topic.

What causes low testosterone in men?

Testosterone levels normally fluctuate over the course of the day, even by the hour, rather than cyclically over the course of (roughly) a month, as women’s sex hormones do. Healthy men rarely have too little testosterone according to Harvard Medical School, though testosterone does naturally decrease as part of the aging process [1]. The Mayo Clinic suggests about a 1% decrease year over year starting between ages 30 and 40. (This gradual decline is markedly different from the pronounced drop in estrogen that women experience when they reach menopause.) Generally, testosterone levels are considered low when they drop below 300 ng/d [2].

Possible causes of truly low levels of testosterone (as measured by a blood test) in men in their 20s, 30s, and 40s include injuries, problems with the pituitary gland (recall that the pituitary tells the testes to make more testosterone), use of certain medications such as opioids, having HIV/AIDS, having a genetic syndrome like Klinefelter’s syndrome, or undergoing cancer treatments such as radiation therapy. A comprehensive list of causes of inadequate production of testosterone in men (also known as hypogonadism), is here. Too little testosterone can lead to hair loss, poor mood, low sex drive, erectile dysfunction, infertility, osteoporosis (yes! Men can have osteoporosis too!) and enlarged breasts, known as gynecomastia. Additionally, Natural Womanhood previously explored potential negative impacts on men’s testosterone levels from endocrine disruptors.

Sometimes lowered testosterone levels are a feature, not a bug; in fact, there’s a fascinating connection between fatherhood and naturally decreased (though still in normal range) testosterone levels. “Becoming a father is associated with a large drop in a man’s testosterone levels, which from an evolutionary perspective, is thought to promote more caregiving behavior in men, and better long-term family stability.” (Read more here.)

How do you treat low testosterone levels?

Testosterone supplementation via over the counter supplements or prescriptions was once en vogue, but doctors and medical organizations now recognize that supplementation comes with significant risks and often minimal benefits.

Dr. Keith Roach (whose nationally syndicated medical Q&A column you may have seen in your local newspaper) recently spelled out which men may benefit from testosterone therapy:

Roach’s parameters for supplementation echo the American College of Cardiology position statement on testosterone supplementation, which concludes that “testosterone should not be initiated to improve energy, vitality, physical function, or cognition.” Some research does suggest that testosterone is beneficial for improving symptomatic anxiety and depression in men with low testosterone levels [3]. Medically prescribed bioidentical testosterone may be administered orally, via implantable pellets, or transdermally (through the skin) in the form of patches, gels, creams.

For years we’ve known of athletes who have taken testosterone (steroids) with the goal of bulking up and improving performance, but there are many potential risks. These include: testicular shrinkage (yes! Too much exogenous testosterone, or testosterone administered from outside the body, appears to tell the brain to decrease the body’s natural testosterone production), heart problems (including heart attack), liver disease, an increase in “bad” cholesterol plus a decrease in “good” cholesterol, acne, weight gain, blood clots (related to the increased red blood cell production mentioned above), and mood problems including unusually aggressive behavior, mood swings, and impaired judgment. Mayo Clinic adds to this list the possibility of worsening sleep apnea, noncancerous enlargement of the prostate, growth of existing prostate cancer, and enlarged breasts. And while taking testosterone poses the highest risk in men with previously normal levels of testosterone, these risks are also possible in men with truly low testosterone levels, hence the widespread caution about the prescription of testosterone for anyone [4].

What are safe ways to naturally increase testosterone?

Is there such a thing as too much (natural) testosterone?

An elevated level is generally considered anything over 900 ng/dl. Despite stereotypes that too much testosterone is a common cause of road rage, physical or sexual aggression, etc., elevated testosterone levels in healthy men (who are not taking steroids) are rare. Psychosocial factors like lacking the skill of healthily express strong emotions, or certain mental and/or emotional disorders are the more likely explanation(s) for over-the-top displays of male aggression.

The main hormones produced by the ovary are estrogen and progesterone, however the ovary also produces testosterone, which serves as a precursor to estrogen production. As we’ve previously discussed, testosterone also plays an important role in female biology. In particular, testosterone impacts female muscle mass and fat distribution, red blood cell production, fertility, and sex drive. In healthy women who are not on hormonal birth control, both too high or too low levels of testosterone are unlikely. Definitions of normal testosterone levels in women are not standardized, but in general, less than 15 ng/dl would be considered low and greater than 90 ng/dl would be high [5]. Women’s normal levels, then, are roughly 1/10th of normal levels for men. However, women’s testosterone levels can prove difficult to measure accurately because many testosterone lab tests simply aren’t sensitive enough to provide accurate values [6].

What causes low testosterone in women?

How is low testosterone treated in women?

Low testosterone in women is not generally treated, except, as noted in a 2021 commentary in Obstetrics and Gynecology, possibly in “postmenopausal women with hypoactive sexual desire disorder” [9]. Research in this particular group has “shown improvement in symptoms on the order of an increase of two or more sexually satisfying events per month with use of testosterone in physiologic ranges over 24 weeks and the increase holds for naturally and surgically postmenopausal women.”

What causes high testosterone in women?

The single most common cause of excess testosterone in women is polycystic ovary syndrome (PCOS), which occurs in an estimated 6-10% of pre-menopausual women and is a leading cause of infertility. The insulin resistance that is part and parcel of PCOS leads to increased testosterone production, yielding systemic symptoms like the male-pattern hair growth (i.e., facial, chest, and abdominal hair growth) known as hirsutism. In the ovaries, too much testosterone leads to formation of many follicular cysts, which in turn cause excess estrogen production. Excess estrogen, known as estrogen dominance, negatively impacts ovulation. Eventually, women with estrogen dominance may completely cease ovulating, leading to infertility. Fortunately, dietary changes as well as certain medications and supplements can often help reverse insulin resistance and its downstream impacts in the body. Less likely causes of high testosterone levels in women are ovarian or adrenal tumors [10], or disorders of sexual development (DSD).

The risks of using “gender-affirming” testosterone protocols in females

In the last few years, “gender-affirming hormone therapy” has significantly grown in popularity. The primary goal of these protocols is to make the biologically female body exhibit more of the physical traits of biological males, and it is achieved through the administration of high doses of testosterone. There’s been remarkably little research done on the side effects biological females may experience after undergoing these protocols (especially the long-term side effects), though logic suggests that they can expect the potential consequences of testosterone supplementation in males that we covered above.

The amount of testosterone required to cause biological women’s voices to deepen, facial hair to grow, etc. would logically require their total testosterone blood levels to be at least 300 ng/dl, since that is the threshold below which men start to see feminization of their physical features (as in gynecomastia). To put that into perspective, 300 ng/dl is nearly four times higher than normal testosterone levels in women. And if a biological woman’s levels on a testosterone protocol reached 500 mg/dl, that would be close to six times the upper range of normal for female bodies.

The scant research done thus far suggests that biological women are more likely to experience heart attacks and heart disease while on these testosterone protocols [11]. Another study concluded that “erythrocytosis [excessive red blood cell production], sleep apnea, hypertension, weight gain, salt retention, lipid changes, and acne have been observed as common complications from excess testosterone therapy” [12]. Finally, the effects of these testosterone protocols in females are not only physical; behavioral and personality changes are also possible.

Just like estrogen and progesterone, testosterone is a potent hormone with widespread physiologic effects. In order for male and female bodies to function optimally, these hormones must exist within a delicate balance. When they do not–whether because of outside intervention or a bodily disorder–the consequences can range from annoying at best, to deadly at worst.

[7] Database of Abstracts of Reviews of Effects (DARE): Quality-assessed Reviews [Internet]. York (UK): Centre for Reviews and Dissemination (UK); 1995-. The effect of combined oral contraception on testosterone levels in healthy women: a systematic review and meta-analysis. 2014. Available from: https://www.ncbi.nlm.nih.gov/books/NBK164632/