Male Sex Hormones Are a Big Deal, Too

This is Your Brain on Birth Control, a new book by Dr. Sara E. Hill takes a remarkably deep dive into the myriad ways that hormonal contraception alters women’s bodies, demonstrating that our sex hormones have an enormous impact on how our brains and bodies function. As we learn more about the consequences of altering women’s hormonal balance with contraception, we’ve come to find that those consequences can be very serious, indeed—in some cases, even fatal.  Although the book is about the consequences of meddling with the hormones of women of reproductive age, it should also serve as a cautionary tale against male contraception and the risks of fiddling with men’s hormones. 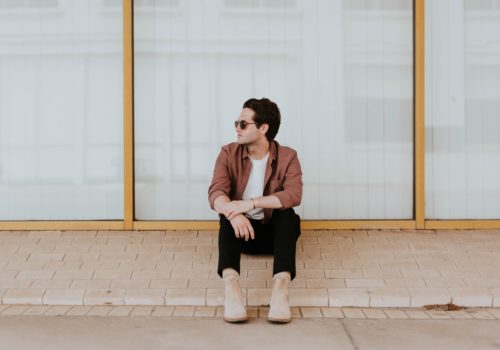 While women’s sex hormones (estrogen and progesterone) tend to get more attention because of their relationship to the monthly cycle and to pregnancy, men’s sex hormones (primarily testosterone), are often something of an afterthought (unless a man is experiencing some form of sexual dysfunction or infertility), mostly because they don’t cycle on a monthly basis as women’s do. But interesting research about men’s changing testosterone levels in response to fatherhood shows that men’s hormones drive their brains and bodies as much as women’s. Testosterone appears to have an impact on who men are the same way that estrogen and progesterone do on women.

For instance, a 2011 study came to the following conclusions:

“Single nonfathers with higher T [testosterone] at baseline were more likely to be partnered fathers 4.5 [years] later. After becoming partnered fathers, these men experienced dramatic reductions in both waking and evening T, which were substantially greater than the age-related declines observed in single nonfathers. Our finding that caregiving fathers had lower than fathers who did not invest in care supports the hypothesis that father-child interaction likely contributes to suppressed paternal T among fathers.”

You read that right: becoming a father is associated with a large drop in a man’s testosterone levels, which from an evolutionary perspective, is thought to promote more caregiving behavior in men, and better long-term family stability.

One has to wonder if continued research will uncover the further impact testosterone has on other behaviors and functions. Testosterone has physical and emotional effects beyond a man’s fertility, much like female sex hormones do in women. The preliminary signs seem to point in that direction, and furthermore, while the results are mixed, some studies have found a correlation between testosterone replacement therapy and increased risk of cardiovascular events like stroke and heart attack, and possibly heightened the risk of prostate cancer, too, as for women using hormonal contraceptives.

While men’s testosterone levels may not fluctuate on a monthly cycle, they do fluctuate on a daily basis, and in response to different situations (even to activities like interacting with guns). Thankfully, precisely because of the potential for cardiovascular events, the FDA has cautioned against using testosterone replacement for off-label purposes, which was a booming industry from 2001 to 2011—an action which has seemed to slow the trend in off label “low-T” prescriptions. (Now, we hope that the FDA will begin to take such concerns about hormonal contraception as seriously.)

If one thing is clear from all of our experimentation with sex hormone tinkering thus far, it’s that it’s difficult—if not impossible—to use them for a single, precise, desired outcome (like pregnancy prevention) and that unintended consequences and side effects will typically abound. That’s why calls for a “male birth control pill” as an answer to women’s woes with the Pill (and other forms of hormonal contraception) thoroughly miss the mark. There should be no doubt that anything that would pump men full of synthetic hormones—as female hormonal contraception does—would just be shifting the same burden over to men, affecting them in ways that we can’t even know about yet. And frankly, in an era with highly effective, side-effect-free Fertility Awareness-Based Methods (FABMs), it’s simply a burden that’s unnecessary for anyone to bear.

So let’s not make the mistake of believing that men’s sex hormones—and tinkering with them—are any less complicated than are women’s. There’s still so much we don’t know about how our sex hormones work within our bodies, but the preliminary research indicates that they do quite a bit and that messing around with synthetic versions can lead to some pretty serious effects in our brain and bodies. That’s precisely why FABMs have so much to offer men and women: safe, effective family planning, the natural way.