One of the greatest paradoxes about birth control is that, while it may make sex seem more available to women, many women taking the drugs feel less in the mood.

The connections between hormonal contraceptives and symptoms of low libido are long established. But research reveals further reasons women may be experiencing less sexual pleasure while on the Pill, ring, patch, implant, or IUD. Not only have hormonal contraceptives been shown to significantly decrease women’s testosterone levels, and lead to severe depression and suicide attempts, perhaps most shockingly, hormonal birth control has been found to reduce the size of the clitoris.

It’s fair to say all of these symptoms are incredibly unhelpful when it comes to a woman’s sex drive. Let’s take a closer look at each to see exactly how this is affecting women’s libidos. 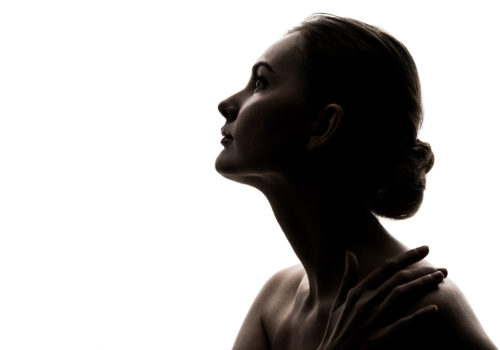 You might be thinking, “Now, why should I, as a woman, care one lick about my testosterone levels? Isn’t that the ‘male hormone?’” As it turns out, you should care a lot: while it’s true that women produce (and need) far less testosterone than do men, it is still an important hormone responsible for a series of critical effects on a woman’s body. Testosterone levels can affect a woman’s muscle mass, her fat distribution, red blood cell production, her fertility, and yes—even her sex drive.

As it happens, the synthetic-hormone cocktail in hormonal birth control tanks a woman’s testosterone levels. Lowered levels of testosterone might not only negatively affect a woman’s sex drive, but also her sexual satisfaction. Low testosterone is also linked with vaginal dryness, which makes sex less enjoyable—even painful—for many women.

While a 2016 study from Denmark linking birth control use to increased risks for depression and suicide made international headlines, the truth is, the Danish researchers were simply reaffirming decades-old information.

For many struggling with depression, the condition may go hand-in-hand with a loss of libido and/or disinterest in sex. Low testosterone is associated with depression in women (and men), and as we’ve already discussed, low testosterone may cause decreased sex drive (see, I told you it was an important hormone!). To make matters worse, some antidepressants used to treat depression can actually have libido-dampening effects themselves.

File this one under “What!?” In one clinical study, birth control (both oral contraceptives and the vaginal ring) was actually shown to shrink the size of a woman’s clitoris. The study authors noted:

“The clitoral volume decreased in all the women. . . . The hormonal contraception was associated, in both studied groups, with a significant decrease of the two-factor Italian MFSQ score, which was more marked in OC users. In group I subjects, there was a reduction of the number of intercourse/week and a reduction of orgasm frequency during intercourse. The pain during intercourse worsened after OC use.”

The clitoris, of course, is known as the “female pleasure center,” so it’s no surprise that the same study found that women on the Pill, in particular, also had less sex, orgasmed less, and experienced more pain with sex. The culprit, again, is believed to be the Pill’s testosterone-lowering effects.

Another study found that oral contraceptives also thinned the tissue of both the labia minora and the vaginal introitus, and changed the vascularization of the vulvar tissue. Again, all of these effects seemed to contribute to less sex, fewer orgasms, and more painful sex for women on birth control.

So, despite the reputation for the Pill that it gives women more freedom over the sexuality, research shows it can actually make sex less desirable and less pleasurable for women.

Thankfully, we don’t have to choose between having bad sex or getting pregnant. Modern Fertility Awareness-Based Methods and Natural Family Planning methods deliver comparable pregnancy-prevention rates without artificially tanking your sex drive or altering your mind or your body. In fact, with these methods, a woman can learn to read the daily fertility signs her body gives her, and to use that information to plan her family. These methods, when trained by a certified instructor, can be just as effective as hormonal birth control, and may even have the added benefit of increasing your libido. That’s right; couples who practice FABMs and NFP report higher levels of relationship and sexual satisfaction than those who don’t.