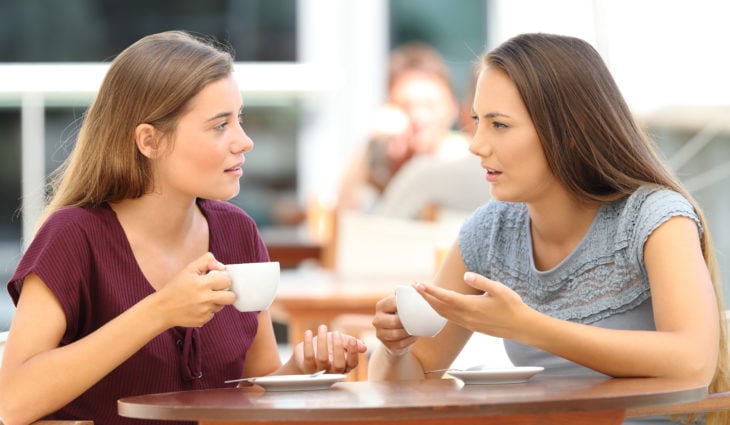 A survey of Canadian women showed that they are using birth control less than they did a decade ago, and, according to an article by Canadian Medical Association Journal (CMAJ), are opting for “less effective” methods. The survey conducted by the Society of Obstetricians and Gynaecologists of Canada (SOGC), polled more than 3,200 Canadian women and found that more women than ever are moving away from oral contraceptives and opting for the notably less successful condom or “pull out” method.

The number of women who aren’t using hormonal birth control at all is going up as well. These figures are due to several factors including dissatisfaction with the success of available methods such as the Pill and a lack of education about the availability of other methods including Fertility Awareness-Based Methods (FABMs).

Furthermore, the survey showed that the number of unplanned pregnancies has stayed virtually the same, however the majority of these women were using some form of birth control. “If things haven’t changed in 10 years, what are we doing wrong and how can we do things better?,” asked Dr. Amanda Black of the SOGC’s Contraception Awareness Program Working Group.

Dr. Black stated her belief in methods such the IUD and the implant Nexplanon, and said that women need to become more educated about these methods due to their effectiveness rates. However, IUDs are responsible for sometimes more uncomfortable birth control side effects for the women who take them, which isn’t promising considering the survey showed 51 percent of women using hormonal birth control discontinued its use due to side effects including headaches and weight gain. While there are hormone free methods, such as the copper IUD, these can still be responsible for serious problems relating to copper toxicity and thyroid health.

What attractive IUD ads won’t tell you is that 10 percent of all IUDs are malpositioned, and the IUD side effects can include pelvic pain and inflammation, excessive bleeding and longer-than-usual periods, scarring, and damage to other organs. In the case of the implant, it can become lost or lodged in another part of the body causing further consequences. All of these side effects are in addition to the other common birth control side effects such as weight gain, loss of libido, and mood changes.

Ultimately, one of the most striking parts of the survey is that it showed that family doctors are the number one source for contraceptive advice, but the number of women who turn to them has gone from 71.3 percent down to 58.8 percent since 2006 and, only 54.2 percent consider them trustworthy. What this says to me is that women are fed up with what is being poised as the best options for them, and are starting to realize that they deserve better. However, women aren’t necessarily being properly informed of what other options are available for reproductive health and the cost-benefit analysis of potential risks.

In the article, Dr. Black was quoted as expressing shock that women aren’t turning to “more effective” methods such as IUDs, but the survey shows that women are turning away from birth control because of side effects, and, as we have discussed on Natural Womanhood multiple times in the past, significant and even life-threatening birth control side effects are nothing to dismiss. Women are best served when we listen to our bodies and make customized health choices.

According to Laura Wershler, a Calgary-based women’s health advocate and member of the Society for Menstrual Health Research, “women have not felt heard” on their concerns about birth control side effects or their desire for natural alternatives. She said that doctors default to prescribing hormonal contraception, “but they do a poor job of acknowledging and hearing young women who say they don’t want to do that.”

I’ve found this to be true on a personal level. When I was 15, I brought my health concerns to my family doctor. When I brought up my concerns of painful menstrual cramps and extreme anxiety I was experiencing monthly, she launched into a ten-minute plug for birth control. I stated that I wasn’t sexually active and wasn’t interested in that, but that I wanted to see learn more about my body and my health. I had concerns about my family’s thyroid history that I wasn’t able to even express. It became clear she was more committed to pushing birth control than listening to me. I know many other women who feel the same.

More than ever women are longing for something better, and want to be given options that won’t harm their long-term health, comfort, and happiness. This is where Fertility Awareness-Based Methods offer much-needed answers for many women. Fertility awareness methods help women (and men) regain control of their bodies all without the use of artificial hormones. They can allow women to effectively plan a pregnancy while at the same time understanding their reproductive health—all without birth control side effects. When taught by a trained instructor, fertility awareness methods can be 90%-98% effective at preventing pregnancy—rivaling pharmaceutical birth control alternatives.  Only 3-6% of physicians know the actual effectiveness of modern fertility awareness methods and discourage women from using it. It’s time this changes, starting with public health authorities like CDC.

The CMAJ framed this news as proof that women aren’t informed about birth control, and in a way they are correct. Women need all the facts, the good news and the bad news about the supposedly more effective IUD and implant, and the full truth about the effectiveness of FABM and the ease of use. Women are asking for something better than what feels like being stuck between a rock and hard place, and fertility awareness methods can be a part of the solution.