The Problem with “Whoops Proof” Advertising

posted on February 8, 2019 by Gabriella Patti

According to the CDC, the use of long-acting reversible contraceptives (LARCS) increased fivefold between 2002 and 2013. Despite this, 45 percent of pregnancies nationally were unintended. The National Campaign to Prevent Teen and Unplanned Pregnancies along with Bedsider, “an online birth control support network,” have created a campaign to change this and encourage women to use IUDs and implant forms of birth control. The campaign, “Whoops Proof” was developed to “raises awareness about IUDs and the Implant—low maintenance and highly effective methods that are still unknown to many U.S. women.” 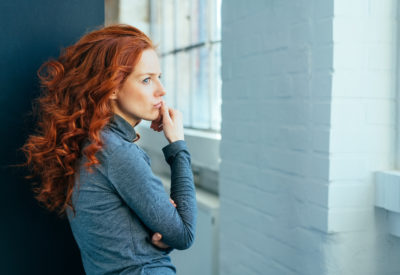 Whoopsproof.org promises to explain everything you need to know about these methods “in totally human language. Low maintenance, easy, and without the B.S.” Presumably, eliminating the “B.S.” refers to the set-it-and-forget-it aspects of these devices. Furthermore, B.S. could refer to unplanned pregnancies and having to remember to take the Pill on a daily basis.

Whoops Proof’s stated intent is to help women and educate them on options, however, the website is more like one big advertisement for these methods, padding the pockets of the manufacturer of LARCs. When browsing the website, one is hard pressed to find any listed birth control side effects.

In a report published by The National Campaign to Prevent Teen and Unplanned Pregnancies, it states, “ awareness of these methods is low among those age 18-45—most say they know “little or nothing” about Implants (77%) and IUDs (68%). Given the relatively low level of awareness, the use of IUDs and the implant in the United States remains low compared to other methods of contraception.”

The report looked at how women responded to the “Whoops Proof” campaign, and how it impacted their view of the LARC methods. According to the report, “communication about IUDs and the Implant—the words, images, and ideas—can have a significant positive impact on young women’s perception of these methods. In short, a significant shift in communication approaches to these methods is needed to counter existing misinformation, misperceptions, and concerns about IUDs and the Implant.”

Given the campaign’s purpose to improve women’s perceptions of LARCs, there’s a concerning (if not intentional) oversight here: If women are unaware of the facts on LARCs, inserting a propaganda campaign showing only positives may leave them still quite uninformed of the risks of these drugs and of their full range of options. Viewers of the Whoops Proof campaign, previously unaware of LARCs, will walk away unaware of the risks and side effects—the more significant “Whoopsies” regarding LARC methods.

As we have covered at Natural Womanhood in the past, the IUD and the implant can have serious birth control side effects and risks that are important for women to be informed of before they are prescribed such powerful drugs. For example, 10 percent of all IUDs are malpositioned, and the side effects can include pelvic pain and inflammation, excessive bleeding and long periods, scarring, and damage to other organs. In the case of the copper IUD, which is touted as natural because it is non-hormonal, it contains side effects similar to the hormonal IUD in addition to copper poisoning, which affects the thyroid.

Meanwhile, the Nexplanon implant, advertised as offering women several years free of worry, has a history of roaming from where it’s implanted in the arm to other parts of the body. The implant is supposed to be removable, but if it becomes lost or lodged in another part of the body, it can continue to have unintended consequences. Currently, the creators of the Nexplanon implant are facing a lawsuit from women “who allege they were not properly warned about the risks associated” with hormonal implants. Moreover, these health risks are added to the host of other potential birth control side effects that come with hormonal contraceptives like the Pill, ring, and patch, such as depression, mood swings, and loss of libido.

Whenever I am about to purchase a new product, whether it be for face wash or a new bed, I always look at reviews. If reviews are overwhelmingly good and the bad reviews aren’t that serious, I usually go ahead and purchase the product. The same should apply to birth control. Birth control, at the end of the day, is a consumer product, and we should be looking at the reviews. However, if a source that has positioned itself to be trusted is not providing the full picture, the consumer is not necessarily to blame when things go wrong. When a website that is intended as educational, uses a campaign such as “whoops proof,” it takes advantage of its trusted position by minimizing the seriousness and not giving women all the facts.

As women making healthcare decisions, we deserve so much more than a carefully placed and strategic advertising campaign. We deserve scientifically proven, researched, and tested, safe devices that don’t have dangerous side effects or make daily life uncomfortable. At the end of the day, to show anything less than full information is false advertising, and the only people who benefit are the companies and manufacturers who profit from the increased use of these devices. They may decrease the chances of pregnancies, but they are not “whoops proof” in terms of the long term physical effects they may have.

There are other methods of pregnancy prevention that don’t require putting artificial hormones in your body and putting yourself at risk of side effects. These Fertility Awareness-Based Methods (FABMs) educate women about their menstrual cycle and hormone health, as well as equip women with what they need to avoid pregnancy with as much as 90-98% typical effectiveness. It’s worth noting those rates only apply when the FABM user learned the method from a certified instructor, both partners are on board with using the method, and they have express motivation to avoid pregnancy. With these factors met, the effectiveness rates rival those of hormonal birth control. Unlike IUDs and implants, Fertility Awareness-Based Methods not only lack health risks, they equip women to get to the bottom of reproductive health conditions like PCOS, endometriosis, and others, which may stand in the way of healthy fertility and overall wellness.

Fertility awareness empowers a woman to think positively about her body and understand how it works—with scientifically measurable markers unique to her body—rather than influencing her to think positively about a one-size-fits-all drug that may or may not be best for her long term health. That may not be what you hear in wide-reaching ad campaigns, but it’s the truth; no profit-influenced or agenda-driven B.S. included.