For the past several years, many of us have seen headlines referencing the development of birth control drugs for men. It does seem like for too long women alone have borne the burden of pregnancy prevention, despite how baby-making requires two parties to take place. Further, since men are fertile 100% of the time, while women are only fertile about a quarter of the time in their menstrual cycles, it seems a little heavy-handed to put the responsibility solely on women, for couples hoping to postpone kids. 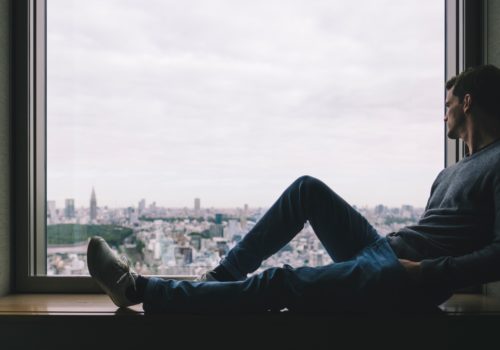 As it turns out, the history of birth control includes attempts to find a male contraceptive drug. One doctor who enthusiastically prescribed hormonal contraceptives to women in the 1960s explored this after she was dissatisfied to see the birth control side effects women were experiencing. What she found, and documented in her 1985 book The Bitter Pill, was that male birth control options also brought unsavory side effects. The only difference was that the discovery of these side effects halted developments of drugs for men, while women’s drugs continued to be widely prescribed.

Professor Janet E. Smith expounds on this in her much disseminated 1994 talk Contraception: Why Not? Commenting on how Dr. Grant found the attempt for male contraceptives had stalled, Smith explains, “There is a reason for that. In the study group of males, one male had some slight shrinkage of his testicles. Thus, all testing on the male contraceptive pill was stopped, since that is intolerable. Among the female study group three women died.” Jeanette Flood expounded on this last year on the occasion of International Women’s Day: “In the first two years of a contraceptive patch for women, at least six women died, possibly more. Why is this acceptable?” It’s a good question.

The more we learn about the history of how female hormonal contraceptives came to the market, the more we hear about side effects for women being brushed under the rug. The May 2019 issue of Scientific American describes early research trials that led to the first birth control Pill on the market. As Madeleine Coyne explained at Natural Womanhood earlier this year:

In the first large-scale, FDA-approved trial of hormonal birth control, 265 low-income Puerto Rican women were recruited . . . and 22% of the women dropped out of the experiment after experiencing adverse side effects. [As Virginia Sole-Smith writes in Scientific American,] “The study’s medical director argued that the pill ‘caused too many side reactions to be generally acceptable.’ Nevertheless, it went to market.”

This is how birth control came to be—tested on poor women in another country without proper consent, with their blatant side effects brushed aside. While the Pill is celebrated as a liberating breakthrough for women, Sole-Smith goes on to explain: “But liberation came with a price. By the late 1960s patients across the U.S. were reporting the same symptoms documented during the Puerto Rican trial. Despite many reformulations over the ensuing decades, side effects remain a problem for many women on the Pill; risks for breast cancer, blood clots and stroke may also be higher.”

The ongoing search for male contraception

Meanwhile, talks of the creation of male birth control continue. While male birth control has yet to hit the market, it has been in the works for some time, and every few months a story about its budding progress appears in newsfeeds.

At the end of 2018, researchers kicked off a trial for a male contraceptive topical gel. The gel is simple—it combines progestin and testosterone to lower sperm counts. “When progestin is used alone in men,” reports explain, “it both lowers their sperm count and causes testosterone levels to drop, which can lead to unwanted side effects like acne, weight gain, and a lowered sex drive. So the addition of testosterone is meant to counteract these effects while still leaving sperm counts incredibly low.” It is more than a decade in the making, and the trial itself is not expected to be finished until 2022. A male version of the Pill that operates on the same principle is also in the works.

However, despite the simplicity and alleged safety of this gel, surveys have shown that men are reluctant to use it. According to an article in The Wire, “The most pervasive feeling might be apathy—a sense of complacency because women are running the contraceptive show.”

“There’s no real buy-in when it comes to men taking responsibility for birth control,” Jonathan Eig, the author of The Birth of the Pill said. “The Pill becomes so successful financially that there’s not much incentive for researchers to investigate new forms of birth control for men either.”

Further, according to Christina Chung-Lun Wang, a researcher at Los Angeles Biomed and one of the key investigators into the gel, “there is ‘zero industry interest’ from pharmaceutical firms to fund new methods of contraception that target men.”

Researchers are concerned about the birth control side effects for men revealed in the safety data, noting higher cholesterol levels in trial participants for the oral contraceptive, and risks for older men who want to use the Pill.

The solution is right in front of us

As it happens, there is a method of birth control that includes male participation. In fact, it requires mutual female and male participation in order to be effective. This method doesn’t require hormonal drugs that suppress their fertility or create side effects for either party. All this and more are possible with the modern natural family planning methods known as Fertility Awareness-Based Methods (FABM).

These natural methods of birth control are not only proven to have comparable levels of effectiveness to pharmaceutical birth control drugs, they come with zero birth control side effects and risks to a woman’s reproductive system. For women who are trying to decrease period pain or other menstrual symptoms, they equip women to naturally identify hormone imbalances and treat them with the help of a medical professional. Nothing could be more pro-women’s health.

As Jeannette Flood stresses, this is the most equitable form of family planning for men and women:

We should be insisting on “reproductive respect” for women on a par with what men have long enjoyed. The respect that says, “Just as I wouldn’t risk shrinkage or unpleasant side effects, let alone risk physical harm or death for myself, of course, I don’t want my wife, my daughter, my sister, or any woman to risk or suffer physical harm.” Such a respect would recognize that pleasure and convenience don’t trump women’s well-being. Equal reproductive respect would dump chemical contraceptives for women as well as men.

Here’s hoping that we can treat female hormonal contraceptives with the same skepticism we’ve been showing male contraceptives. I also hope that, instead of exposing women and men all range of chemical formulas attempting to prevent pregnancy, men and women can grow in appreciation and understanding of our bodies’ natural processes and encourage the sexes to work together in planning families, rather than at the expense of each others’ health.