The Surprising Link Between Birth Control and Skin Cancer 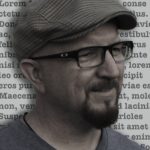 Recent numbers released by the American Academy of Dermatology revealed a dramatic spike in the incidence of melanoma cases among young women. Melanoma is the most dangerous type of skin cancer, and for women aged 18-39, its rates have increased by 800% from 1970 to 2009. In Caucasian women under 44, the number of cases has increased by just over 6% annually. (1) 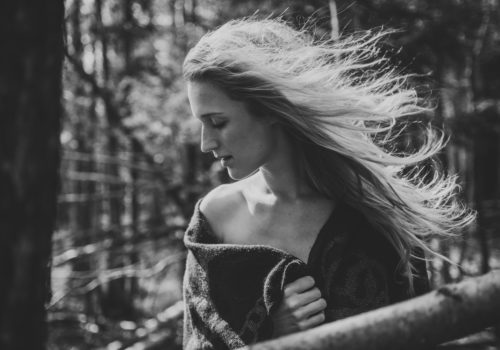 Now, in addition to being the most dangerous, melanoma is one of the most common cancers in young adults (especially young women). More than 7,000 people in the United States are expected to die of melanoma in 2019—about 4,740 men and 2,490 women, (2) and the American Cancer Society estimates that about 96,480 new melanoma cases will be diagnosed in 2019. (3)

The introduction of indoor tanning is likely to have played a major role in this spike. However, we should take a hard look at exactly what role highly prescribed drugs like birth control play in the epidemic of skin cancer cases among pre-menopausal women.

Anyone who has encountered breast cancer in their family history is probably familiar with a receptor known as HER2. I was, but I really didn’t know much about it beyond its name until I began researching for an article I was writing on breast cancer.

According to the NIH, a cancer that is HER2 positive, “describes cancer cells that have too much of a protein called HER2 on their surface. In normal cells, HER2 helps to control cell growth. When it is made in larger than normal amounts by cancer cells, the cells may grow more quickly and be more likely to spread to other parts of the body.”

HER2 stands for human epidermal growth factor receptor 2. Each cell in our body can contain many types of receptors. These receptors are proteins, usually on the surface of the cell, seeking to bond with another very specific molecule. Together, these partners fulfill many different types of functions in the body, especially the immune system. As a receptor, HER2’s primary partner is Epidermal Growth Factor (EGF), a protein believed to play a role in how cells normally grow.

For me, the first clue that birth control could play a role in skin ailments came when I read that scientists at the University of Colorado recently discovered that the presence of estrogens can stimulate astrocytes in the brain to produce EGF. (3)

With all this “epidermal” terminology and the estrogen connection, I couldn’t help but wonder what effect hormonal birth control might have on the skin.  It didn’t take much digging to learn that hormonal contraceptives are commonly linked to things like acne, hyperpigmentation, and melasma (5), but I was surprised to learn that they have also been linked to skin cancer. Honestly, given that estrogen receptors can be found in nearly every cell of the body, I’m not sure why it surprised me; but this is one birth-control side effect that definitely flew below my radar.

In 1978, the New York Times reported on a ten-year study of nearly 18,000 patients, which found that women who took birth control for more than four years faced almost twice the risk of developing malignant melanoma.

A follow-up study out of the University of Oxford in 1981 showed that the risks weren’t significant in the short term. However, after five years of use, the increased relative risk climbed to nearly 60% (6).

A 1999 study demonstrated that premenopausal women who took hormonal birth control were nearly three-and-a-half times more likely to develop melanoma (7), while a 2018 French study showed that the increased risk for ten-year users was only 33%. (8)

While studies show mixed numbers, they all show a risk increase

Clearly, the results are mixed, and there’s a lot of debate in the scientific community about how significant birth control’s impact is on skin cancer. But, whether the increased risk is 33% or 350%, the studies seemed unified in signifying that a woman’s risk increases the longer she takes birth control.

Another recent health scare that made headlines may offer insight into how birth control could contribute to this increased risk. When scientists recently questioned whether some ingredients in sunscreen could actually be causing cancer, one of their concerns was that most brands contain parabens and phthalates, which, like hormonal birth control, are known endocrine disruptors. Endocrine disruptors are estrogenic chemicals that mimic natural hormones (in this case, estrogen) by binding to receptors within cells and thereby blocking the body’s natural estrogens from binding to these same cells.

In his enlightening book, Estrogeneration, Anthony G. Jay, Ph.D. explains how the UV light from the sun can fuse the disruptors to the estrogen receptors. Jay says, “If or when this chemical reaction occurs, the estrogen receptor would be stuck in the ‘on’ position. Biochemists call this a ‘constitutively active receptor.’”

Having this “light switch” stuck in the “on” position leads to longer-term damage because the receptor switch is turned on for far longer than nature ever intended for our bodies. (9)

Given all this research, I’ve come to view the relationship between hormonal birth control and skin health much like a messy tenant in an apartment building—leaving the lights on for UV damage and piling up its dirty laundry in the form of overproduced Epidermal Growth Factor. This disorderly behavior disturbs two very important receptors in skin cells. Considering the spike in melanoma rates since the introduction of the Pill, it may be time to clean house.

Mike works as a writer/producer in all forms of media. His recently published book, In the Name of The Pill, examines the powerful forces that gave us birth control before it was proven safe, exposes the deceptive tactics used to keep patients in the dark, and explores the numerous ways women’s health has been sacrificed In the Name of The Pill.