posted on September 28, 2019 by Gabriella Patti 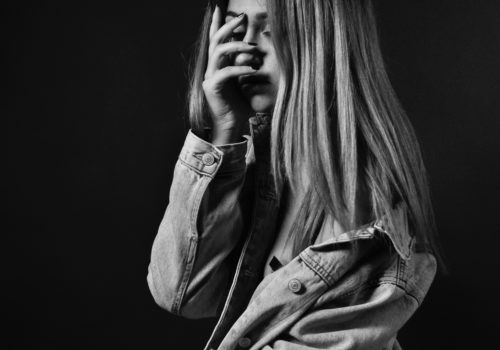 According to UBC News, the researchers collected data on over a thousand women in the United States, which led them to see that use of hormonal birth control during adolescence increases vulnerability to depression in adulthood even if the woman has been off of birth control for years. “Adolescence is an important period for brain development. Previous animal studies have found that manipulating sex hormones, especially during important phases of brain development, can influence later behavior in a way that is irreversible,” said the study’s first author, Christine Anderl, a psychology postdoctoral fellow at the University of British Columbia.

While the study’s authors say that this doesn’t prove that birth control causes depression, they hope that dialogue will continue on the topic. Meanwhile, the researchers behind this study are working on a new study to “investigate how hormonal changes during adolescence can affect teenagers’ emotions, social interactions, and mental health.”

Given what we know both about the side effects of hormonal birth control and the ever-fluctuating hormones of teenagers, this correlation comes as no surprise. Depression and anxiety are cited as some of the most common side effects of hormonal birth control, and this is not the first study to make this connection. Another study from 2017 published in The American Journal of Psychiatry looking at nearly a million Danish women and girls found that those on “hormonal contraception were 97% more likely to attempt suicide than those not taking the drugs, and were 200% more likely to succeed in their suicide attempt.”

Menstruation is a normal healthy part of a young woman’s development, and it’s possible to teach teenage girls to appreciate the uniqueness of their fertility health through Fertility Awareness-Based Methods (FABMs). Teaching teenage girls fertility charting in lieu of birth control not only protects them from a host of unsavory side effects, but it also introduces them to practical tools to learn more about their health, equips them to pursue treatment for hormonal imbalances naturally, and produces body-positive results.

All this being said, it is important to note that many women will experience anxiety and depression whether or not they have been prescribed hormonal birth control. However, one of the beauties of FABMs is that it can help women regulate stress and mood swings and help with self-care and emotional health.

One hopes that these recent findings—echoing concerns we’ve had for a while now—will be taken seriously and be considered by healthcare providers when they are caring for teen girls. Women and girls should not have to suffer mental-health side effects in order to prevent anything from pregnancy to acne to polycystic ovary syndrome (PCOS). Thank goodness for fertility awareness and the freedom and clarity that it can bring!

If you’d like to learn more about how to chart with a Fertility Awareness-Based Method, click here to get started.