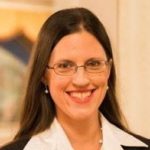 If you were to describe your feelings about your first period, what words would you use? Excited, honored, matter-of-fact, relieved, scared, resigned, disgusted? Were you confident in your knowledge of what was happening in your body and proud that it was beginning to function in this womanly way? Usually, that’s not the case. 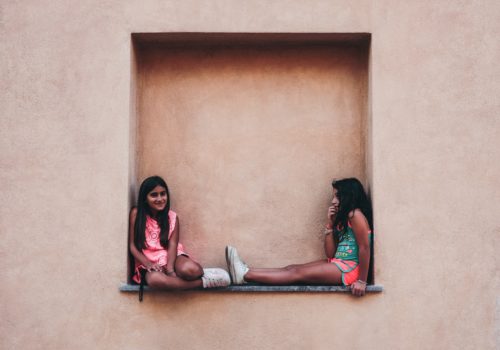 For most of us, the first time we encounter a more complete and positive picture of our fertility is when we stumble upon fertility-awareness based methods in our twenties or thirties, frequently after years of either putting up with or actively avoiding the hand nature deals to us simply for being women.

For Kari Beadner, CFCP, executive director of Guiding Star Orange City (Iowa), hearing her clients repeated frustrations about not knowing earlier in life about their fertility motivated her to go on a hunt for some way to teach young girls this essential knowledge.

Thankfully, she soon came across the My Fertility Matters (MFM) project in Germany, in particular, their workshop entitled The Cycle Show. The MFM project is headed by Dr. Elisabeth Raith-Paula a medical doctor who wrote one of the first dissertations on natural family planning (NFP) and fertility awareness in Germany in the 1980s. Through her research, Dr. Paula discovered there was so much she hadn’t learned in medical school and she was convinced that all women needed the knowledge she had found. For many years she has offered university lectures and then added lectures for mothers based on her book for young girls. Still, she was asked to do more. Many urged her to take her findings a step further and to create a workshop for young girls.

Dr. Raith-Paula knew that if she created a program for girls as young as 10-13, she wanted to ensure that they would receive an accurate biological understanding of what was occurring in their bodies but in a way that creates an emotional connection that would empower them to see their fertility as a good and healthy part of themselves. Just biological facts wouldn’t be engaging enough, for who can have an emotional connection with their hypothalamus?

What’s in The Cycle Show

As an instructor-led workshop, The Cycle Show approaches fertility education from a different angle than typical sex-ed programs by focusing on educating young women about the healthy functions of their reproductive systems. (While The Cycle Show is geared toward girls, there is a corresponding program for boys called Agents on a Mission.)

There are two parts to the five-hour Cycle Show. The first focuses on “the ‘equation of life’ (sperm + egg = new life)” and utilizes memorable phrases, such as “the Heralds of Spring” to describe follicle stimulating hormone (FSH) and “Ovulation Helpers” to illuminate Luteinizing Hormone (LH)—all in an effort to explain the interactions between all the hormones and how they help release the egg so that it can be fertilized.

The second part of the Cycle Show workshop discusses how these hormones interact within a young woman’s body to produce menstruation. The instructor utilizes a variety of hands-on elements to help the girls take hold of all the information presented, such as using aloe from an aloe vera plant to help the girls conceptualize cervical fluid (aka the “magic potion” that helps sperm to survive). Throughout the day, the girls are encouraged to ask any questions that they have so they are confident in their knowledge of what is discussed. The night before the workshop, instructors offer a parent overview of the materials, so parents are equipped with the same terminology and understanding that the girls will receive and can be ongoing support for their daughters.

Underlying the Cycle Show’s day-long events is the conviction that “we only protect what we value and respect.” By teaching children on the brink of puberty how incredible their bodies are, they will learn to value and protect their fertility instead of feeling a need to be protected from their fertility, as often is the case in many of today’s sex education programs.

Kari Beadner of Guiding Star told me that one of her favorite aspects of The Cycle Show is when they discuss the reality of conception and how each girl present is a “double champion”—she’s literally the result of the one champion sperm out of about 300 million that connected with the one queen egg, developed out of the 400,000 eggs that had existed in her mother from the time she was in her mother’s womb. The lasting takeaway is that each girl participating is unique and should be proud of all her body is capable of doing, both on a monthly basis and years in the future should she conceive a child.

Not surprisingly, the MFM Cycle Show had a significant positive impact on how girls viewed their bodies upon the arrival of puberty and menstruation. According to a presentation given by Dr. Raith-Paula in 2016 at the Fertility Health Summit hosted by the Royal College of Obstetricians and Gynecologists, MFM completed a survey of 200 women, including two groups—those who had attended the Cycle Show 1.5 years prior, and a control group who had not attended the program. Of those surveyed, young women who had attended the program felt less bothered by the changes of puberty (57% of MFM participants said changes of puberty did not bother them, compared to 29.2% in the control group); less troubled by their first period (58.5% of MFM participants “completely disagreed” that their first period was “terrible,” compared to 35.5% in the control group); and generally more comfortable with their bodies (58.1% of MFM participants compared with 37.4% in the control group).

Taking The Cycle Show to the States

In February 2018, Kari Beadner arranged the debut of The Cycle Show in Orange City, Iowa led by an instructor from Hungary. The community response to the workshops was overwhelmingly positive. The Orange City attendees echoed the reviews of other The Cycle Show participants across the world by sharing that they now felt “proud to be a woman” and “not scared to start my period.” Often the girls will express how grateful they are to be able to talk about such important topics in a fun and accessible way. The overwhelming response was: this was something the parents knew their children needed.

Beadner knew that more than just the children of Orange City needed access to the show, so she approached Leah Jacobson, CEO of The Guiding Star Project, about incorporating The Cycle Show into Guiding Star Centers across the country. From the experience of the My Fertility Matters project in Germany, word of mouth would spread the news of this program and the demand would most likely exceed the ability to meet it. (Indeed, even with over 326 German instructors, My Fertility Matters cannot keep up with all the requests they receive.)

The My Fertility Matters project agreed to bring The Cycle Show to the states and granted the Guiding Star Project exclusive rights to present the program widely. Called the Guiding Star Cycle Show, the U.S. program relies on the script developed by the MFM project to ensure that all the biological terminology is correctly presented with the corresponding imagery that will allow the girls to connect with the material in an age-appropriate way.

Initial training for American instructors were held in October 2018 and July 2019. The first instructors are based at Guiding Star centers in Texas and Iowa with other states following suit, eager to provide the show to as many students as possible, whether in public or private schools.

The Guiding Star Cycle Show is not only just one more sign of excellence in fertility awareness education, it is a sign of hope for growing numbers of young women to view their menstrual and fertility health—not as a messy mystery but as an understandable and impressive biological system. And it is proof of what can happen when leaders across the globe come together and collaborate toward a common cause of furthering women’s health.