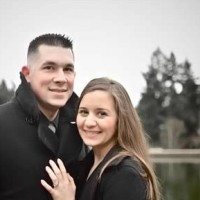 While hormonal birth control has been lauded as a symbol of women’s sexual liberation since the dawn of the Pill, a closer look at past and present history reveals a grimmer picture. In the decades since hormonal contraception was introduced to the public, research has revealed the myriad consequences that result when we suppress the female reproductive system with chemical means. 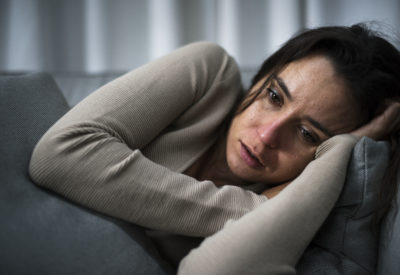 Among the risks and side effects of hormonal contraception are cardiac complications, higher risk for sexually transmitted infections, and breast cancer. Also well known are the emotional complications; depressed mood, anxiety, and decreased to non-existent libido have been experienced by numerous women—myself and many of my friends included—all as a result of using hormonal contraception.

What many didn’t realize until recently is that the emotional complications of hormonal birth control can be deadly.

Additionally chilling, most suicide attempts were made by adolescent girls and took place within the first two months of the drug being taken. It took no time at all for the synthetic hormones to take their toll with the risk of a first suicide attempt doubling almost immediately after starting to take the drug; climaxing at two months and then leveling out after one year. The risk remained higher over a period of 7 years for those who had used hormonal contraception.

This news hits close to home since I experienced depressive symptoms receiving hormonal birth control, and little attention was paid to the risks. My initial birth control prescription it was issued after a ten-minute consultation at a Planned Parenthood from an individual who top sheeted my medical history and handed me the pills in a brown paper bag. I received no follow-up care until I sought it with my primary care physician to switch prescriptions due to concerns over chest palpitations, fluctuating weight, and a generally depressed mood over a year later.

Looking back, I now can see not only was I rushed on the Pill, I was not monitored when I was at the highest psychological risk.

It has been 5 ½ years since I took my last hormonal birth-control pill. If I met all other considerations for elevated risk including my age, and was not excluded for other factors considered by the study to include recent pregnancy, I would be at a higher risk for suicide for a minimum of 1 and ½ years.

The choice that a woman makes to take hormonal birth control may have repercussions on her psychological health long after her last prescription refill. This is scary business considering that many women receive little to no follow-up psychological screening or care in tandem with their hormonal birth control prescription and entities such as Global Family Planning Summit held in London in 2017 campaign for wider distribution of hormonal contraceptives to remote populations of women where aftercare is limited.

As we have reached a day and age where hormonal birth control proliferates, perhaps it is time to ask ourselves if the benefits outweigh the risks. Is there a safer method of regulating certain conditions and preventing pregnancy that is equally reliable? The accessibility of technology and knowledge available today have made the use of Fertility Awareness-Based Methods (FABMs) more practical and dependable for family planning. Research shows FABMs are more trustworthy than the Pill for preventing pregnancy if used appropriately.

As we learn from the past and look forward to the future we should seize the opportunity to leverage this critical research and make more informed choices. What is truly gained from the suppression of our biology in hopes of attaining sexual equality, if the potential cost is our lives or the lives of our daughters? True women’s empowerment demands we pay attention to these recent findings and stop sweeping tragic casualties under the rug.

Elise Verwers grew up in the Pacific Northwest and is a graduate of the University of Washington. She is passionate about fertility awareness and the benefits of a natural approach to pregnancy and childbirth. She lives in Memphis, Tennessee with her husband and two children.