The Male Birth Control You’ve Been Searching For is Here

Every now and then, we see a headline that goes a little like this: “This highly effective form of male birth control could be only 6 months away from the market.” And then 6 months passes…and weirdly, said contraceptive never does actually quite make it to the market. 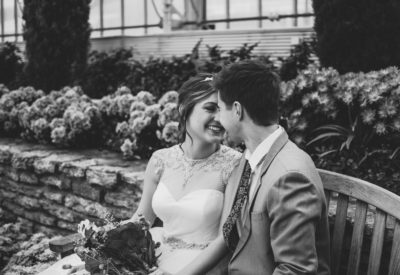 According to research, 4 in 10 men are open to new alternatives for contraception– including male-specific forms of birth control. Historically, birth control has been centered on women. This is largely because women are the ones most affected physically by pregnancy and therefore the most willing to put up with side effects and risks. Interestingly, female hormones are much more predictable than male hormones. Female hormones follow a relatively simple pattern, with each trigger of each hormone being dependent upon the prior hormone. Men’s hormone levels? They’re dependent on who they ate lunch with, when they last had sex, whether or not they feel fulfilled in their professional life, how much coffee they’ve drank, their last interaction with their female co-worker– really, the list goes on and on. And we thought women were the unpredictable ones…

Trials on pharmaceutical forms of male birth control have varied from injectables to gels to oral medications. But all of them have the same problems that come with female birth control, i.e. numerous side effects no one wants.

The Best Form of Male Contraception Is Already Here

As it happens, there is a male birth control already developed, and it equally involves both parties in the relationship. Fertility Awareness-Based Methods (FABM), some of which rival and exceed the Pill in pregnancy-prevention effectiveness rates, are methods of natural family planning that equip couples to avoid pregnancy, and men play a huge role in how they work.

To practice Fertility Awareness-Based Methods effectively, couples learn from a certified FABM instructor how to chart a woman’s fertile signs and identify precisely when during her menstrual cycle she is fertile. After a couple determines the days when the woman is fertile and when she is infertile (based on the month’s biomarkers, not on estimates), they can make family-planning decisions and choose when and when not to have intercourse.

It is true that the woman must do her due diligence in charting accurately, but men are a crucial piece; they can sit with their partner through FABM classes to learn more, help remind and encourage their partner to track her signs of fertility, and provide help with chart interpretation. Best of all, with these forms of natural birth control, neither partner has to take drugs or alter their body chemistry at all. Instead, the couple works together to learn more about the woman’s cycles, communicates with one another about their desired family-planning goals, and then makes informed choices about their sexual activity together, all of which may actually serve to strengthen their bond as a couple. However, it is important to note that all of these things work best in a committed relationship and one with no risk of sexually transmitted disease.

Arguably, both women and men should receive ongoing, age-appropriate education about sexual health, reproductive organs (including cervical fluid!), and hormonal patterns, all beginning at a young age. This would alleviate a lot of misunderstandings about how a pregnancy actually occurs. (Pro tip: it can only occur on certain definable days out of the female cycle.) If men understood this, they might feel more responsibility in the baby making process.

When men are using a Fertility Awareness Based method with their partner, it requires communication—a lot of it. This is a challenge, but an important one. A couple using a FABM needs to communicate what the level of fertility is on that given day (a couple open to pregnancy might be willing to engage in intercourse at that time, while a couple who is avoiding pregnancy will not). This can be a lot to ask of men, especially those who have gotten used to having sex at any time of the month without concern for pregnancy. But I believe it is well worth asking the men in our lives to rise to this high standard. Plus, it’s a sacrifice both partners equally share.

And while some men might grimace a little at the mention of cervical fluid (as if women haven’t heard about men’s sperm for years), it’s still worth sharing the charting experience as a couple, rather than one partner asking the other to use a drug or device. One thing almost all men can get on board with is the idea of not putting their partner at risk for increased chance of blood clots and strokes, elevated levels of estrogen (which increases the risk for estrogen-fed cancers like breast cancer), lower libido, and depression. In fact, in one study, hesitancy about a female partner’s use of hormonal contraception was most strongly correlated with fears of health risks.

It is unlikely that women will ever fully be able to turn over contraceptive responsibility to men, but it isn’t clear that women actually want that. Many women have put up with birth-control side effects for decades and don’t necessarily wish that upon their male counterparts. Shared responsibility in family planning is the best way to use a Fertility Awareness-Based Method. When used properly, a FABM can be a tool to foster communication, strengthen relationships, and increase sexual satisfaction. And if taking a week or two off sex sounds terrible, consider that research shows that FABM-using couples are just as, if not more satisfied with their sex lives than couples using hormonal contraception. However counter-intuitive it may seem, statistics show that couples using fertility awareness have even more frequent sex than couples using other forms of family planning.

Fertility Awareness does ask a lot of couples (and certainly more from men than does conventional contraception), but with the right support and education, and the sustainability and satisfaction of the method, these obstacles can be overcome. Here’s hoping for increased access to fertility education, technology that aids in easier charting, and greater satisfaction for both males and females in sharing the responsibility in making a baby (or not).

2019: A Year in Review
by Mary Rose Somarriba