Can the Pill change your taste in men?

posted on September 8, 2017 by Kathleen Taylor

I remember sitting in my embryology class in college, listening skeptically as my professor warned us about how the Pill would likely lead us to relationships we wouldn’t have otherwise picked.  This professor was highly intelligent and respected, but also had a reputation for being a little…well…wacky.  After all, he had the placentas from each of his children’s pregnancies in jars on the shelves in his office.  We didn’t know how seriously to take all of his bold statements.  For example, he surprised us by stating he knew which of us were ovulating, and which of us were on our periods (but that’s a blog for another day).  So, when he told us that the Pill will change the kind of man we are attracted to, I logged it in the back of my mind so I could do a little fact checking later.  As it turns out, the wacky professor was on to something. 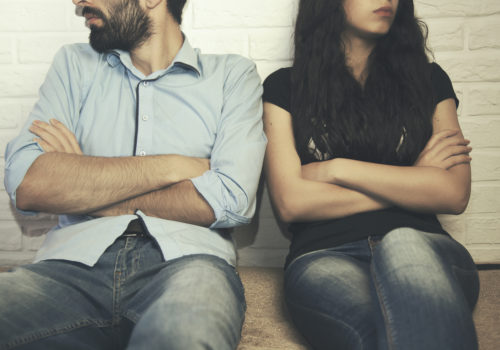 It’s a common belief that opposite personality types are attracted to each other.  It brings balance to a relationship.  But this concept is actually happening on a deeper, biological, and subconscious level too.  In fact, a woman’s sense of smell can actually pick up on genes related to a man’s immune system.  These genes are called MHC genes (major histocompatibility complex).  Typically, women tend towards men who have different MHC genes than they have themselves.  The body knows that a more diverse set of MHC genes will create children with stronger immune systems.

A 2008 study[i] led by S. Craig Roberts, a Professor of Social Psychology at the University of Stirling, Scotland, was designed to test how the Pill affects this preference.  Women were given t-shirts of men with similar and dissimilar MHC genes.  They smelled and rated the shirts based on their attraction to the scent.  This was done by the same women while off the Pill, and then again while on the Pill.  Results showed that after being on the Pill, the women shifted their preference towards men with similar MHC genes to themselves.  The evidence suggests that the Pill is associated with the shift in attraction, but there is only speculation as to why. It may be that when on the Pill, women are drawn more towards a nurturing person (since the Pill mimics pregnancy), possibly a relative.

Another study[ii] from 2013 proposes similar findings regarding hormonal birth control. Even though this study involved only 12 women, the results are interesting and worth mentioning.  The women were divided into two groups: on the Pill, and not on the Pill.  They blindly kissed men and rated each kiss based on attraction to the man, and their eagerness to kiss the man again, the idea being that during a kiss, a woman is picking up on all the right smells of the man.

“Kissing is ideal for accessing olfactory cues as it places the nose in close proximity to areas of the body containing large and numerous sebaceous glands,” the study reports.  Then, the women rated photos of 20 men, including the men she had kissed.  She rated the photos in the same way as the kiss: how attracted she was to the man, and how eager she would be to kiss him.  The women who were not on the Pill usually rated the attractive kisser as also having an attractive photo.  Women on the Pill did not seem to have any correlation between their selections.

These two studies tell us that the Pill likely disrupts one of the natural ways we choose a mate, but they don’t tell us how this might affect relationships.  Imagine the common scenario:  a young woman gets on the birth control pill as is commonly encouraged by society, whether it’s for medical reasons or for dating.  She meets a guy, dates him, marries him.  They decide to start a family.  She goes off the Pill.  They start to have relationship problems and believe they are growing apart.  She loses interest and feels she married the wrong man. He feels betrayed. They decide to divorce.

Could this change in attraction be significant enough to end a relationship?  Could it be a factor in why so many marriages end in divorce?  Another study by Professor Craig Roberts investigated this question.  This study[iii] measured marital satisfaction in partners who began the relationship while using hormonal contraceptives against couples who started dating while not using contraceptives.  The results were pretty consistent with what they had predicted based on their previous study.  The women on the Pill were less satisfied with the sexual aspects of their relationships; they found their partner less attractive, they rejected sex more than their counterparts and were more likely to be the ones to initiate a divorce or separation (when it occurred).  However, this group of women actually had higher ratings of satisfaction for nonsexual elements of their relationship, like how the man acted as a father.

Overall, this research indicates that using the Pill at the beginning of a relationship can impact the relationship, although the impact may not always be strong enough to cause the relationship to end.  The author notes: “We stress that the nature of this research question precludes a true experimental approach and that therefore we remain cautious about the causational link behind the associations we describe. We also recognize that the reasons for any relationship’s survival or dissolution are complex and not limited to contraceptive choice at its inception. Nonetheless, our data provide important evidence in support of the proposal that the use of oral contraceptives during partner choice (and possibly beyond) has the potential to profoundly influence the outcome of long-term relationships.”

So, if you are single and considering a hormonal method of birth control, there is real evidence here that should be taken into consideration.  Heed the advice of my wacky professor, and give yourself the best shot at landing a happy, healthy, and lasting relationship.  Then stay off the Pill by learning a fertility awareness based method to effectively plan your family with no side effects. And if you are in a marriage that started with the Pill, there’s no need to fret…marriage can be a beautiful commitment with a stronger hold than the Pill’s.

4 Responses to Can the Pill change your taste in men?