Spotting between your periods could be a sign of endometriosis 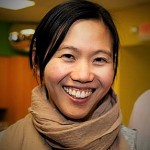 Spotting between periods might not seem like too bothersome of a problem to have in and of itself. But a certain kind of spotting can be a sign of a very serious disease: endometriosis.

What happens when you complain about spotting to your doctor? If you are dismissed, you may need to look further. Yes, a lot is written about spotting between periods and some causes can easily be verified and eliminated, whether it’s your birth control method (the pill or IUDs), a pregnancy, an STI or an infection. The challenge is to know how to track and document the type of spotting your experience and then to find a doctor who can use this information and help you. Here is how. 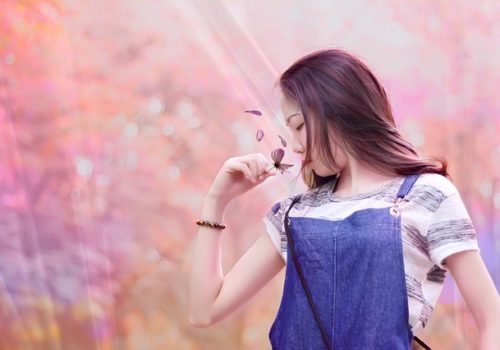 Uterine tissue where it shouldn’t be

An estimated 5.5 million American women suffer with endometriosis, a mysterious condition which causes uterine tissue to grow outside of the uterus. No one really knows why this happens. This misplaced tissue responds to hormones the same way as regular uterine tissue, thickening when estrogen is high, sloughing off or bleeding when progesterone levels drop off.

Endometriosis is a disease that gets progressively worse and can lead to fertility issues in addition to severe inflammatory pain from trapped blood, adhesions and scarring. If a woman is complaining of pelvic pain, the possibility of endometriosis would often be investigated through surgical laproscopy.

A study published in the American Journal of Obstetrics and Gynecology shows that premenstrual spotting is the clearest predictor of endometriosis among other possible warning signs. Yet many women and doctors don’t think twice about it. The sign is characterized as very light bleeding that lasts for two days or more before the start of your true menstrual flow. According to this study, it is a more likely predictor of the disease than pelvic pain, irregular bleeding, and pain associated with intercourse.

Endometriosis was found significantly more often among women who reported this particular type of spotting compared to women without this symptom, according to the lead investigator Ryan Heitmann, DO.

Charting is the best way to document and define spotting

How can you know and even report to a doctor that your pattern of spotting is pointing to this disease? That’s where charting your cycle makes all the difference. By charting, you keep a paper or electronic record of your bleeding and bleeding intensity each day. This is not something you want to guess at. By charting consistently  over several months, a telling pattern will emerge of when and how long the spotting goes on. What you’re looking for is consistent premenstrual spotting at least two days before your period starts.

What can you do next?

Endometriosis is a serious disease, but there are ways to treat it effectively. In his book on NaProTechnology (1), Dr. Thomas Hilgers states that medication can offer temporary pain relief, but that it doesn’t help with the infertility caused by this disease. On the other hand surgery not only reduces the risk of recurrence by up to 93% but also improves fertility.

If you are noticing a consistent pattern of spotting for at least two days before your periods, start charting and seek the help of a physician or FertilityCare practitioner trained in NaproTechnology. Click here to connect with over 100 such physicians from most states, Canada, Latin America and Africa.

For more information on Endometriosis and charting also read:

Charting with Endometriosis: An Interview with Specialist Dr. Yeung

Prior Contraceptive Use Increases Risk of Endometriosis among Women without Children

Emily Kennedy, MSc is a nutritionist health coach and fertility educator in Raleigh, NC. She loves all things natural and evidence-based, especially if it leads to something good to eat.