Multiple Sclerosis (MS) is an autoimmune disease (AI) that attacks the central nervous system, often to the point of causing severe disability. It is also a disease that has always loomed large in my life. My paternal grandmother had MS, and it caused her to be bed-ridden from the time my dad was a small boy, until her death when he was in his early 20s. Various aunts and uncles have also been diagnosed with MS, and I know I am not the only one among my cousins who lives with the fear of receiving that diagnosis someday, too. 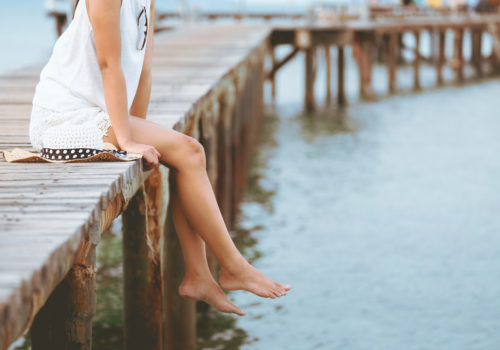 So you can imagine that I try to do what I can to avoid triggering the monster that might very well be lying dormant in my genes. After all, the prevailing theory is that for an autoimmune disease to occur, one must have the right (or rather, wrong) genetics, and that some “triggering event” must occur to spring the disease into action. Different theories abound about what the different triggers may be, but one theory has not been given nearly enough light: the possibility of hormonal contraception as an autoimmune trigger.

In the past few months at Natural Womanhood, we’ve already covered how birth control can possibly trigger other immune/autoimmune diseases like Lupus, and the potential way it triggers MS is much the same.

“When our body’s natural estrogens attach to receptors on T cells (the “soldiers” of the immune system), it arms the soldiers and gives them their marching orders. Natural estrogen basically points out the invader and triggers the command to attack. But when disruptive agents that mimic natural estrogen enter our body, they attach to the receptors. Suddenly, the soldier is armed but doesn’t know what to attack because the synthetic estrogens don’t carry the code our natural estrogen would have provided. This can cause the armed immune system to battle our body’s healthy tissue, which will result in an AI for those who are genetically predisposed.”

In the case of MS, the immune system attacks myelin within the central nervous system, which includes the brain, spinal cord, and optic nerves. Myelin is “the fatty substance that surrounds and insulates the nerve fibers—as well as the nerve fibers themselves, and the specialized cells that make myelin.” So who—or rather, what—is giving the orders for the body’s attack on the central nervous system when it comes to MS? The cause is still unknown, but perhaps clues can be found in the way the disease disproportionately affects women, especially keeping in mind the role estrogen plays in the immune response.

In general, most AIs affect women more greatly in severity and/or number of cases, and MS is no different. Researchers have found that while MS has always disproportionately affected women, the gap in incidence (number of new cases) between women and men has widened considerably in the last five decades. This suggests that a possible environmental factor is at play, and it just so happens that the increased incidence of MS in women (especially as compared to men) coincides with the widespread use of hormonal contraceptives.

While this might seem like a leap in logic to some, others have noted that as we learn more about the role of estrogen on the gut—and particularly, the huge number of immune receptors located in the gut—we’ve also learned a bit more about autoimmunity’s “female” preference.

Data from a 2014 Kaiser Permanente Southern California study backs up the theory of hormonal contraceptives as a possible MS trigger:

Researchers identified 305 women who had been diagnosed with MS or its precursor, clinically isolated syndrome, during a three-year period from the membership of Kaiser Permanente Southern California and who had been members for at least three years before the MS symptoms began. Then they compared them to 3,050 women who did not have MS . . .

So while autoimmune diseases presents a unique mix of genetic, epidemiological, and environmental factors, perhaps there is something to the theory that the synthetic estrogens from hormonal birth control—which our bodies and environment have been awash in for more than fifty years, now—could be the culprit behind skyrocketing rates of autoimmune diseases (and especially so in women).

Whether or not the birth control-MS link is substantiated further, I’m thankful that, with 50 million Americans currently suffering from an autoimmune disease, and a known genetic link to the disease in my own recent family history, I have ways to plan my family that are both effective and hormone-free. Of course, I can’t do much about the synthetic estrogens polluting our environment—and, in particular, our water—but at least I know that in foregoing hormonal contraception in favor of a Fertility Awareness-Based Method (FABM) of family planning or Natural Family Planning (NFP), I’m not taking a Pill, receiving an injection, or carrying an implant that is exposing me daily to a substance that could seriously affect my health.

The CDC recently updated its data on Fertility Awareness-Based Methods to reflect the latest research that they can be as much as 98% effective in preventing pregnancy. Read more on our site here about the individual methods and their individual effectiveness rates.

A letter from a father to his daughter
by Gerard Migeon