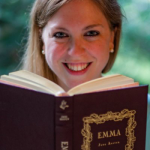 Imagine this: you’ve decided to get off the pill for good and start a fertility awareness method (FAM). You’re beginning to chart your cycles when you’re thrown the curve-ball of irregular bleeding and stop-and-start (or continuous) discharge. What could this be, and can you successfully navigate the challenge this poses to cycle charting? The answer might be something called cervical ectropion—and yes, with help!

Unfortunately, one lesser-known problem birth control can cause is cervical ectropion, which can be the source of irregular bleeding and discharge throughout the menstrual cycle. Here we’ll cover what cervical ectropion is, how birth control can cause it, why it may throw a curveball at your FAM charting plans—and how to continue using fertility awareness regardless (with the right help).

What is cervical ectropion?

Cervical ectropion, also known as cervical ectopy or cervical eversion, is a benign condition in which the glandular cells from the cervical canal grow on the outside of the cervix. While that description might sound like cancer or endometriosis, cervical ectropion is different from both because it is harmless, is not linked to cancer, has no impact on fertility or pregnancy, and often doesn’t even have any symptoms. Cervical ectropion also often goes away on its own.

Cervical ectropion is caused by high levels of estrogen and is common during adolescence, during pregnancy, or while taking the combined oral contraceptive pill. The National Library of Medicine reports that between 17% and 50% of women and up to 80% of sexually active adolescents have cervical ectropion.

When cervical ectropion does cause symptoms, they may include vaginal discharge (including mucus), bleeding up to 12 hours after intercourse (especially for pregnant women), bleeding between periods, painful intercourse, pelvic pain, recurrent cervical infections, back pain, or disruptions in urination, according to the National Library of Medicine.

A doctor can diagnose cervical ectropion with a vaginal exam using a speculum and after ruling out cervical cancer or STDs that can look similar. Cervical ectropion is treatable, but since it doesn’t usually cause any symptoms, is harmless, and usually goes away with time, most doctors do not recommend treatment.

How can birth control cause cervical ectropion?

If you Google “cervical ectropion,” the articles in the results will tell you that it can be caused by the combined oral contraceptive pill or by hormonal changes resulting from things like adolescence or pregnancy. Some articles recommend changing birth control pill brands as a treatment.

What they don’t point out is that while adolescence and pregnancy cause hormonal changes for healthy, natural reasons (to help our bodies mature or to help our bodies nurture a baby), the hormonal changes caused by the birth control pill are neither healthy nor natural. In those cases, cervical ectropion is still benign, but it should, perhaps, be a reminder that altering your body rather than working with its natural cycles (or healing it with root-cause solutions) is not a good idea.

Not only are there problems with using synthetic rather than bioidentical hormones, but ovulation is a sign of health, and suppressing it is actively harmful to a woman’s health. Appropriate levels of estrogen and progesterone (depending on the cycle phase) aren’t just required for ovulation and pregnancy. They’re also necessary for bone health, immune health, breast health, brain health, and heart health.

For women who are using a FAM to chart their cycles, cervical ectropion can throw a wrench into the process. Some methods, such as FEMM, Creighton, and Billings, use cervical mucus as a key biomarker of fertility, because cervical mucus is typically only observable during rising and peak fertility (the time of greatest fertility, during and around ovulation). However, with cervical ectropion, the glandular cells on the outside of the cervix can secrete mucus even outside of the fertile window, meaning that biomarker may be a less reliable indicator of fertility than it would be under normal, healthier circumstances.

In addition, some methods require a woman to assume fertility anytime she experiences bleeding in case it is masking the presence of fertile mucus, and because spotting can sometimes occur around ovulation. So, if a woman is experiencing bleeding due to her cervical ectropion, outside of menstruation or ovulation, and if she and her partner are trying to avoid pregnancy, they may end up with days of abstinence that they wouldn’t otherwise have. It’s also important to keep in mind that the presence of “peak-type mucus” (mucus that is usually only present around ovulation) creates an environment that is more conducive to the survival of sperm [1]. For this reason as well, cervical ectropion may mean more abstinence in the pre-ovulatory phase for couples who are trying to avoid pregnancy.

If you have been diagnosed with cervical ectropion, and using a FAM that relies on cervical mucus and are observing cervical mucus or experiencing bleeding outside of your fertile window, you have a few options. One is to pursue treatment for cervical ectropion. Another is to switch to a method that does not use cervical mucus as a biomarker, such as the Marquette or Boston Cross Check methods, both of which have mucus protocols but also have protocols for using LH testing, the ClearBlue fertility monitor (which tests estrogen and LH), and basal body temperature measurement (BBT).

It may also be worth talking with your instructor to see if you might be able to identify fertility using cervical mucus, even with your continuous fluid observations. According to a spokesperson from the Billings Ovulation Method Association’s education committee (who has taught women with cervical ectropion!), because the Billings Method is not just about identifying cervical mucus but about identifying an individual woman’s specific pattern of fertility and infertility, using this method may still be possible:

“The basic infertile pattern can handle many different circumstances and situations. Each woman is unique, and her pattern of fertility and infertility matches her individually. It is not uncommon even with specific medical conditions such as cervical ectropion that women are still able to accurately identify their basic infertile pattern.”

“continuous fluid patterns can be workable with the standard BCC classifications if the client is able to identify the difference between peak-type fluid and her other observations.”

However, Valenzuela notes that Boston Cross Check uses a combination of the observation of fluid and a modified Doering calculation (a BBT-related rule for calculating fertility used in the Symptothermal method) to identify the opening of the fertile window.

“If, due to the ectropion, a client does not observe dry days after the cessation of menses and prior to the algorithmic start of fertility,” Valenzuela says, “it would likely mean additional abstinence in the first part of her cycle” if she is trying to avoid pregnancy. Valenzuela recommends that the client use all three indicators supported by the method, ensuring that if cervical fluid presentation is unreliable, the client could use basal body temperature and hormone monitoring as a cross-check. Valenzuela would also encourage a client trying to conceive to use the algorithm and hormone monitoring to identify the best days for intercourse, rather than relying on mucus observations.

If you’re having signs of cervical ectropion, check in with your FAM instructor

As with any change in your health, if you have cervical ectropion, it’s important to talk to your fertility awareness instructor about it. It may mean having to change methods—or it may mean being a little more cautious or changing the way you track your biomarkers.  Fortunately, with the flexibility of evidence-based FAMs, you have multiple healthy and effective options for managing your fertility even with your new diagnosis.

FAM Basics: What is Cervical Mucus?

How do I know if my fertility awareness method will actually help me avoid pregnancy?