Why I Choose to Use a Fertility Awareness Method, Even Though I Have a Serious Reason to Avoid Pregnancy As a physician assistant specializing in OB/GYN, I have prescribed birth control to everyone for everything . . . irregular cycles, painful periods, unusual bleeding, PMS, acne, Polycystic Ovarian Syndrome (PCOS), endometriosis, perimenopause and, of course, to avoid pregnancy.

It wasn’t until my own struggles with infertility that I began to research more about the consequences of using artificial hormones. Although I was taught in school that the birth control pill was a treatment for these disorders, I learned that artificial hormones are only FDA-approved to treat two things: to avoid pregnancy, and for hormonal acne. Other than that, the Pill only masks the symptoms of underlying disorders. Actually, for estrogen-dominant disorders like PCOS and endometriosis, the excess estrogens in the Pill can make these disorders worse!

Fast-forward 8 years and 4 precious children later, I was diagnosed with a dangerous heart condition and was told it would be medically unwise to become pregnant again. I was given the choice of different forms of birth control, as well as permanent sterilization options. As a Physician Assistant, my medical knowledge instilled the fear of risks of surgery, as well as the risks and side effects of artificial hormones. I had just been through a very difficult 8 years of struggles with infertility and related health problems, and did not need to deal with any more problems. So began my search for a natural method of avoiding pregnancy.

The method I chose had to be very reliable in avoiding pregnancy and had to be fairly easy to learn as I now had four children under the age of 6 to take care of. I investigated the Sympto-Thermal methods, Marquette (using ovulation predictor kits), and the Creighton Model System. I chose the Creighton System due to the medical studies and statistics backing its accuracy, as well as the benefit of NaproTechnology, the branch of medicine which seeks to naturally cure underlying disorders causing the symptom of infertility. I learned that the Creighton Model System came with a 99.5% efficacy rate for perfect use and 98.6% typical-use effectiveness rate in avoiding pregnancy in one year. This is amazing, since other forms of birth control come with only a 97% use effectiveness, and they have the added risks and side effects that I was seeking to avoid.

After only 3 months of using this system, and working with my FertilityCare Practitioner (Creighton teacher), the specifics of my PCOS were revealed: I had estrogen dominance combined with low progesterone. Although all my previous bloodwork with fertility doctors appeared normal, my Creighton chart revealed a different story. I began seeing a NaproTechnology doctor and learned that I was also insulin resistant (my previous doctors had only tested my glucose for diabetes, and missed this very important diagnosis). After taking bio-identical progesterone, adding a few supplements, and drastically changing my diet, I started ovulating regularly, felt much better, and I developed a confidence in recognizing my fertile and infertile days shown within my Creighton chart.

“I felt normal for the first time in my life”

As it happens, the very simple methods of diagnosis provided by my Creighton cycle charting revealed not only the causes of my infertility, but also my life-long struggle with my weight and the causes of my mid-cycle anxiety and premenstrual depression (“mood swings”). With NaproTechnology, I was able to feel healthy and normal for the first time in my life!

Although I physically felt better, emotionally, I became angry . . . very angry! Why was I not taught this in medical school? Why didn’t my supervising physician and mentor have any options for women besides artificial hormones? Why did my “fertility doctors” not investigate further the causes of my infertility? Why, now that I am in my forties and unable to have more children, have I not heard about NaproTechnology sooner? This anger spurred me on to do something about it. I became trained both as a Creighton Model Practitioner (FCP) and a NaproTechnology Medical Consultant (NFPMC).

In my new role educating and assisting women with their cycle and hormonal health, I have seen numerous women who had painful periods and/ or ovulation, painful sex, heavy or long periods, were diagnosed with endometriosis and then put on the Pill to lessen their symptoms. Years later, in order to conceive a baby, they got off the Pill. Not only were their symptoms worse, but now they had infertility to deal with, too. They suffered from regret: if they had only used a fertility awareness method for avoiding pregnancy, and treated the endometriosis with supplements, diet changes, and/ or surgery early on, then they would not only be pain-free, but would have been able to start their families by now!

I have seen teenagers with symptoms of PCOS: irregular, long cycles, facial hair, acne, difficulty losing weight. The traditional approach of putting them on the Pill would add to their estrogen-dominance and, later in life, they may have insulin resistance or diabetes, obesity, depression, and/or infertility. However, when these girls start early-on charting their menstrual cycles with a fertility awareness method, learn about their bodies, diagnose underlying problems, and start with natural treatments and diet changes, their futures can be symptom-free!

When women are given artificial hormones to treat PMS, a key underlying disorder is missed: low progesterone. We know that the vast majority of PMS is caused by low progesterone. When charting one’s menstrual cycle fertility awareness method, women see this diagnosis within their charting in the form of brown spotting prior to their periods starting, or brown spotting at the end of their periods. A short luteal phase may also be recognized. With NaproTechnology, the progesterone can be replaced, instantly eliminating the symptom of PMS. This has long-range benefits, as low progesterone is also linked to infertility and recurrent miscarriages. So, instead of masking the symptoms of low progesterone, women using natural methods of family planning can diagnose themselves, seek treatment, and prevent future miscarriages!

These are the most common disorders diagnosed and treated with fertility awareness methods and NaproTechnology, but there are many more. Using artificial hormones, whether to avoid pregnancy or to reduce unwanted symptoms, can not only delay diagnosis and treatment, but also add unnecessary risks. Artificial hormones have side effects such as headaches, weight gain, nausea, bloating, irregular spotting, decrease in libido, and are linked to blood clots, strokes, and even breast cancer.

Fertility awareness methods have side effects, too: increased relationship bonding due to an increase in communication, a 50% decrease in divorce rate, as well as early detection of medical disorders. Some forms of FAMs are up to 99.5% accurate in avoiding pregnancy, equivalent or better than any form of artificial hormones and even sterilization—all without the side effects.

I truly wish I had known about natural family planning and NaproTechnology sooner, even before I was trying to achieve pregnancy. However, now that I am having to avoid further pregnancies for health reasons, I am so grateful to be able to reap the many benefits of using a fertility awareness method. 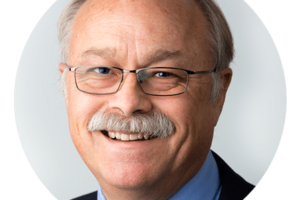