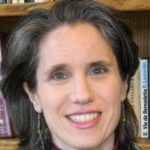 International Women’s Day was celebrated on March 8, applauding women’s achievements around the world and calling for accelerated gender parity. While these are definitely worth celebrating, sadly, many who campaign for gender equality have a blind spot when it comes to contraception, championing it as foundational in the fight for equal opportunities for women. Few ever notice the gross inequality inherent in chemical contraception. 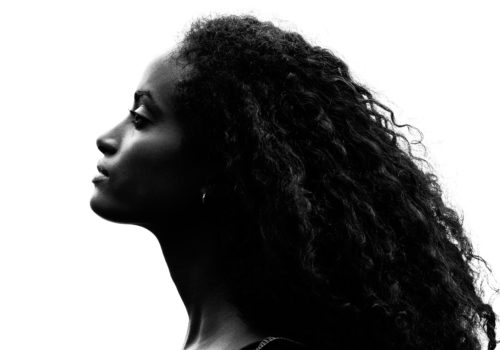 One physician who initially prescribed the Pill enthusiastically in the 1960s, Dr. Ellen Grant, soon noticed the harm it was wreaking in the lives of her patients. She looked into the studies and history of development of hormonal contraception and was appalled. She published her discoveries in The Bitter Pill in 1985. Nearly a decade later, professor Janet E. Smith mentioned Grant’s findings in a talk entitled, “Contraception: Why Not?” which Smith first gave in 1994; 2 million copies of which have since been distributed. Smith noted that Dr. Grant,

Nevertheless, the studies on a female contraceptive continued. The researchers “simply adjusted the dosage of the hormone.”

Similarly, Smith noted in a later version of the same talk that between the release of the contraceptive patch in 2002 and a report on it coming out in 2004, “seventeen women between the ages of 17 and 30 had died.” The report further found that, “21 additional life-threatening conditions have been found, including heart attacks, blood clots and strokes.”

Smith was appalled. “If a 28-year-old woman dies of a stroke, they’re not going to put on the death certificate that she died because she was using a contraceptive.” Smith went on to note that one at-first incredulous doctor, after looking more closely at the medical records of the 17 women who died, concluded that 6 were due to the patch. Still, Smith noted, “he thought that was an acceptable side effect. The convenience of the patch is so great that it is worth risking death for. What other drug would get this pass from the pharmaceutical industry, from the FDA?”

Why is this acceptable?

Why must women suffer side effects ranging from the uncomfortable (irritability, bloating, headaches, depression, weight gain) to the heart-breaking (infertility, often temporary but creating grave concerns for many women) and even risk cancer, blood clots, stroke, and death, while it’s unthinkable for the men to risk anything? Where is the uproar over this?

Aside from the relatively few who suffer infertility, men are the ones who are always fertile, while women’s fertility is intermittent: only about 30 percent of each month and only for a few decades of her life. How did it end up being the sole responsibility of women to control their fertility? True, the woman is the one who is pregnable, but that doesn’t mean she should shoulder the entire responsibility.

I’m not saying that we should develop a chemical contraceptive for males—though it would be only fair. No, I don’t want them to get sick or suffer side effects either. I just want everyone to extend that same attitude to women—that same respect for our human bodies that was extended to men.

There’s been a lot of talk about “reproductive rights” in our day, which ironically includes a woman’s “right” of access to these chemical contraceptives. But in my view, any organization that supports such contraceptives is selling out crucial women’s rights. I think instead we should be insisting on “reproductive respect” for women on a par with what men have long enjoyed. The respect that says, “Just as I wouldn’t risk shrinkage or unpleasant side effects, let alone risk physical harm or death for myself, of course, I don’t want my wife, my daughter, my sister, or any woman to risk or suffer physical harm.” Such a respect would recognize that pleasure and convenience don’t trump women’s well-being. Equal reproductive respect would dump chemical contraceptives for women as well as men.

The beauty of fertility awareness based methods (FABMs) is that respect is built in. These methods require learning about human fertility, learning about a woman’s cycle, and respecting the natural course of her cycle. When used to avoid pregnancy, FABMs require the love and respect to put the wife’s well-being ahead of constantly available sexual gratification.

And the interesting thing is that FABMs, which require respect, also build respect. When a husband doesn’t pressure his wife to use contraceptives, cares about her and her health, and is thus willing to practice periodic abstinence, she feels very loved and respected. This in turn leads to a deepening of her love and respect for him. This is one of the reasons that divorce is so very rare among couples who use FABMs: the loving respect for his wife on the part of the husband increases her loving respect for him, which in turn helps their love to grow in an ever-upward spiral.