How Fertility Awareness Goes Beyond Politics or Creed

posted on September 5, 2019 by Cassie Moriarty

Have you ever heard that “Fertility Awareness-Based Methods are for _____?” For hippies? For Catholics? For conspiracy theorists? There’s a lot of ideas out there and that to use a Fertility Awareness-Based Method (FABM) for family planning, you have to fit a certain box and hold certain ideologies. But the truth is that the “type of person” (and their motivations) to use a FABM are as varied as a diner menu.

Among the many women and couples who choose natural family planning, you’ll find the hippie who charts her fertility and grows her own vegetables and bypasses shaving her legs. You’ll also find the high-powered career woman who wants to avoid the side effects of the Pill. You’ll also find the woman who, due to religious or other beliefs, doesn’t see contraception fitting with her views on marriage and family. You’ll also find top athletes who want to optimize their fitness routines.

The only thing all FABM users have in common? Each wants to know more about her body. 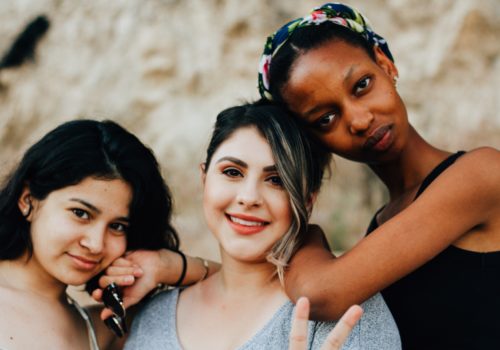 While it’s becoming more common to ditch the Pill—during the six-year stretch from 2008 to 2016, users of FABM increased from 1% to 3% in the United States—it is still viewed as an alternative choice to chart your fertility. It often gets lumped in with other alternative routes of healthcare, from scientifically backed practices, like massage, to those a little more ethereal like crystals and energy healing. But the truth is that Fertility Awareness-Based Methods are about as evidence-based in improving women’s health as exercising is to improving cardiac health.

It’s worth considering pharmaceutical companies’ influence in the healthcare system. Around the mid-80s, pharmaceutical companies switched from advertising the Pill as a means of birth control to more of a lifestyle choice. Elizabeth Siegel Watkins explains in her research paper “How the Pill Became a Lifestyle Drug: The Pharmaceutical Industry and Birth Control in the United States Since 1960” that, “Marketing decisions, rather than scientific innovations, have guided the development and positioning of next-generation contraceptive products in recent years.” It’s easy to market something that claims to not only solve all of women’s hormonal ailments, but also fits a larger political movement. But choosing a FABM doesn’t mean you are “anti-pharma.”

It’s important to keep in mind that doctors want to help women by giving them something that will work. And when it comes to short-term goals of pregnancy prevention and period management, hormonal contraception seems to work. It prevents pregnancy (most of the time), it clears skin, it eliminates painful bleeding, and some types of hormonal contraception even give a sense of “regulating periods” by giving women a hormonal withdrawal bleed every 28 days (for an explanation on how this isn’t actually menstruation, read more here).

Hormonal contraception was approved by the FDA in 1960 and in the 60 years since the composition of the Pill hasn’t been altered that much. Dosages have simply been lowered in attempts to minimize unsavory side effects. But in recent years, research about hormonal contraception’s harmful impacts, both direct and indirect, have proliferated. Simply put, the effects of clear skin and lighter periods come with a heavy cost like increased risk of depression, irritable bowel syndrome, and even breast cancer. And women, no matter their political or ideological beliefs, are seeking alternatives.

It just so happens that the healthy, side-effect-free alternative is to learn a Fertility Awareness-Based Method. You can monitor (and treat) endocrine, metabolic, and structural disorders, achieve and avoid pregnancy, and be in the know of what’s going on in your hormonal health. Chelsea Polis’ most recent interactive study shows that we can see very high efficacy rates when used as a natural birth control method, with proper support and education and the right blend of biomarkers. Natural Womanhood has a chart of FABM effectiveness rates compared with commonly used birth-control options too. In other words, Fertility Awareness-Based Methods are not your grandmother’s rhythm method.

To benefit from these high efficacy rates, it’s important to be taught by a certified FABM instructor. It’s also important that your method is observation-based and not estimation based. In this 2016 study, the differences between the two types of charting are discussed, and roughly 80% of cycle-charting apps are failing to identify the evidence-based fertile window, misclassifying either fertile days as infertile or infertile as fertile. But when a woman is using an observation-based method of charting her cycle, she can confidently and accurately find her fertile window as well as encourage natural normal progression of the ovarian continuum. In this article from the Reproductive Research Health Institute, scientists confirm that “hormonal balance of sex steroids proper to the different life stages will help improve women’s well-being throughout their lives and prevent neurocognitive dysfunctions.” That is, leaving ovulation uninhibited by the synthetic hormones in birth control drugs will help women’s overall health in multiple ways.

Choosing to chart your cycles doesn’t necessitate an act of rebellion against the medical establishment, political agendas, or anything else. It can be as simple as wanting to know more about how your body works. It’s so important for organizations like the Fertility Appreciation Collaborative to Teach the Science (FACTS) to continue to bridge the gap between fertility awareness educators and medical practitioners.

Modern medicine has decreased infant mortality, allowed diabetics to enjoy life, and given people with failing organs another chance at life. Charting your fertility doesn’t mean you never take Tylenol or don’t vaccinate your kids. (Although you can certainly find those folks. Remember I said diner menu?) That’s what is so exciting about the development of groups like NaProTECHNOLOGY and FEMM because they are blending the best of both worlds—the fertility health world and traditional Western medical practices.

I recently heard a colleague say, “No single practitioner can be the sole caregiver to a patient. It takes a team.” Sometimes we need an OB, a nurse practitioner, a massage therapist, a nutritionist, and—you guessed it—a Fertility Awareness Educator. We’re all on the same team toward full patient wellness, and we want women’s fifth vital sign in working order!

Any way you slice it, Fertility Awareness Methods are backed by science and are evidence-based. There are innumerable reasons to chart your fertility—none of which necessitate being “anti-science,” “anti-pharma,” or “anti-medical establishment.” Because, as it happens, good health is something that is not only achievable by multiple means—it’s also something that’s measurable.