Waiting for sex with a purpose: how fertility awareness methods can change your life | Natural Womanhood
Natural Family Planning

Waiting for sex with a purpose: how fertility awareness methods can change your life

“My wife and I, we did a 90 sex fast. 90 days. No sex,” says Terry Crews in the video below. Until last week, I had never heard of Terry Crews. This short video showed up on my Facebook feed and I couldn’t help but take the 60 seconds to watch it, like 4 million other people (guys?). No sex for 90 days! Nada. Call it abstinence, fasting, chastity, masochism…what is this about?

I can imagine at least two guys’ reactions to Crews’ intro statement: “Dude, are you crazy?” or “Join the club of frustrated people (men and women) who are struggling to make this part of their life work.” After all, in a recent large scale study of married adults ages 18-60, one in five (20 percent) said they had not had sex in the last month and 6 percent had not had sex in over a year. 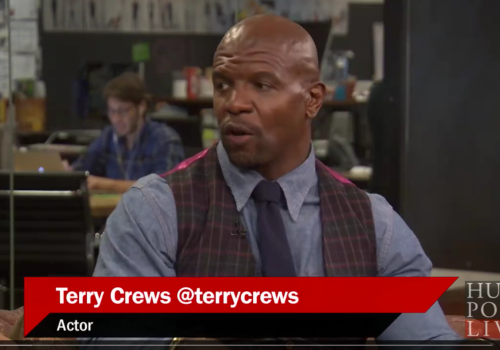 How A 90 Day ‘Sex Fast’ Changed Terry Crews’ MarriageTerry Crews completed a “90-day sex fast” with his wife and that it left him “more in love” and “more turned on” than ever.

But why would Crews purposely choose to “go off” sex when he didn’t have to, and then brag about it on TV? He goes on:

According to Crews, those 90 days were life changing. He figured out the true person behind the woman he loved, and the love he really wanted from her. This tells me that until he and his wife paused all sexual activities, they were likely committed but weren’t well connected.

His experiences can cause us all to question how connected we are in our sex lives, regardless of the frequency of intercourse we can boast. Sex can be rewarding individually, as physically, men don’t need an intense emotional connection to get the “high.” Can it actually blind us to the other person like it did Crews? What Crews is also saying is that when we really seek to get closer to the other person, to know her, to be vulnerable and transparent with her, the previous high was nothing, like smoking without inhaling, or eating without tasting.

Based on Crews’ experiment, there is something about waiting for sex with a purpose. Sex is more. More than a personal high, more than the satisfaction of an appetite or the release of a tension. Crews is telling the world that guys are made for more and are longing for more.

Yet, some of our readers are thinking: I wait often, yet it’s not making a difference. So what’s the secret?

Crews’ revelation about sex and relationships is one of particular benefits of using natural family planning (NFP) and fertility awareness methods (FAM).

For most couples who use a form of FAM or NFP, “fasting from sex” is not news. Abstinence during the fertility window is what you do to avoid getting pregnant. It’s not 90 days long though. Depending on the cycle of the woman, her ability to chart more accurately, and how ready the two of them are to take chances with pregnancy, it varies from 8 to 12 days every cycle.

The time of abstinence is not a time when the partners avoid each other, on the contrary: it’s time to show love and longing for each other in different ways. It’s dating time all over again. It’s a preparation for the time when you can. “Then when you can,” says a man I interviewed for our upcoming documentary, “it’s more special, it’s full of emotion…it’s like a bunch of honeymoons.”

In my somewhat brief experience with the world of NFP (seven years), I have met a good number of closely connected and happy couples, who are a showcase of what Crews described happened to his relationship with his wife. These people are more in love, more connected, and enjoying sex more than the average couples. You watch and listen to them and you can tell the profound peace and happiness that is going on, even when they have been together for 20-30 years. If you ask, many of them will tell you about the “life before and after,” life on contraceptives and then the life with fertility awareness methods.

There is a reason. These methods have a rhythm of a monthly time of “sex fasting.” Every month a couple using NFP/FAM gets a chance to do what Crews did once in his life and will never regret.

Condom or no condom?

Abstinence during the fertile period is not required by all methods. In FAM/NFP world, there are two schools of thought on this matter.

The reasoning of the NFP school is that using a barrier in general is against the philosophy of NFP (and often against the religious beliefs of its practitioners), which seeks total union, unhindered by any physical barrier. For the FAM people, since the time of fertility is also when some women’s hormones give them the most drive for sex, they view sex during that time as a way to honor that desire. NFP folks argue that by doing so, FAM users take a chance. Since using a barrier like the condom means a low effectiveness rate (18% rate of failure) right during the time of ovulation, can greatly increase the chance of pregnancy. As a result, the tested effectiveness of the FAM (96-99% success rate) they use goes out of the window.

That’s one reason why at Natural Womanhood, we encourage people to follow the principles consistent with NFP practices, using abstinence only. The other reason is relational, and Crews, unintentionally, put his finger on it. Yet it’s not a given, not automatic.

The dance of intimacy

Not all people who are using an NFP method by the book are having a great time at it. In fact, in a 2004 study done by Marquette University, about 5% of the individual responses from the 678 respondents expressed that the time of abstinence was difficult. But the large majority of the responses claimed that these methods improved their relationships.

So how can Crews, in his 90-day experiment come out a happy man, and how can everyone else emulate it?

It will be easier to get that kind of intimacy for some people than for others. Everyone has a unique history in this area, because sex and intimacy involve a complex range of physical and emotional faculties, and your life experience and that of your partner will play a role. Yet, the Anna Karenina principle that there are many ways to do things wrong and one way to do things right applies here. Here is my theory:

It starts with getting rid of stuff that make sex a consumer experience (condoms, pills, et al) and removing communications barriers between the partners about sex. And fertility awareness methods help with that.

The need to create intimate experiences come next. Put aside for a moment any worry about the ability for sex, the lack of it, and the challenges you physically experience when going without it. The greater need is intimacy, and that can be the focus during the fast. Focusing on the physical need is like dropping the prey for its shadow (“Lacher la proie pour l’ombre”).

We must learn to redirect our sex energy to activities that make us feel whole while we’re waiting. In order to accomplish that, one needs to find outlets for the sex drive in other forms, and for a man it is caring for others and themselves for completely gratuitous reasons. Not washing dishes so that you can “get it later.” Work at making your wife fall in love again.

Finally, there is possibly a need to heal. The challenge a man experiences to become intimate with a woman is not to be judged. Too many men feel guilty and responsible for it or just give up. We all have different predispositions, different experiences. Someone who was abused or grew up in a family where sex was demonized will have a harder time trusting and experiencing unity in sex. It is to be understood and healed. It is a wound, a sign, and an opportunity, as the challenge to get closer can be the key for a greater freedom. 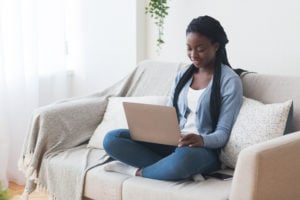