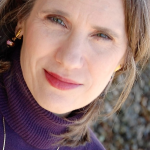 At Natural Womanhood, we write frequently about the relationship benefits of natural family planning (NFP), and rightly so. Especially when compared to more “conventional” methods of contraception, and all the issues they can bring to relationships, NFP and fertility awareness methods (FAMs) can be an excellent way for couples to take ownership of their reproductive health, while growing in improved communication and intimacy with one another. But we would be remiss if we failed to point out that NFP and FAM–like any other family planning method–also has the potential for misuse, and can even be used to abet sexual abuse.

Some time ago, a woman named Rita* reached out to us, asking that we highlight the issue of NFP and abuse. She rightly pointed out that this is an issue that often goes undiscussed, leaving the women who experience it feeling alone, at fault, and in danger. Rita herself is the victim of such abuse, and after we reached out to her for an interview, she bravely shared her story with us. With her permission, we are sharing it here today. We thank Rita for her courage and willingness to bring awareness to this issue, so that other women who may be experiencing similar dangers can get the help they need.

With April being Sexual Assault Awareness Month, it is time we highlight Rita’s story. We believe this is an important opportunity to bring awareness to these issues, and to provide resources and encouragement to the women facing them.

The following interview between Rita (*a pseudonym) and writer Jeanette Flood has been lightly edited for clarity and to provide context where needed.

“I’ve been married for over a decade, and my husband is a pornography user and sex addict,” begins Rita.

“I had told him before we got married that I wanted to use Natural Family Planning as our family planning method, and I did a distance learning through Couple to Couple League. But because of our work, my husband and I were not together, we had mostly a long-distance relationship for most of our dating and engagement. So, I took the class by myself and just kind of filled him in, so to speak.”

Pressured into sex, and gaslighted for being fertile and desiring children

“Once we were married,” Rita continues, “we were still not able to live together for about a year, and in that first year we did visit each other. And there were times when I was fertile, and my husband would convince me to not worry about it, like, ‘Oh, you’re not really gonna get pregnant,’ that sort of thing, and that became kind of a pattern.”

“Of course, I did get pregnant when we had sex during my fertile period. And that was one of the lines that he used; he cast doubt on my ability to discern my fertile signs. He would say: ‘What are the odds that we’re gonna get pregnant? We’re just going to have sex once.’ He didn’t like to have sex during non-fertile times, I noticed, or he was less eager then, and more eager during the fertile window.”

“Also, he knew that I wanted a large family, and he had agreed that he was okay with that. But if I said that I needed a break and a longer time between children, he would say, ‘Well, maybe we should just stop here,’ and act like he was no longer going to accept having more children. He would kind of chip away at what I thought was valuable sometimes, and use that to manipulate me into having sex when I was fertile.”

“And then also, because of his pornography, which he never stopped using, I was afraid that if I wasn’t constantly available when he wanted to have sex, that he would increase and continue his pornography usage, and I think in the back of my mind I was also afraid of him cheating on me. And so, within the context of the marriage, the real problem, both from a relationship perspective as well as from an NFP perspective, is I really didn’t have the freedom to say whether I wanted to have sex or not.”

“So, the idea of being able to say ‘no,’ and that ‘no’ doesn’t mean ‘I reject you’ or ‘I don’t love you,’ it just means ‘I’m not having sex with you right now’–I didn’t know that I could do that, that it was okay for me to do that, and I definitely didn’t get the message from him that he was okay with me doing that. So that’s the pattern that I really saw.”

“And so, I thought that I just was a horrible NFP user, and was a failure at NFP, where in fact, there was an unhealthy relationship, and in the past couple years, my husband had used more manipulation and eventually, even force, to force me [to have sex],” recounts Rita.

“You should get on birth control”

Unfortunately, when Rita reached out to a trusted medical provider for help, she was met with that catchall solution to seemingly every feminine issue: Just get on birth control.

“During my last pregnancy,” says Rita, “I told my midwife that my husband was pressuring me to have sex with him. Her response was to recommend that I switch from NFP to using hormonal birth control, so that if the sexual coercion continued, at least I wouldn’t have to deal with an unplanned pregnancy.”

“Obviously this was not helpful advice,” says Rita, “as it shifted the focus from the main problem: my husband was sexually abusing me. There is a vacuum of information in the NFP world on how to deal with abuse when a spouse pressures the other into sex, and abused women may cave when doctors or midwives offer contraception as a tool to mitigate consequences of sexual abuse.”

When given this option by her medical provider, Rita realized: “It wouldn’t be a solution because even if the contraception would prevent pregnancy, it wouldn’t get me out of the abusive dynamic.”

Responding to abstinence with violence

Thankfully, Rita is now safe. She is separated from her husband, and says she has measures in place to continue keeping her safe. But unfortunately for Rita, she was not able to find safety before things with her husband took an even more violent turn. Upon learning that her husband’s sex addiction had led to him having an extramarital affair, Rita instituted a set period of abstinence with her husband.

“And he responded with violence when manipulation no longer worked,” says Rita, “you know, saying things like: ‘Well, you’re my wife, and this is going to damage our relationship further,’ and all these things. When I wouldn’t listen to that manipulation, he used force and violence and deception to get me to have sex. And it was ultimately that level of manipulation and violence that led to our separation.”

“The NFP was kind of the tip of the iceberg–the problems with the NFP,” says Rita. “And when his sex addiction really exploded, that’s when I was able to see that the entire dynamic was abusive, because of his response to abstaining for so long.”

Rita’s story emphasizes that NFP or FAM must always involve the mutual respect of partners, and shared decision-making and agreement about family planning desires; anything less raises significant cause for concern of abuse.

Her story also highlights that offering contraceptives to women in abusive relationships places a Band-aid over the real issue–the abuse. In fact, birth control itself (along with abortion) has been shown to aid and abet the abuse of girls and women, as evidenced by its role in sex trafficking.

In other words, spousal abuse is sadly not a problem unique to NFP. However, as Rita points out, there are unique hurdles to unveiling and addressing the abuse that occurs in a marriage where a couple is using NFP instead of contraception–difficulties that can make it even harder, in some respects, for the abused partner to get the help she needs.

In Part II of our interview with Rita, she’ll be sharing some of the changes to NFP instruction she believes would help more women recognize and leave abusive marriages–and perhaps help them avoid entering abusive relationships in the first place. Tired of the Critical Comments about Your NFP Use and Pregnancy or Parenting Choices? Boundaries Can Help