My Journey to Find Real Treatment for PCOS 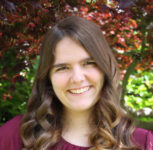 When Maria was in high school, her health seemed pretty normal. Her period stopped for months at a time before starting back up again, which she didn’t think much about until her pediatrician decided to take a closer look at the situation. Suddenly, Maria and her health were on a rollercoaster journey, which eventually led to a diagnosis of Polycystic Ovary Syndrome (PCOS). Along the way, Maria learned firsthand just how important it is to find doctors who will listen to girls and women—doctors who are dedicated to getting to the root cause of reproductive health issues, who offer real treatment for issues like PCOS, rather than quick, band-aid fixes like birth control. Read on to learn more about Maria’s journey… 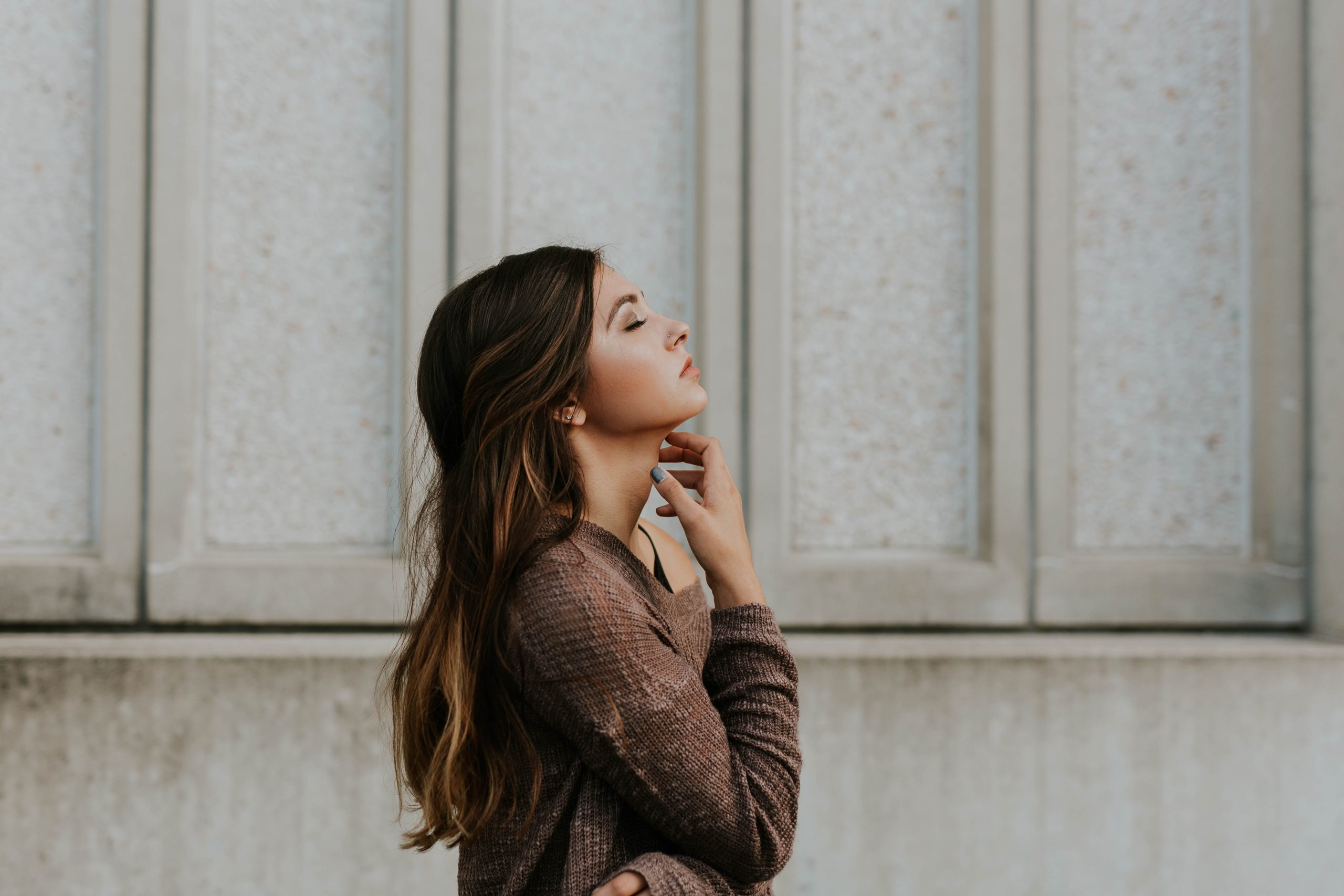 When I was a senior in high school, I lost my period for three months in a row.

Because that had also happened the previous year, I didn’t think too seriously about it. My mother, however, mentioned it to our family pediatrician, who in turn wanted me to schedule an appointment. A blood sample turned up high in androgens, and I was referred to an endocrinologist.

The endocrinologist suspected Polycystic Ovary Syndrome (PCOS), a medical diagnosis I had never heard of before. She mentioned birth control as a form of treatment, but my family wasn’t enthused with the idea, so she dropped the subject. The endocrinologist didn’t actually diagnose me with PCOS, but instead with insulin resistance. Her recommendations were to cut sugar and white carbohydrates and eat many small meals throughout the day instead of three larger ones.

I followed her advice, but found myself feeling hungry most of the time—just as I had my whole life. Raising my insulin levels many times a day actually left me hungry constantly even after eating. I ate more, and my blood sugars bounced up and down. (Unsurprisingly, medical science has since changed its mind about the wisdom of frequent eating for those with insulin resistance, as every time a person eats, his or her insulin levels rise.)

My cycles continued to be inconsistent, and I developed hirsutism. The endocrinologist referred me for an abdominal ultrasound, which did not show that I had PCOS. But I started doing my own research, and more and more, I could see that my body was showing glaring symptoms of PCOS. Reading more about hormones made me wonder whether my insomnia was also hormone related. Even as a child, I never seemed to get sleepy. I became more and more wired until I was too exhausted not to sleep.

“If you don’t want birth control, I have nothing else to give you.”

The following year, I returned to the endocrinologist prepared to set the record straight. What I was doing wasn’t working. This time, she was adamant about birth control. Having had a year to do my research, I had read various online sources stating that oral contraceptives could have a devastating effect on a woman’s ability to have a healthy cycle again if she had PCOS. I wasn’t about to budge, and the situation soon turned into a standoff between the endocrinologist and my family. Finally she told me, “If you don’t want birth control, I have nothing else to give you.”

Wanting treatment for PCOS, but getting accused of lying and overreacting instead

Deciding that my blood sugar problems might be dealt with more effectively outside of the pediatric clinic, we moved my primary care elsewhere. I soon missed my pediatrician greatly. The new doctor had never heard of PCOS, and she was unconvinced that I had insulin resistance. No matter how many symptoms I brought up, she seemed to believe I was overreacting. In her mind, I was healthy. The sinking feeling started to set in: this woman thinks I’m a hypochondriac. Still not willing to give up, I tried to tell her about the absentee period. She offered me a pregnancy test. I was young and unmarried. I tried to explain that it wouldn’t be necessary, but the words seemed to have no effect on her. The doctor acted like I might be lying. Once again, it was a dead end—and a frustrating one at that.

Finding a doctor who would listen

Then, something life-changing happened: a friend of my mother’s recommended the St. Paul VI Institute. The St. Paul VI Institute, as I would come to find, is the pioneering force behind the Creighton Model FertilityCare System and Natural Procreative (“NaPro”) Technology, and is internationally recognized for its achievements in natural fertility regulation and reproductive medicine.

To be admitted as a patient at the Institute, I first had to learn the Creighton Method of natural family planning, in order to chart my cycles. My first Creighton practitioner, knowing I was a college student, offered to teach me for the mere cost of the materials. To this day, it still amazes me to think of her generosity which would eventually change my life so much down the road.

Once I learned the method and was admitted as a patient, I had a discussion with a doctor through the St. Paul VI Institute that was vastly different from all of my prior experiences in getting to the bottom of my issues. This doctor didn’t think I was overreacting to imaginary symptoms. She didn’t present a superficial understanding of PCOS and give suggestions that could actually make the condition worse. She actually listened! Once I had finished my long list of mystery symptoms, she told me I was pretty much the poster child for PCOS. I had never heard anything so comforting. Previously I thought I had a long list of “biological quirks.” Finally, a second ultrasound (this time an internal one) proved that I really did have PCOS. Now I realized I had one condition—and that it was treatable.

My doctor recommended that I start taking bioidentical progesterone, to reduce the risk of cancer that comes with not receiving that beneficial dose of natural progesterone that a woman’s body produces when she is cycling normally. She also recommended surgery to treat my PCOS.

The St. Paul VI Institute never pressured me toward choosing surgery. Ultimately, it was my decision that I wanted to undergo surgery. It is a decision I have never regretted. My doctors were knowledgeable, compassionate people who I trusted greatly. I knew that I would be in good hands when they began my surgery.

After the surgery, my life changed in a lot of ways. While it isn’t unusual to need a progesterone boost to achieve normal hormone levels, I was told I would have a natural period—and it came true. Moreover, for the first time in my life, I experienced what it was to start getting sleepy at about the same time every night. I also started feeling satiated after eating. I now feel full more often than I feel hungry. Of course, surgery is not the end of all treatment for PCOS. Diet and exercise remain extremely important in managing the disease, and sometimes supplements of bioidentical hormones (not the synthetic ones found in oral contraceptives!) are necessary.

My relationship with NaPro Technology and the St. Paul VI Institute has been one of hope and healing. I will be forever grateful to my first practitioner who taught me the Creighton Method, and the doctors there who not only listened to me, but offered treatments that addressed the root causes of my PCOS symptoms—rather than ignoring them, or pushing me onto birth control to mask them. Not everyone in the world knows about NaPro, but for women who do turn to NaPro, it makes all the difference in the world.

Are you (or someone you love) struggling to get to the bottom of any reproductive health issues? Are you tired of being ignored, told that your problems are “all in your head,” and being offered nothing but birth control to “treat” your condition? Check out our list of doctors offering restorative reproductive medicine via telehealth, and read on to learn more about what fertility awareness and NaPro have to offer:

Trying to Conceive During COVID-19: Natural Infertility Solutions to Explore

Maria Brown is a graduate of Thomas Aquinas College. She enjoys writing, gardening, theology, and board games. After her diagnosis with PCOS, she became a passionate advocate of the Creighton Model FertilityCare™ system.