Menstruation is Healthy, But Some Doctors are Telling Their Patients Otherwise

In a recent article published at The Kit, “Are Periods Really Necessary? Why some doctors say skipping periods with birth control is NBD,” author Sydney Loney discusses how many doctors are telling their patients that the simulated period that comes as a result of the Pill isn’t necessary for women to remain healthy. 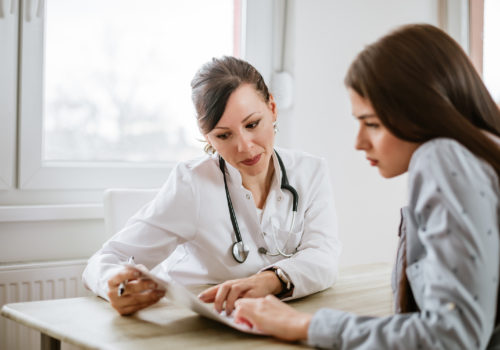 Loney opened up about how when she began birth control at age 18 she accepted the monthly period of bleeding—which she thought was totally natural—as a sign that her body was functioning as it should. But according to Dr. Nicole Todd, an obstetrician-gynecologist at B.C. Women’s Hospital and Health Centre in Vancouver, isn’t a true period—shedding of the uterine lining—but a side effect of the drug that manifests as your body withdraws from the heavy hormonal intake.

According to Todd: “Some think it feels more natural to have a period, even if it’s only a pseudo-period; some like to be reassured that they’re not pregnant; others believe that women need to have a menses of some kind to be healthy.”

However, an increasing number of doctors are telling their female patients that menstruation is not necessary and that the bleeding period prompted by the birth control pill doesn’t need to be part of a woman’s routine. The article points to a 2017 study published in the British Medical Journal Sexual & Reproductive Health that “concluded that there is no scientific evidence to support taking a seven-day break from birth control—and that hormonal contraceptives that follow that cycle should be replaced either by continuous or extended regimens.”

However, as the Kit article points out, some disagree with this line of thinking. In the book, Heavy Flow, Breaking the Curse of Menstruation author Amanda Laird, the Toronto-based podcast host of Heavy Flow and a registered holistic nutritionist, has the following to say: “As a holistic health practitioner who looks at the overall health picture, I find the idea that you can simply shut off a single bodily function without consequence to be extremely short-sighted.”

Laird asks readers to not consider whether or not it’s natural to bleed while on the Pill, but rather if it’s natural to bleed at all. Laird is concerned that we are teaching girls that menstruation is a bad thing: “Menstruation is not only a normal thing, it’s a vital physiological function,” she said. “Once we reframe it, maybe we won’t see it as so inconvenient—and maybe the decisions we make around it will be different.”

Laird’s words ring true; not only does this line of thinking contribute to the stigma that already exists surrounding menstruation, but it also fails to educate women about their body’s natural function and rhythm. The Pill’s many adverse side effects should be taken seriously, and furthermore, true healthcare should equip women to be educated about the real processes of the menstrual cycle, not pharmaceutically altered versions of it. By charting with a Fertility Awareness-Based Method and becoming acquainted with her body’s unique cycle, a woman can confidently listen to her body and, instead of rejecting what is natural about it, embrace it and manage it with confidence.