The population control campaign in Nigeria: a call for help | Natural Womanhood
Birth Control Side Effects

The population control campaign in Nigeria: a call for help “My name is Nkechi Asogwa. I am a medical practitioner in Lagos, Nigeria. I came across the trailer of Natural Love Stories film and would like to have a copy if possible. It will really be a useful tool to help the teenagers, youths, and married women who are now being lured into using contraceptives in Lagos without being told the risks they are running.”

Dr. Nkechi Asogwa is the director of Doctors Health Initiative, a Non Governmental Organisation (NGO) with eight physicians and 50 affiliated medical professionals who provide life-giving care to up to 3,000 women a year. She reached out to us for help, as her country is under assault.

Almost at the same time, Angela Odah, another activist in Abuja, a city hundreds of miles away from Lagos, emailed us seeking a partnership with Natural Womanhood. She told me that international organizations are pressuring women in her country to accept contraceptives as “women’s health care.”

The population control campaign in Africa is described in Family Planning 2020, an international plan funded in part by the Bill and Melinda Gates Foundation, Bayer Health Care, and Merck, and implemented with the support of large NGOs like Marie Stopes International, Planned Parenthood, and USAID.

The plan for Nigeria aims at increasing the rate of contraception use from 15% in 2014 to 36% by 2018. To accomplish this ambitious goal, the plan calls for an aggressive “demand generation effort,” which includes targeting “identified high-priority segments (e.g., adolescents/young people, unmarried women).” The plan then includes supplying long-acting reversible contraceptives (LARCs) for free to the population in a systematic fashion through the public and private health network[i]. The budget is $600 million over four years.

This plan to cut birth rates through contraception is proposed as a solution to reduce maternal and child mortality. “Family planning offers a host of additional health, social, and economic benefits,” the plan tells us. “It can help slow the spread of HIV, promote gender equality, reduce poverty, accelerate socioeconomic development, and protect the environment.”

A driving factor is the enduring fear of overpopulation in Africa, and the desire for a drastic reduction of the fertility rate, which is currently 5.5 per woman in Nigeria. “Earth is a finite place. The more people who inhabit it, the more they must compete for its resources,” says a recent article in Scientific American calling for the increase in contraceptive policies in these regions. The pressure is high.

Our concerns with such plans

Our first concern is for the women. Are Nigerian women educated about the side effects of these drugs? We know enough about the short- and long-term side effects of these drugs on women in the West, including breast cancer, blood clots, depressions and other ills. We know that even here women are not properly warned about these risks. Imagine what it is like in these countries where even basic care is rarely provided.

Depo-Provera, one of the drugs promoted heavily in Africa, carries a black box warning in the US because it causes bone thinning and can lead to early osteoporosis. The strongest warning that the FDA requires, the black box signifies that medical studies indicate that the drug carries a significant risk of serious or even life-threatening adverse effects.

“No one cares about telling them the side effects,” Dr. Asogwa told us.

When problems arise, women in Africa don’t have access to the same support of care that we do in the West. “Where Europe and America have their well-oiled health care system, a woman in Africa with a contraception-induced blood clot does not have access to 911 or an ambulance or a paramedic. No, she dies,” wrote Obianuju Ekeocha, a Nigerian woman and scientist who wrote an open letter to Melinda Gates.

The scope and methods of the campaign are also frightening: “The government clinics automatically give hormonal contraceptives to any woman of child bearing age once she has had a baby,” writes Dr. Asogowa. “Our personal investigation has shown us that health care providers and workers are given monetary incentives by companies who produce these contraceptives.”

Finally, there is a societal concern. Nigerian culture is entrenched in both Christian and Muslim traditions. Welcoming children and large families are part of their traditional values. “Amidst all our African afflictions and difficulties, amidst all the socioeconomic and political instabilities, our babies are always a firm symbol of hope, a promise of life, a reason to strive for the legacy of a bright future,” writes Obianuju Ekeocha in the same letter to Melinda Gates. Bringing contraceptives at such a fast rate into society is a massive interrupter with unknown cultural consequences.

Is fertility awareness a part of the plan?

“An average Nigerian woman visits the government health centers available within the community and only gets taught how to use the artificial birth control methods. Even when some ladies who are interested in the natural method request for it, they are discouraged and told it is not a reliable method,” Nkechi Asogwa informed us. The plans I read certainly don’t include any provision for teaching fertility awareness.

Population Service International (PSI) reports promoting the Standard Day Method through the distribution of 132,000 Cycle Beads to women. But we hear from Dr. Asogwa that “one of us actually wanted a Cycle Bead after her second baby and had to go to four hospitals before she was allowed to see one and even then had to get the permission of the medical director of the hospital to be allowed to get it.”

Dr. Asogwa and Angela Odah have both asked us to help with more teacher training. What I discovered when I asked the NFP community is that most of the major organizations are represented in Africa and have teachers there. What they don’t have is the financial support that the contraceptive lobby has to create an extensive awareness campaign. Can you imagine if we invested even five percent of the contraceptive budget (or about $6 million a year) in the promotion and teaching of fertility awareness in Nigeria? So why isn’t there any funding for these methods that are healthy, effective, and much more compatible with Nigerian values?

[i] For example, Planned Parenthood of Nigeria boasts 2,300 service points, including 68 permanent clinics and a staff of 110

For more on this story, see the below articles:

NFP for Nigeria: answering a call for help

An update on our FAM campaign in Nigeria

My Christmas story: what happened when I answered an email from Nigeria 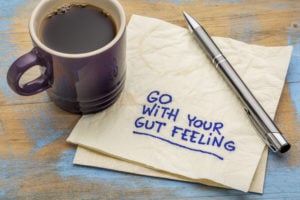