How Fertility Awareness Helps Detect Vaginal Infections Before They Get Worse 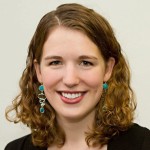 An infection of any kind should be taken seriously. Often, the initial signs of a vaginal infection include the discharge seen when using the bathroom, even before any other symptom appears. Some common infections that cause a discharge include yeast infections and bacterial vaginosis, certain sexually-transmitted diseases, including gonorrhea, trichomonas, and chlamydia, as well as endometritis.

When you have learned to chart your cycle with a fertility awareness-based method, you can detect the symptoms of a vaginal infection early and get the help you need before it gets worse.

The Mayo Clinic reports that vaginal yeast infections affect up to three out of four women at some point in their lifetimes. According to the CDC, up to 29% of women are affected by bacterial infections. This 2005 article claims that “Vaginitis is the most common gynecologic condition encountered by physicians in the office.” 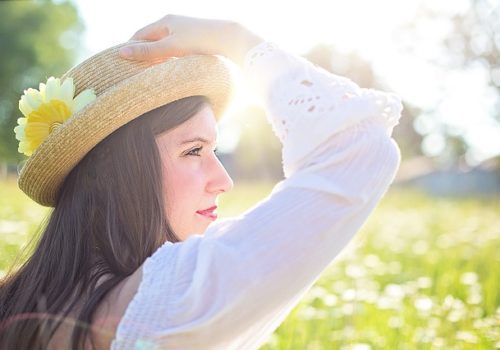 Yeast infections are common among teens, and single women are also likely to experience vaginal infections. That’s why charting their cycles can be an amazing tool even for women who are not sexually active.  Here is how.

Earlier this year, Ginnie Ree, a sympto-thermal user, resumed charting her fertility after the birth of her second child. FABM users typically begin charting again once the lochia (postpartum bleeding in the days after delivery) wanes. After her first week back to charting, Ginnie began seeing what appeared to be cervical mucus, but it was strangely discolored. It began as yellow and then progressed to an orange color instead of the typical cloudy or clear. She had a suspicious feeling that something was off.

Ginnie had experienced some tearing during childbirth that required suturing by her midwife. In seeing this discolored discharge coupled with increasing pain, she realized that the tear had become infected. The stitches were still intact (they were the dissolvable kind), and she needed to have the stitches removed in-office. In the days following, she took sitz baths, the infection subsided, and she began feeling normal again. Her diligence in charting gave her valuable information so she could begin feeling better.

The first step is to know what is a normal discharge and what is not. When charting, you can observe your normal, natural cervical mucus in regular cycles around five to eight days each cycle, progressing in its qualities and quantity. It begins as a pasty, cloudy discharge that barely stretches and is seen infrequently and advances to the consistency of egg whites in larger quantities by the estimated time of ovulation.

If you are seeing something outside of this time—between your period and your mucus build-up or after your egg-white mucus— you could be experiencing an infection. Contrary to the normal vaginal discharge of cervical mucus, discharges from an infection may have a strong odor or be associated with itching, burning or pelvic pain or pain during intercourse.

Thanks to this ability to detect the infection, you can be proactive at the first sign of a yeast infection to prevent it from getting worse by making dietary and hygiene modifications, as well as trying over-the-counter remedies for yeast infections. When it has progressed further, a doctor’s visit will become necessary.

What should you expect from visiting your medical provider to be treated for a discharge? Your provider will likely conduct a thorough health history intake related to the onset of the discharge, a pelvic exam, and possibly a swab for a culture. Treatment can vary greatly based on the condition.

During an infection, it is important to stay in touch with your fertility awareness teacher for clarity and if you seriously want to avoid pregnancy, you may want to err on the side of considering yourself fertile, and consider using a cross-check (temperature or progesterone blood draw or urine test) until the infection is treated and you have greater clarity about your observations.

When a persistent or acute discharge is resolved, you can resume normal charting and regain the sense of peace and confidence that comes with it. The regular habit of an observational routine puts a valuable diagnostic tool at your fingertips. Read here about other health benefits of charting your cycles. Ready to learn? Here are different methods and resources to do so.

Liz Escoffery, CFCP is a Certified FertilityCare Practitioner and Birth Boot Camp Instructor in Zionsville, Indiana. In May 2017, she earned her Master of Arts in Theology from St. Meinrad Seminary & School of Theology. She has helped over 175 women and couples learn the Creighton Model in-person and virtually. She and her husband Bill have two children and another due in March 2018. Learn more about her business, Indy FertilityCare at www.IndyFertilityCare.com