How Placenta Encapsulation Can Help You Postpartum

posted on January 4, 2020 by Cassie Moriarty

Although women have been doing it for centuries, it has become a growing trend since the 1970s, particularly in America, for women who just gave birth to consume their placenta. Some have it dehydrated into powder form, put into capsules (called placenta encapsulation), and take it with their daily vitamins. Others freeze it and put raw pieces in a smoothie. Some bake it in lasagna. 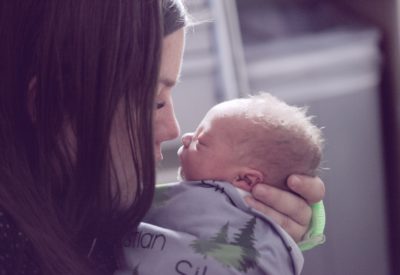 If eating your placenta sounds a little gross at first, you’re not alone; but for potentially valuable postpartum relief, take a moment to read on.

Why would women consume their placenta?

Other than the fact that mammals also do this, there is some research to back up the theory that placenta ingestion reduces risk of postpartum mood disorders, decreases length of lochia bleeding, and while it’s still disputed in lactation circles, induces increased and quicker onset of Lactogenesis II (copious milk production).

First, let’s talk about what the placenta even is. It is an entire organ that a pregnant woman produces primarily in the first trimester of a pregnancy in the uterus alongside a growing fetus. (What, you thought you just grew a baby in a pregnancy? Nope, that’s a baby and an entire organ to support it.) The placenta’s primary role is to regulate fetal metabolism, excretion, respiration, immunological hormone synthesis, and growth.

After delivering a baby, the doctor or midwife next removes the placenta. That’s the moment of truth to preserve it, for those hoping to save and consume their placenta. You’ll want to find a trustworthy local source to prepare the placenta for safe consumption, such as placenta encapsulation.

What are the nutritional benefits of placenta encapsulation?

“Placentas contain high amounts of iron and other natural hormones that are needed to maintain good physical and mental health, both prenatally and postpartum,” says Emma Whitlock, a Certified Placenta Encapsulation Specialist in Cleveland, Ohio. “It takes the body about four weeks to build back up the hormones needed for that baseline. Consuming the placenta may help bridge that gap naturally, which may help a new mom avoid synthetic iron or hormones replacement.”

Why is this beneficial? “Natural iron is more bioavailable than what you would get in a supplement,” Whitlock says. “The body may then absorb them and regenerate the levels faster and easier when they come directly from the mother’s body.  It is similar to the idea of eating fresh homegrown vegetables from your garden, rather than canned, processed food. The body benefits much better from the natural version over the modified.” In other words, placenta encapsulation is like a postpartum vitamin that’s tailor-made for each individual woman.

In addition to high amounts of iron, 450g of placenta contains:

Typically, women ingest small pieces over the course of two weeks following birth. Some women take it for longer; others, shorter. But usually they are consuming about 3000 mg (or 3 grams) of placenta daily.

Placental tissue also contains significant amounts of trace elements such as copper, calcium, magnesium, potassium, and zinc. There are also essential amino acids like lysine, arginine, tyrosine, and pretty much every type of B vitamin out there. In other words, it puts any prenatal vitamin on the shelf to shame.

Does eating your placenta make a difference?

With that being said, women in industrialized nations likely have access to a full, varied, selection of food, and have often been taking prenatal vitamins throughout their pregnancy so the boost of placental supplements isn’t doing as much for them as the primate in the wild Sahara.

After giving birth, there is a massive hormone withdrawal. This is primarily due to the expulsion of the placenta which contains such high levels of both estrogen and progesterone—but higher levels of progesterone relatively. Estrogen (responsible for the first half of the menstrual cycle) increases energy levels. Progesterone (responsible for the latter half of our menstrual cycles) is a mood stabilizer, sleep promoter, and puts brain and blood cells in “repair mode.” These high levels of hormones are likely responsible for women’s accounts of mood stabilization and energy boosts after consuming their placenta.

For women who do placenta encapsulation, there have been reports of quicker and more plentiful induced lactation due to Human Placental Lactogen, a hormone found in the placenta. It could also simply be related to the consumption of high levels of protein and fat—necessary dietary components for proper lactation.

In lactation circles, the consensus is split whether or not practitioners support placental consumption. While there is evidence for induced lactation there are many cases of quite the opposite. This is likely due to the high levels of estrogen and progesterone, which often contend with prolactin, the key hormone responsible for lactation. In some cases, the placenta is beneficial for bringing on milk, but not so helpful in maintaining an adequate milk supply.

But like everything health related, everyone has different reactions, so it is the individual who can best make decisions about their care. If a mother is struggling to maintain a supply, they can simply stop ingesting placenta and they will know within a few days if it was the culprit. In most cases, placental consumption is considered a lactation inducer.

What to watch out for when eating your placenta

While there are benefits to consuming placenta, there are also some risks and contraindications worth considering. While there are crucial trace elements in the placenta like magnesium and calcium, there is also a slight risk of very low concentrations of potentially toxic elements like arsenic, lead, and mercury. If these elements are present, they are usually below the toxicity threshold.

It is also possible that the placenta contains microorganisms that are pathogenic. Placental tissue is not sterile, so contamination can not be completely ruled out. Dehydrating the tissue significantly reduces this risk, but this also can reduce the quality of the placental hormones, vitamins, and minerals. If a general anesthetic was used during the labor and birth, it is possible that the drug was also transported to the placental tissue, so discretion should be used in that instance.

Lastly the contraindications for placental consumption are Group B Strep positive mothers and in the case of mastitis, where a clogged duct has become infected. Hormone concentrations from placenta to placenta vary wildly affected mostly by stress, mode of delivery, and dietary intake during pregnancy.

If you are pregnant, talk to your midwife or OB about placenta consumption. (If anything, they need to know for after the birth whether or not to toss the placenta!) For most moms, it’s worth a try. Weigh your risks and benefits and the only next question is—capsules, smoothie, or lasagna?