How sex ed keeps women in the dark

posted on November 8, 2014 by Anna Migeon, Writer and Co-founder of Natural Womanhood 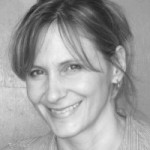 Imagine this course on nutrition: the teacher spends one session discussing the way food interacts with the human body in very general terms, and how you have a natural appetite and how you need to eat to stay alive. Then the next 10 lessons are an extensive survey of various fast food options, from McDonalds to Taco Bell. You hear general ideas about how it’s good to “eat plenty of carbs and meat, and drink a lot of milk.” Another ten lessons cover the many ways to take care of yourself when you eat too much fast food, with Alka-Seltzer, Pepto-Bismol and Ex-Lax.

The subject of nutrition is reduced to grooming students as consumers, in the best interest of the food industry and pharmaceutical manufacturers. In this class, human hunger is seen as a problem to be solved, and the solution is one designed to be as cheap, quick and effortless as possible. The humanity of the masses of the populace is sacrificed to the gods of efficiency, self-interest and profit. No one is required to learn any challenging facts about biology, which isn’t relevant in this utilitarian economy. In fact, knowledge of biology would only disrupt the system. It’s better not to know that the only methods presented for feeding yourself  will keep you alive short term while killing you over time.

That this sci-fi scenario may actually be happening in the way young American girls are taught about sex and their bodies is suggested by a recent Yale University study[i] reported in the Huffington Post: “Reproductive Health is a confusing issue for many women.”

It’s no longer actually a mystery how the female reproductive system works, yet it remains a mystery for women themselves. Most women do know at least that pregnancy somehow comes from intercourse, but that’s about it. Many don’t seem to even know that further facts are available for knowing or see why they would bother to know them.

The Yale survey of 1,000 women ages 18-40, eighty percent of which had some education beyond high school, exposed “significant gaps” and “widespread misunderstanding” in women’s health literacy. One quarter of the women surveyed did not know that menstrual cycles considered normal are between 25 and 35 days long, for example. “Complete misconceptions” of the basic facts of their own reproductive systems were revealed in half of these women. They’re completely disconnected from their own biology. But so what? The Yale University researcher advises women to “become experts on their own bodies.” But why would they need to know more? We can assume that most of them are using contraception. That’s supposed to take care of the problem of their biology.

At a Natural Womanhood presentation about fertility charting and natural birth control, I asked a group of 50 women, “Ladies, do you know how to tell when you are ovulating?” I didn’t ask them if they actually knew what ovulation was, which may have been a better question to start with. One woman hesitantly half-raised her hand. To be fair, many of them probably weren’t actually ever ovulating, because 50% of them reported they were using contraceptives, so I guess it was a trick question. From the puzzled looks on their faces, I wondered:

A.  If they knew what ovulation was.

Or B. If they were surprised that it was something anybody could even know.

Or C. If they were wondering why any one would care to know that, since we have contraceptives.

What we hear most often is “give them more sex ed” so that teens don’t get pregnant or catch an STD while engaging in whatever sexual activity they want to engage in.

More of the same sex ed as it we teach it now isn’t going to make women experts of their own bodies. That’s not what sex ed is about. As the results have made clear, girls are learning precious little about their own biology. Contraceptives make up the bulk of the syllabus of the National Sexuality Education Standards[ii]. The standards were developed with the best of intentions, I’m sure. But they basically skip over what is truly the foundation of all knowledge on the subject: human reproduction. One unit covers both male and female. Six units go into deciding which gender and sexual orientation you want to decide to be, followed by unit after unit on reducing the risks of sexual transmitted diseases and pregnancy by using contraceptives. Two whole units are devoted to the condom alone.

Sex ed is a true education on how to be a consumer of contraceptives; it’s a fast food menu of options, which seems to make knowledge of biology unnecessary. It’s not even consumer literacy, though, because kids aren’t taught the serious risks of contraceptives, since they are “the only option.” We do want them to use them, after all. Sex ed is a catalogue of weapons in the battle against biology. In whose best interest are our kids being taught so little about their own biology and so much about such products? Not the kids’.

I didn’t hear the Yale researcher give the most important reasons why teaching young women to be experts on their own bodies would be of use and neither does she propose a way to accomplish this goal with significant numbers. So  I have a proposal: teach all high school girls fertility charting.

Training in fertility charting is the best course in women’s health literacy I can imagine. Women who have learned to chart are not only practical experts in female biology in general but also experts in their own bodies. They know the answers to that Yale survey, from the facts of the natural cycle to what the signs of their own bodies are telling them, from how to know when you are ovulating and why that’s so important, to signs of dysfunction in the system. These gals are also equipped for life with an effective option, free of cost forever, to avoid or achieve pregnancy when those times come. What better place for any kind of sex ed to start? It seems like the kind of great nonpartisan objective we could all get behind.

[i] Reproductive Health Is A Confusing Issue For Many Women, Survey Finds. Huffington Post. Posted: 01/27/2014

About this article: Knowledge, attitudes, and practices regarding conception and fertility: a population-based survey among reproductive-age United States women. Fertility and Sterility, February 19, 2014. Abstract

Posted by Anna Migeon, Writer and Co-founder of Natural Womanhood